I was commissioned to shoot for Tokio Marine’s “First Touch” print ad campaign. The idea was to show that delicate moment that a family is alone together for the first time. The scenario: a couple lying in the hospital bed with their fragile new born. The challenge: everything needs to be authentic, unadorned, real. No models – real parents with their newborn in the hospital. It was a tough order but with the help of my producer, Ivy… we got to pull it off.

To make it authentic, the original intent was to get a real couple that was due for child birth, and then photograph them in the hospital where they deliver – photojournalistic approach. But after a few pre-production meetings, we recognized there were too many risk factors involved: selecting a couple due within the campaign’s deadline, permission from the hospital, and of course, the delicacy of shooting with a newborn. So it was decided that we recreate a hospital room, and shoot with a couple who has just recently delivered a baby :)

Through Ivy’s prowess, we rented out an empty condo unit with huge windows, and sourced out a hospital bed and table, couch, carpet… the works. And through Facebook and contacts, we scouted for new parents and screened it down to Kimberley & Ivan with their little one, Elijah.

Prior to shoot date, we setup the room and did a few test shots with my assistant, Matthew. We originally intended to use ambient light for a more natural look as insisted by the Creative Director… but even with the huge windows and weather cooperating with us, it just wasn’t dramatic enough. So we had to pull down the blinds and rely on light strobes instead while still making it look natural. It’s funny how sometimes artificial lights look more natural than natural lights.

On shoot date, Kim and Ivan were absolute troopers.. and 1-week old Elijah surprisingly was very cooperative. He cried for maybe a few seconds, and then went back to sleep.. letting us shoot until we knew we got the shot. You can imagine the whole crew had to keep our voices down because we had a sleeping baby in the room. It was a pretty solemn shoot, no music, no shouting, just clicks and whispers. By end of day, everyone was happy with the shoot. And after a few rounds of touchups, the artwork was finally done and dusted. 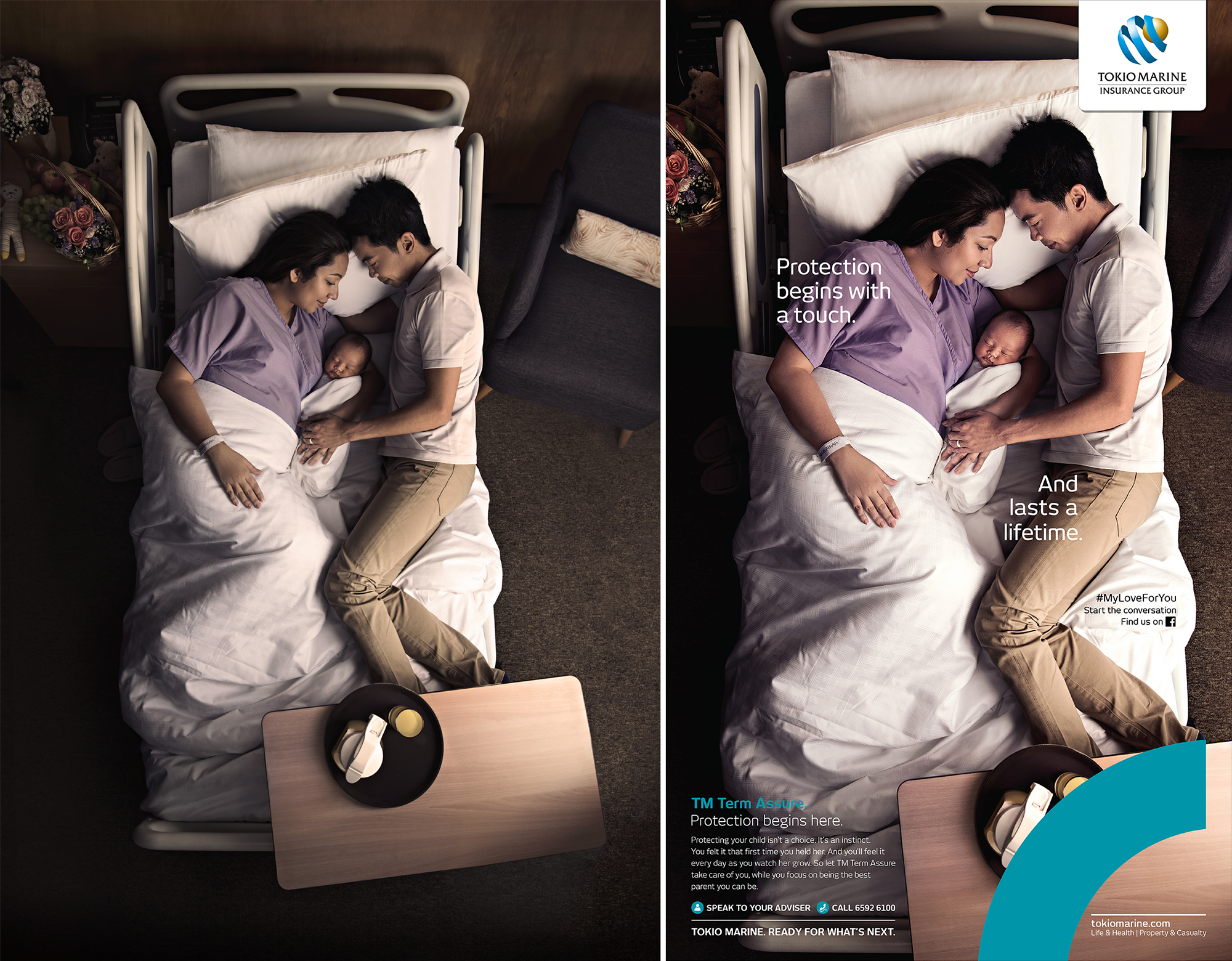 A few weeks later, when I was on my way home from our usual weekend cycling jaunt around Singapore, I saw the ad on a bus stop… for the first time. I saw it a few times more on other bus stops. I was so happy, I had to stop and take a quick selfie :) 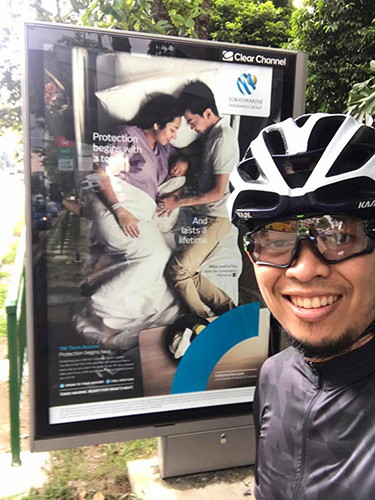 Big big thanks to Ivy, Zainal, and Matthew for helping me with the production. To Kelvin and Dawn of Havas Singapore for having me in this project. And of course to Kimberley, Ivan, and baby Elijah for letting me shoot their first ever family portrait :)