I was commissioned to shoot a new indie Parisian fashion label called Honoré. They wanted to create a lookbook with a sort of street vide similar to some of my candid photos. Now I haven’t really done a lot of fashion photography. The closest I got to it was shooting strangers in the streets as if the street was a catwalk. So I guess when you hire a guy used to shooting street photography to do fashion, you sort of get a little bit of both genres.

The first thing the client and I discussed was the location of the shoot. They wanted Raffles Hotel for it’s theatrical architecture that complements the brand’s Parisian look. Naturally I suggested Orchard Road since I was quite familiar with a couple of good spots. We agreed on both. I suggested that we split the shoot: early in the morning and then late in the afternoon… since these were the time of day where available light was ideal.

We started the shoot early in Raffles Hotel at around 8am. I wasn’t so sure if shooting in the premises was allowed, but we shot in and around the hotel expecting security to accost us at anytime. Fortunately, that didn’t happen. The light was perfect, and the location clean and easy. 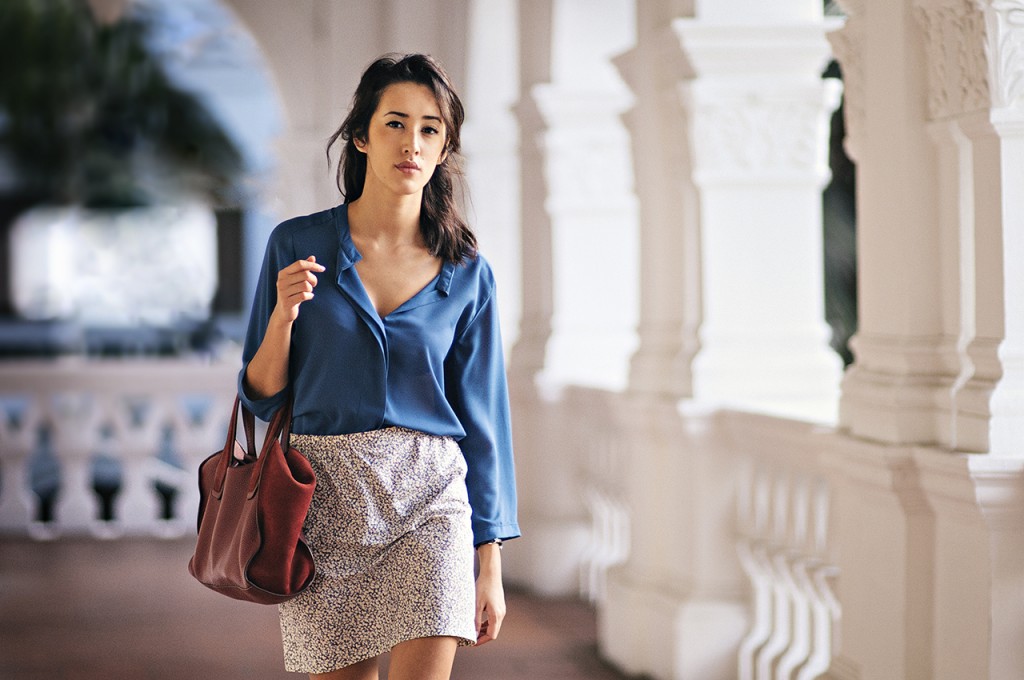 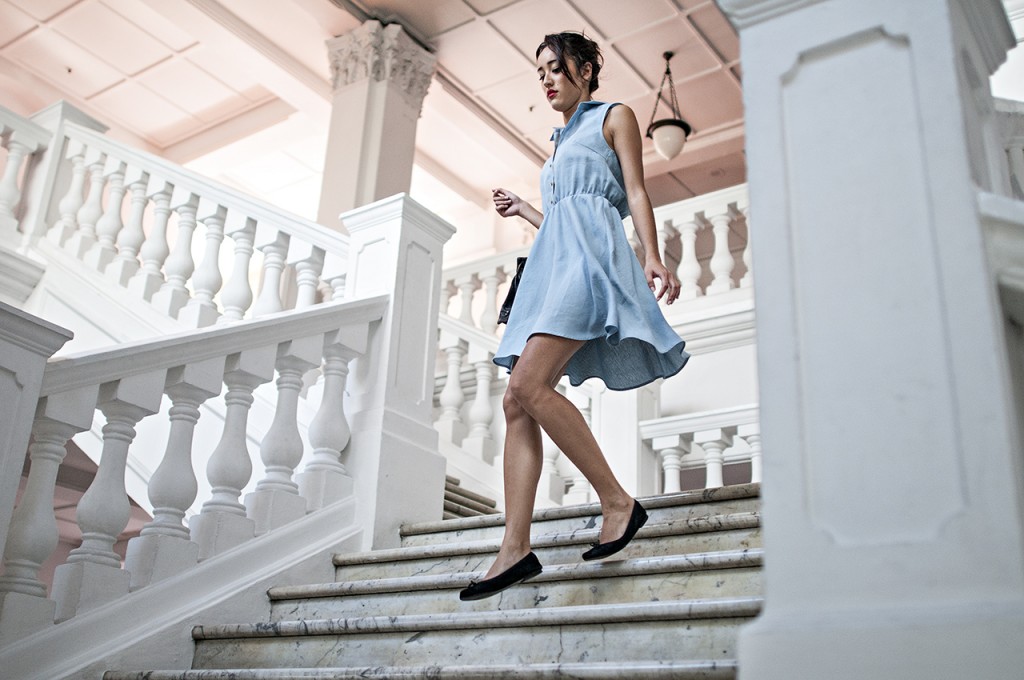 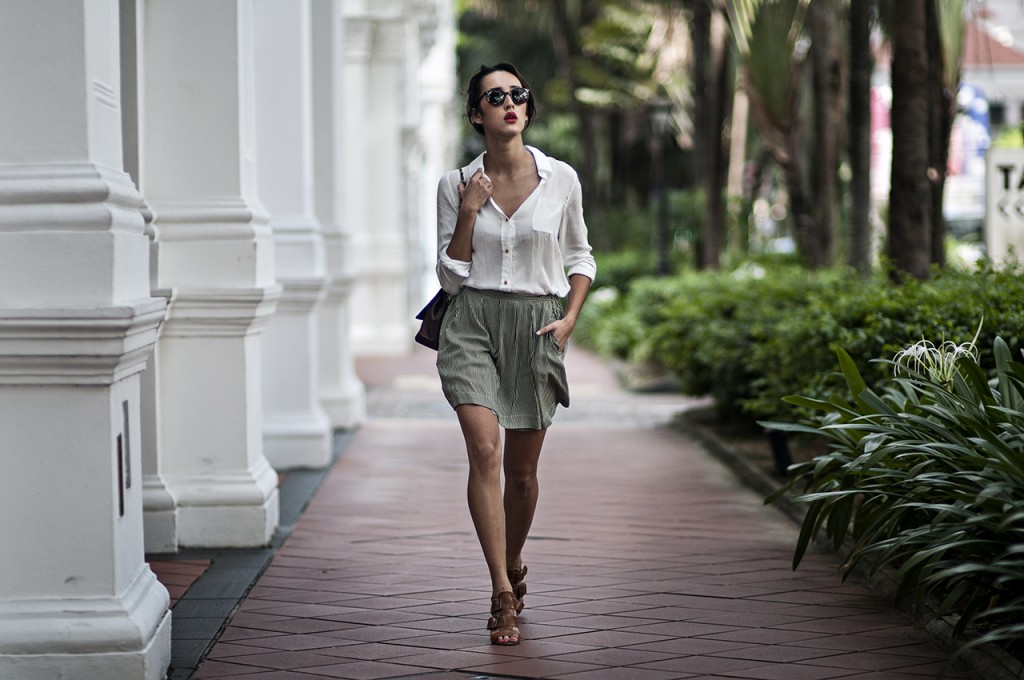 We continued the shoot later in the afternoon at 4pm in Orchard Road. We moved from one spot to another, looking for good light and people traffic. Orchard is a very busy street on weekends… which made it very tricky for us to do the shoot. For a number of occassions, I had to stop and wait till enough crowd cleared the line of sight of the camera to the model. For most of the time, the sun was almost perfect. Some spots had soft even light, and other spots had hard concentrated light. This is why I love shooting at late afternoon. 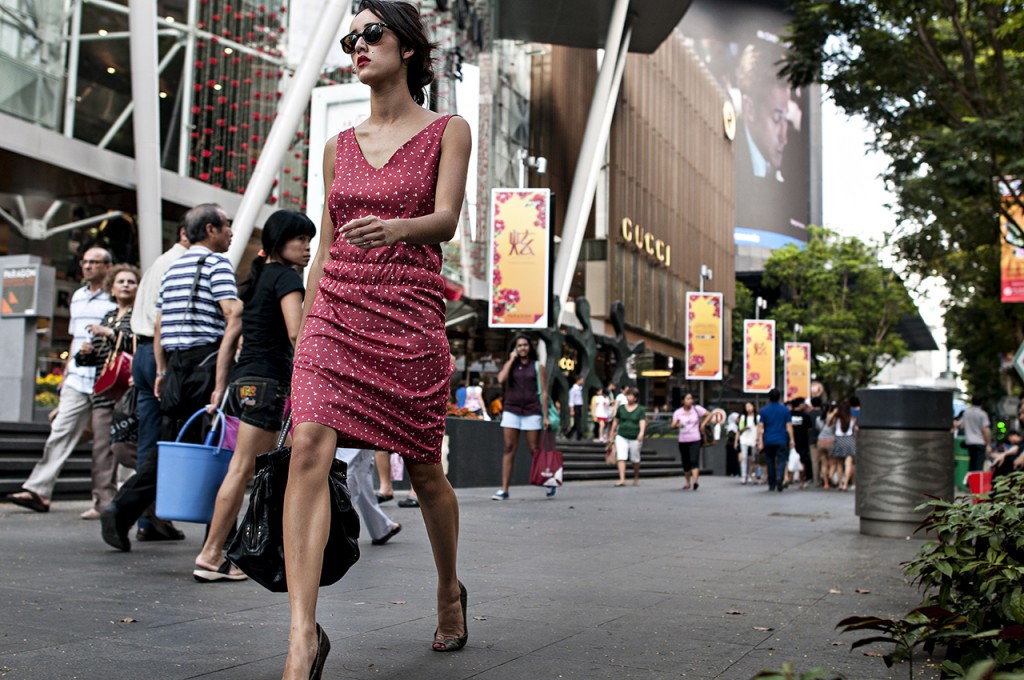 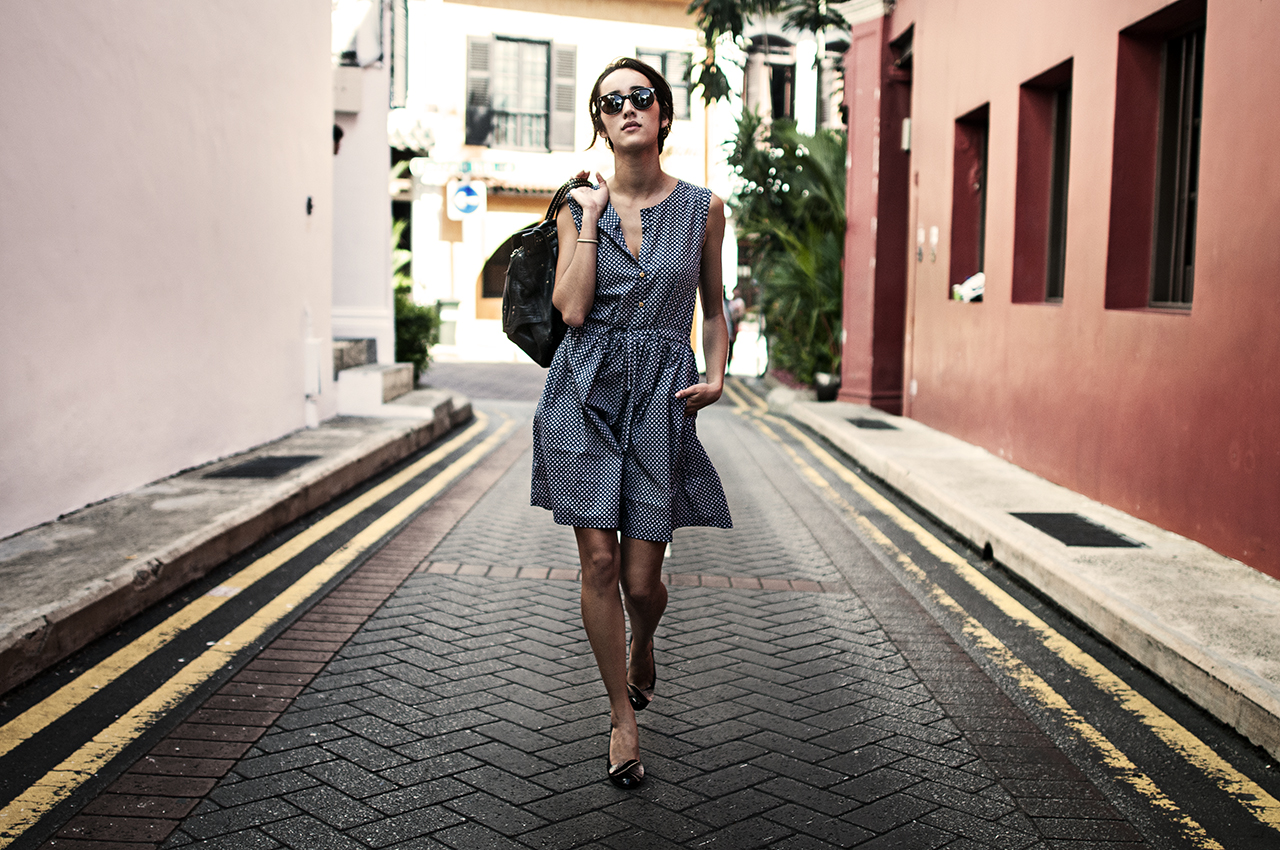 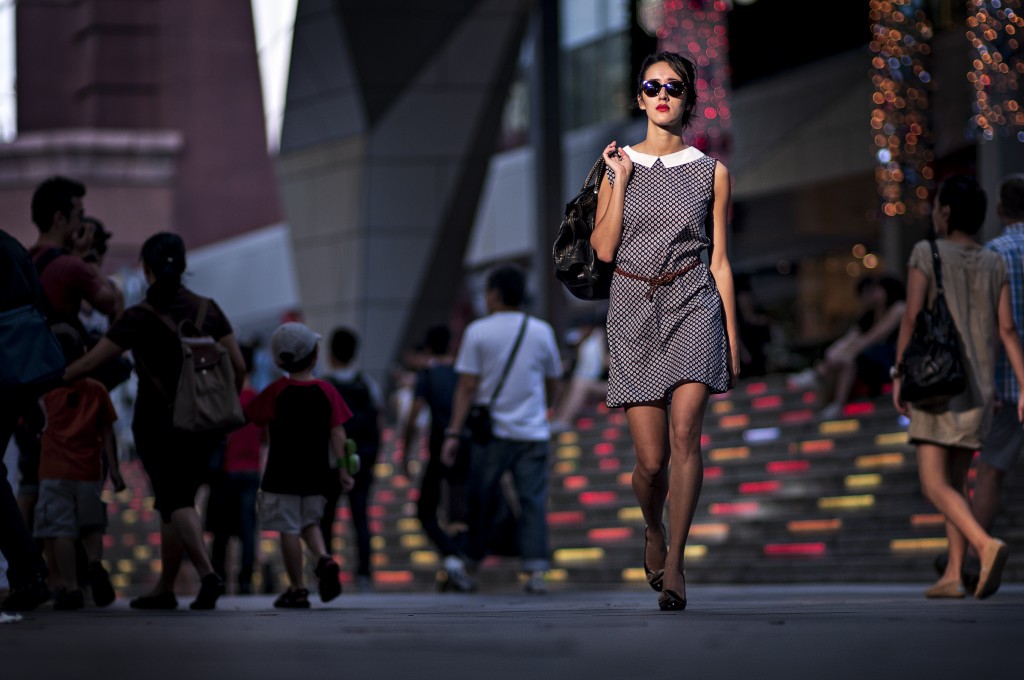 There was only one time that we had to use flash, which was in the ION Orchard area. At that time, the afternoon sun was behind the building and not enough light was showing on the model’s face. So we set up an external flash gun with a snoot, and had my assistant, Reuben, hold the flash high from a distance pointed at her face. 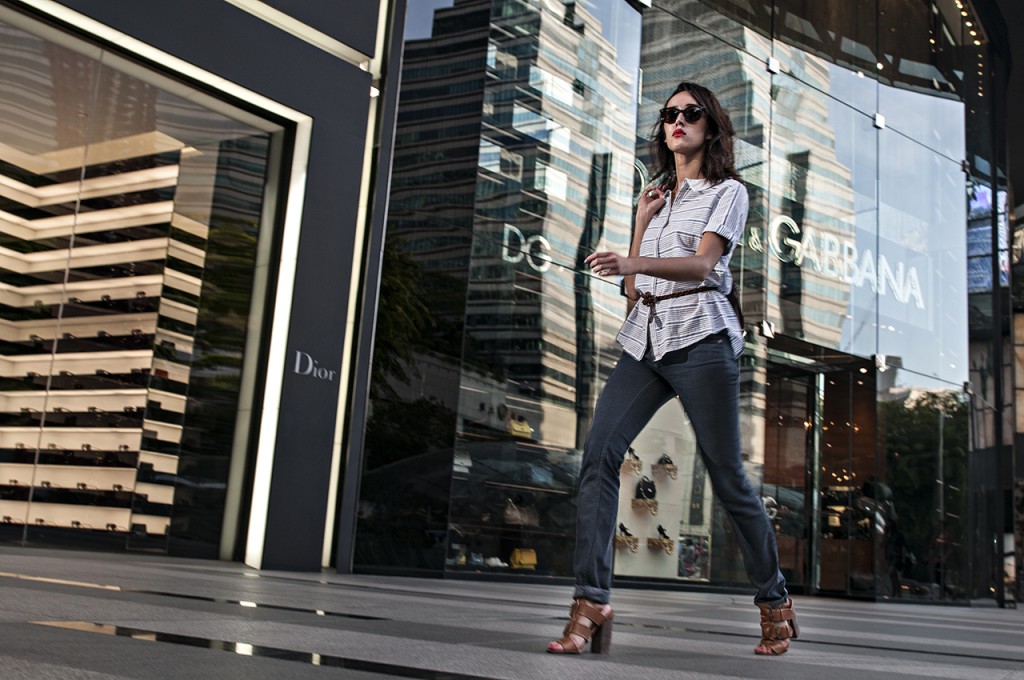 Here’s an outtake where Reuben was caught in the frame holding the flash gun. We also thought it would be interesting to shoot street candids like this. Maybe someday :) 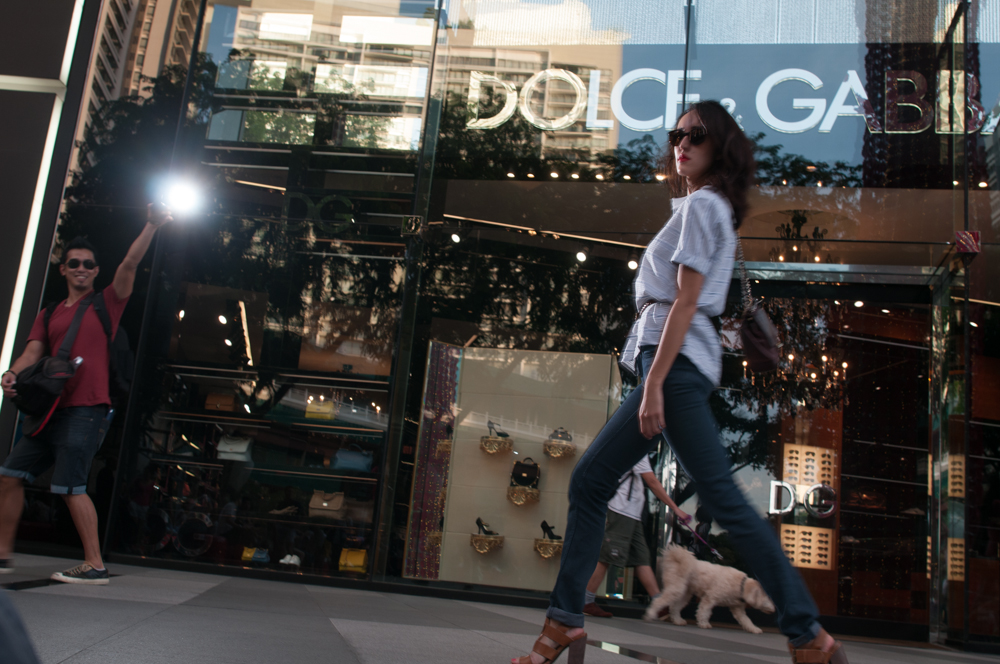 Later in the day, we wanted at least one night shoot. So we proceeded to Clarke Quay and take a few photos. I was only using a Nikon D300 so the image is a little noisy due to the high ISO, but I think the light was sufficient and the image still works. 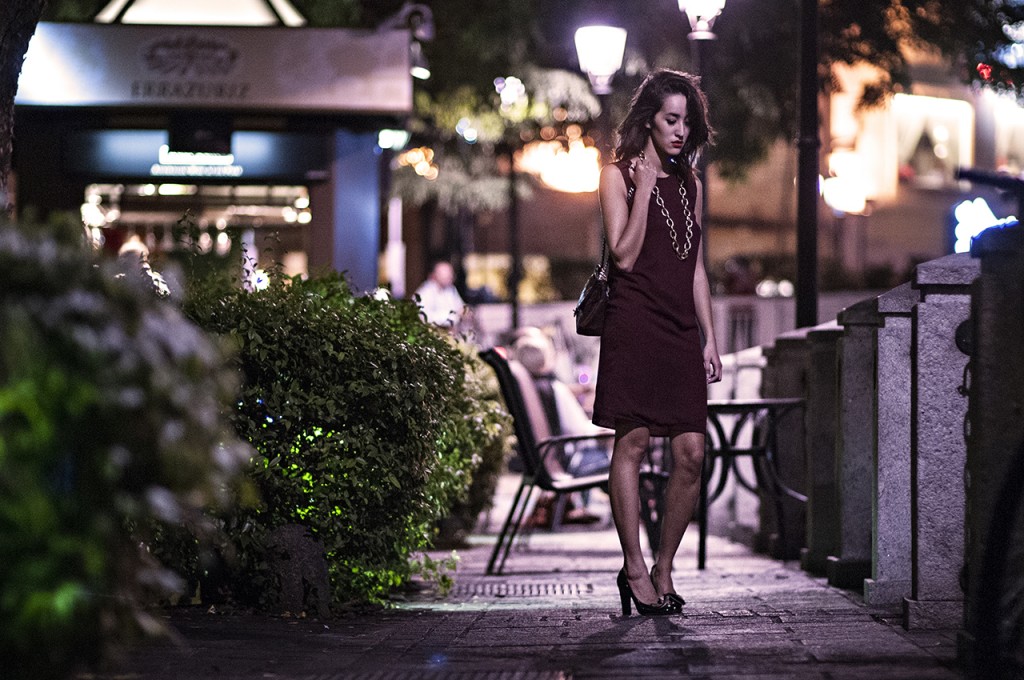 Overall, the experience was awesome. It felt a little awkward directing and photographing a model in the street with the passing crowd sometimes watching (others even took photos of her). But seeing the resulting images, it was worth it. I think shooting fashion in the street is something I’d like to explore, work on, and get better at. I’ll probably practice doing this in my personal free time. There’s something about photographing beauty right in the thick of it that I find challenging and appealing.

Big big thanks to Tanguy and Catherine for commissioning me for this project. And Axelle for being the patient and superb model… she also happens to be the designer of the clothes. Pretty awesome, right? :) Please do check out their website here and see if there’s anything you fancy.

And big thanks to Reuben as well for assisting me on this job. Check out his awesome work here.

75 Thoughts on Shooting for a New Fashion Label: Honoré