I’ve been working as a graphic designer for more than 10 years now, and have been doing photography for about 4… so Photoshop is a staple for me. When Adobe released Photoshop CS6, I was in absolute geek bliss, pretty much how gamers felt like when they got their copy of Diablo III.

So after a couple of weeks using Photoshop CS6, I’d like to show my 3 favorite features. These are the new features which I anticipate I’ll be using a great deal as a photographer:

One of the most impressive features in this version is the content-aware move. I shot this photo (below) in a recent project, and I remember the client wanted me to move the girls closer together. With content-aware move, all I have to do was select the object… and well, move. 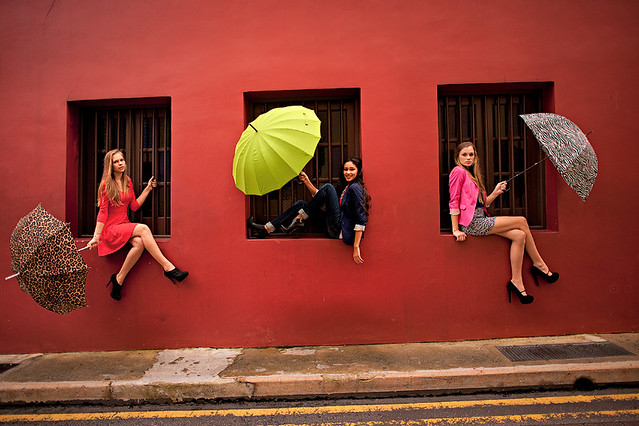 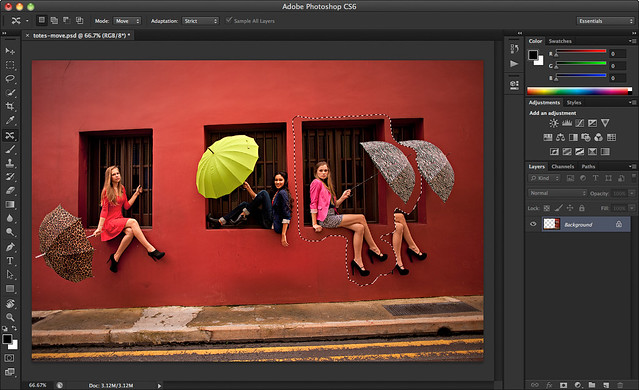 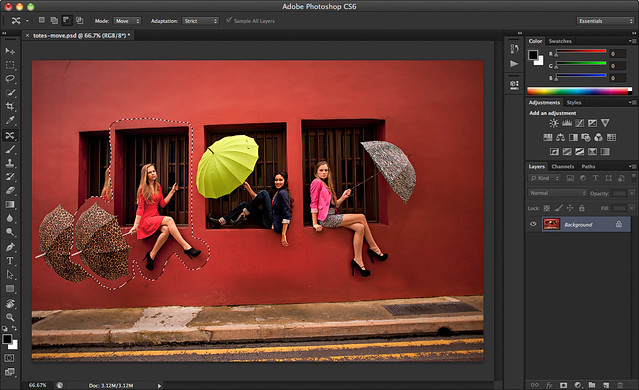 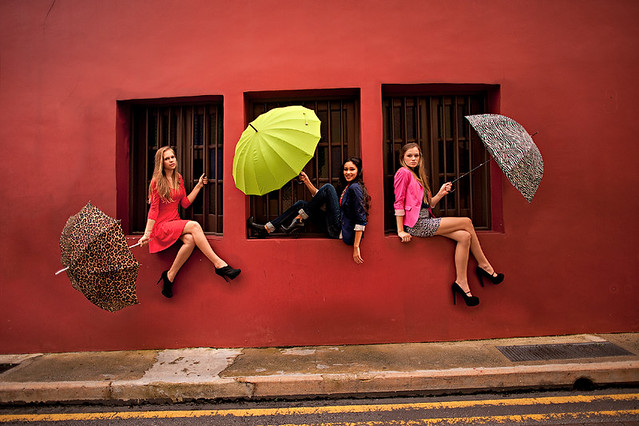 I have to admit, this was one of the features in my wishlist that I didn’t really expect to materialize. I do have to mention though that it works best on photos with simpler backgrounds. And if you’re one to pixel peep, you will find some warped textures resulting from the move, but this is easily remedied by the heal tool.

I was wandering around an area in Chinatown beside a Hindu temple filled with loitering pigeons… when suddenly, this old man walked in the middle of the street and threw a handful of rice grains. The pigeons went crazy.. and with no regard to my camera’s settings, I just tried to snap as much photos and as quickly as I could. Unfortunately, the photos came out totally under exposed: 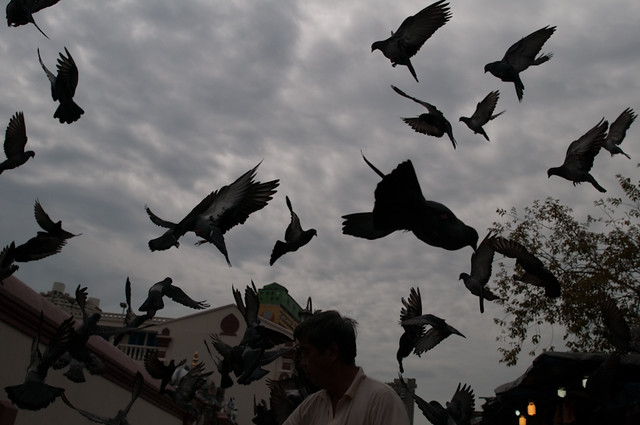 Fortunately, with extended controls in Adobe Camera Raw 7.0 on highlights and shadows, I’m able to bring out the details in the shot. 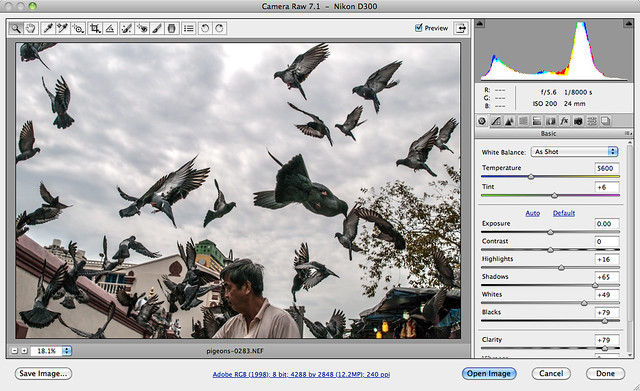 So now you can worry less about getting the exposure right in sudden unexpected situations like this… just focus on composing and capturing the moment. 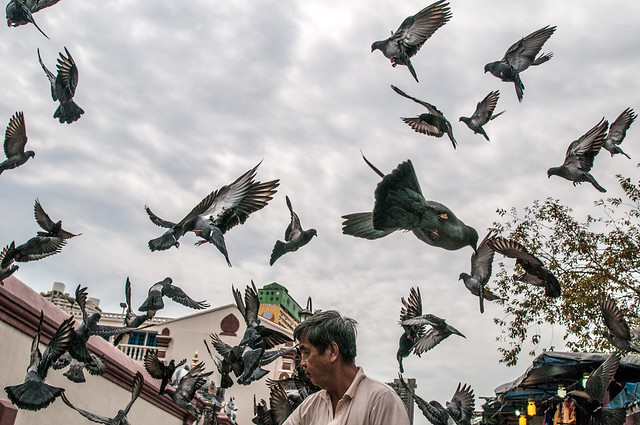 Oh and yeah, this is the main reason why I prefer shooting in RAW.

I’m not a big fan of simulating bokeh or background blur in photoshop because it never comes out right. But with the new ‘Field Blur’ function, you can select multiple points from an image and dictate the amount of blur or (non-blur) for each point. If you have a good understanding on how bokeh works, with careful analysis, you can simulate better background blur thus making your portrait subject stand out more naturally.

This is a portrait I took on a past client project. For this shot, I used a 24mm lense wide open at f1.4. Although I’m happy with the shot, I sort of wished there was a bit more blur in the background to make the subject stand out more. 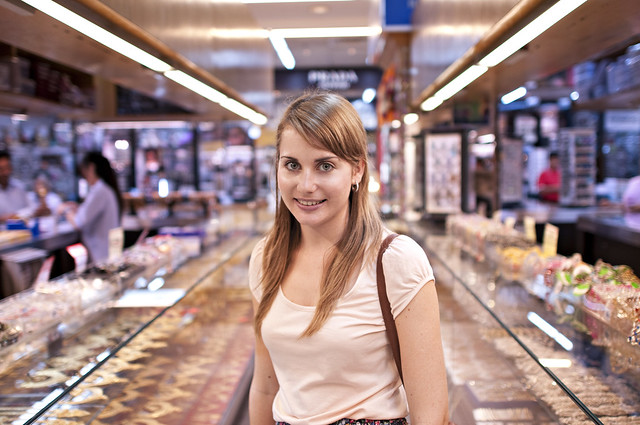 I used photoshop CS6’s field blur function to select several points to blur and points to not blur. 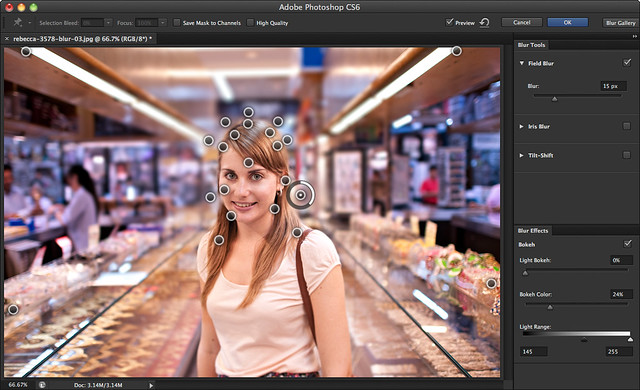 This is a preview of the blur mask. Areas in white are in blur, areas in black are not. 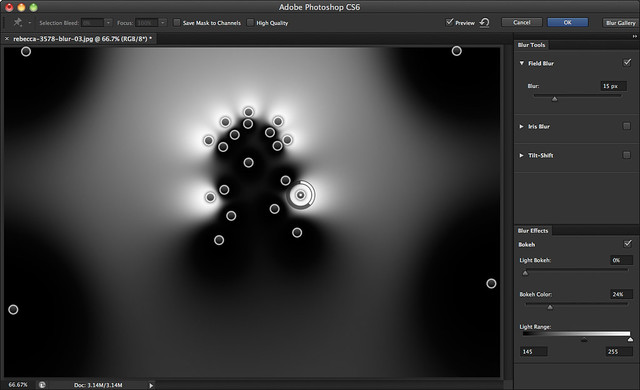 Although this is not perfect, and I still prefer bokeh straight out of the camera, it’s nice to know this kind of feature exist in case you’ll need it for some few quick tweaks. 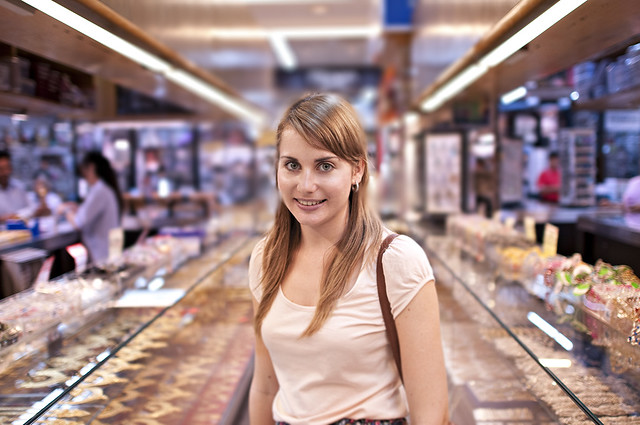 OTHER COOL FEATURES:
The features I listed above are only some of the new features and upgrades in Adobe’s latest Photoshop release. There’s a whole slew of new stuff which I think make this upgrade probably the most significant one so far through the years.

New User Interface – This was the very first thing I noticed… and I instantly fell in love with it. I love the dark background, I think it gives focus to the image in hand.

Adaptive Wide Angle – Another awesome new feature. It’s not a personal fave though, since I don’t do landscapes. But photographers who use an ultra-wide angle or fisheye lens will get a kick out of these. Check this video to see this at work.

New Cropping Workflow – This is another pretty significant upgrade. The previous workflow makes it hard to preview your angled crops… now, they’ve applied the same cropping workflow as with Lightroom. Plus, they introduced the option to not delete the cropped pixels. Which means cropping is not non-destructive! Check this video to see how it works now.

Edit Video – This is not meant to replace video editing software like Adobe Premier or After Effects. In fact, the controls are pretty basic. But I’ve played around with it and it’s a pretty nifty feature for some quick editing. And it’s a good start.

Auto-Save – I’ve been burned so many times for not saving more often than I should. I’ve had my share of recreating complicated digital work because of system failures – auto save is a potential hero.

I have to say CS6 is not yet perfect. Even with the huge step on content-awareness, it still only works best on simpler backgrounds. And the video editing tool is cool, but its functions are pretty basic. It’s a good start though.

I still use Photoshop CS4 in the office at my day job as a graphic designer, and every time I go home to CS6, I can definitely feel the world of difference. Of the years that I’ve used Photoshop, I can say that CS6 is one of the largest leap forward in terms of features and usability. A lot of it’s new features are definitely geared towards making your work faster and easier, allowing you to focus more on creativity.

82 Thoughts on My Top 3 Favorite Features in Photoshop CS6