A few weeks ago, I received an email from Ujwal of FleishmanHillard, asking if I’d be interested to collaborate for their client, a major mobile phone company who’s about to launch an exciting new device this month. She also mentioned that the device has a 41 megapixel camera sensor. I knew immediately she was referring to the Nokia Lumia 1020. So of course, I said yes.

I got to visit the Nokia office and met Eng-Wah, Head of Marketing, who gave me a quick run through of the different features of the phone. They handed me the phone to take photos around Singapore for the next few days. Here are my thoughts about the Nokia Lumia 1020.

The Design
The very first thing I liked about the phone was its look. I love the slim unibody design, sleek rounded corners, and the matte texture due to its polycarbonate material. It feels good as you grab it and slips very easily and comfortably in my pocket. I’m one who appreciates the aesthetic qualities of a gadget, and the Lumia 1020 does not fail. 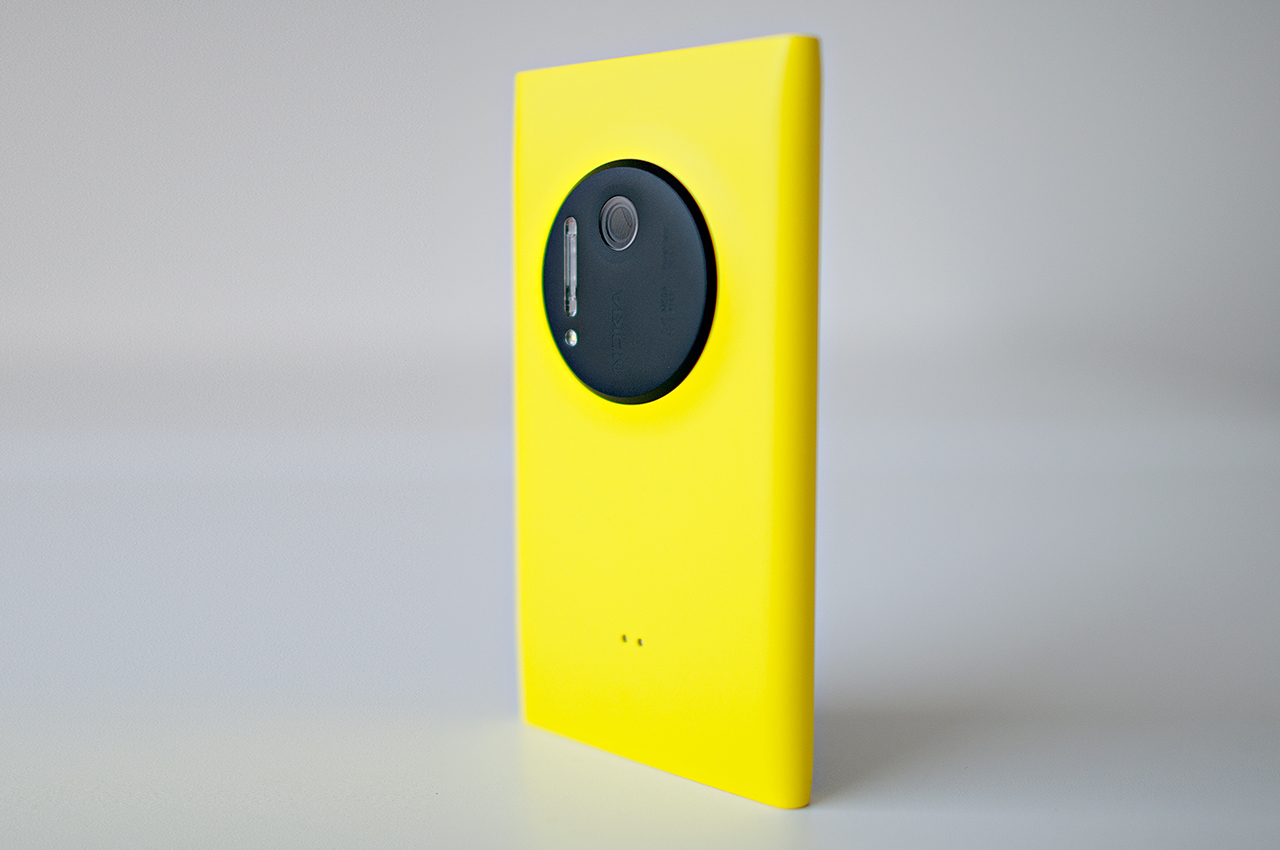 41 Megapixels
This phone has received a lot of flack for it’s 41 megapixel sensor. Some say it’s unnecessarily huge. Maybe it is, but on good light, the level of detail it can capture is something I have not seen before on any other camera phones or even on some compact cameras I’ve used. 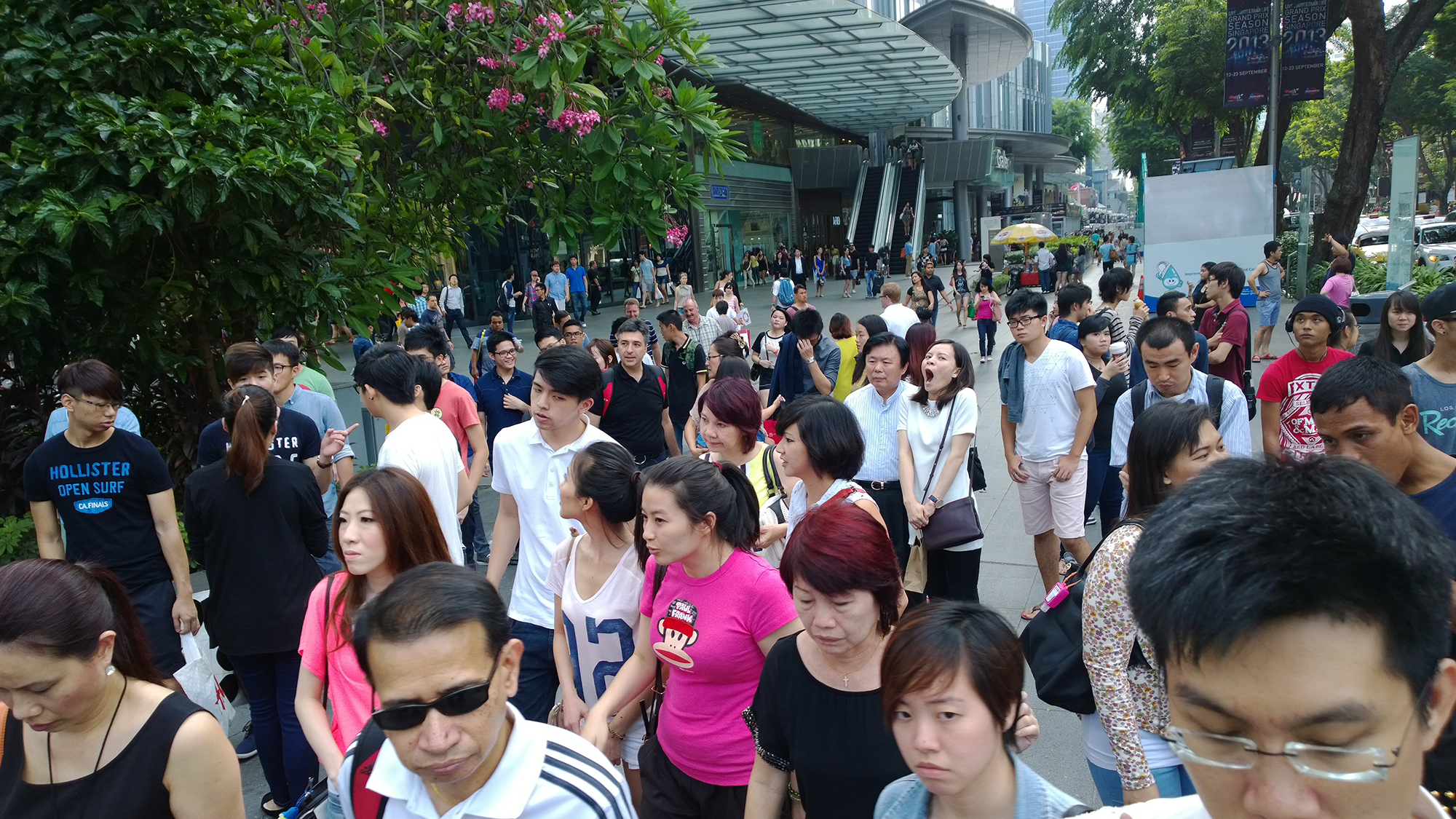 Did you see the yawning lady in the crowd? Here she is zoomed in. The clarity and detail is pretty good in my book: 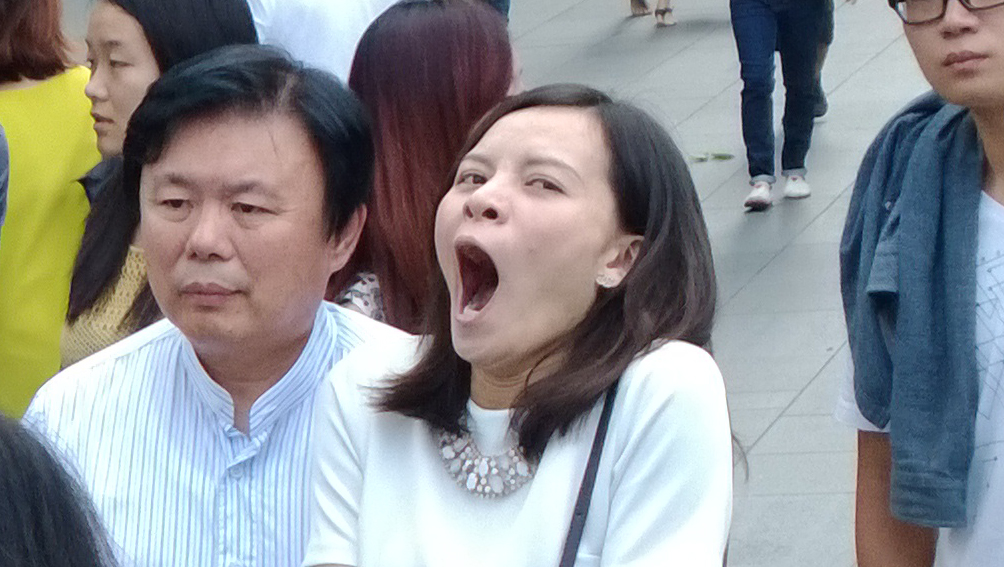 The one downside I can see is the amount of time it takes to process one shot – which is about 2 seconds. So if you’re the kind of guy who likes to do continuous burst shots, you’ll be disappointed. Alternatively, you can use the ‘Nokia Smart Cam’ app native to the phone – it shoots a sequence of photos and you can decided which image to go for.

Manual Controls
The first time I saw the Lumia 1020’s manual control interface in person, I smiled. I thought it was easy and awesome. In one screen, it allows you to set white balance, focus, iso, shutter speed, and exposure compensation. You even get live preview as you set the controls. 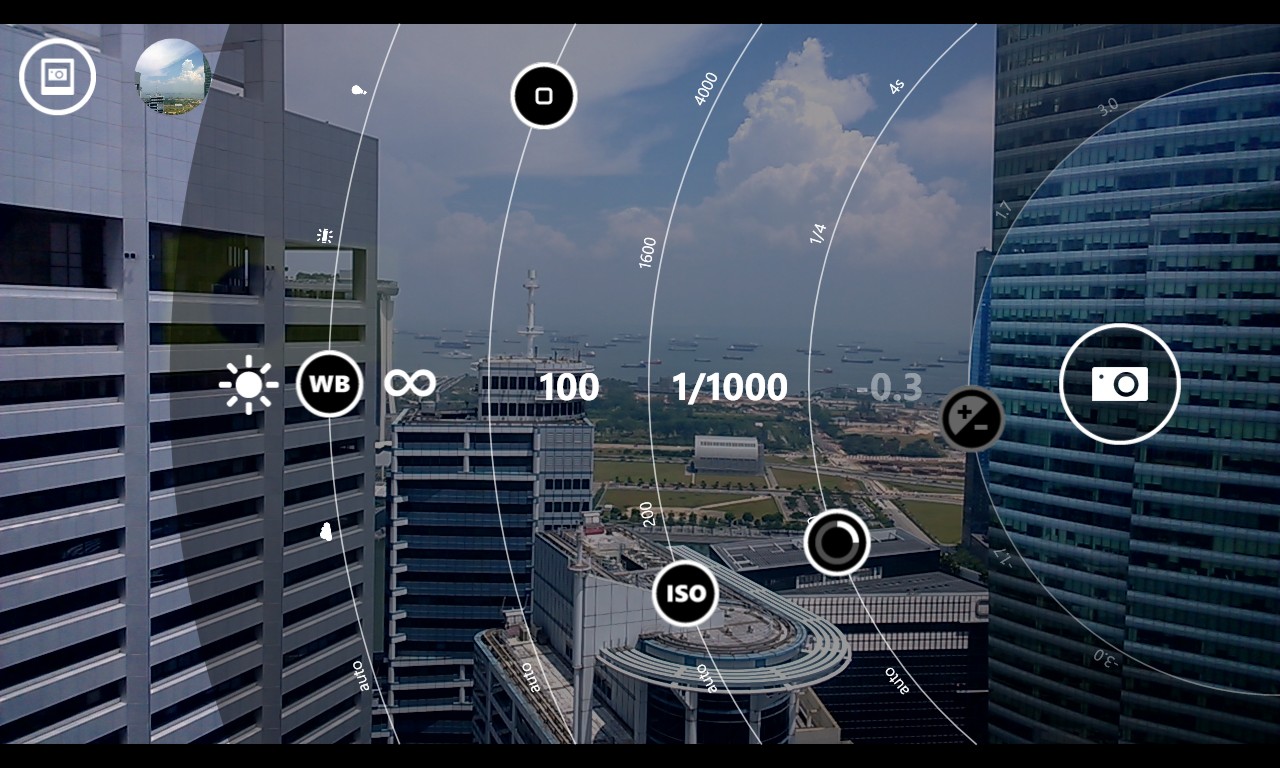 Often times, shooting a full auto works well for mobile phones especially on good light. But when conditions start to get tricky, like having too much contrast between light and shadows, this often causes overexposure or underexposure of important details. These manual controls make it possible to amend this.

In the photo below of Rihanna’s concert, my initial photos were overexposed due to the bright spotlights. Adjusting the exposure compensation values brought out a bit of detail on her. 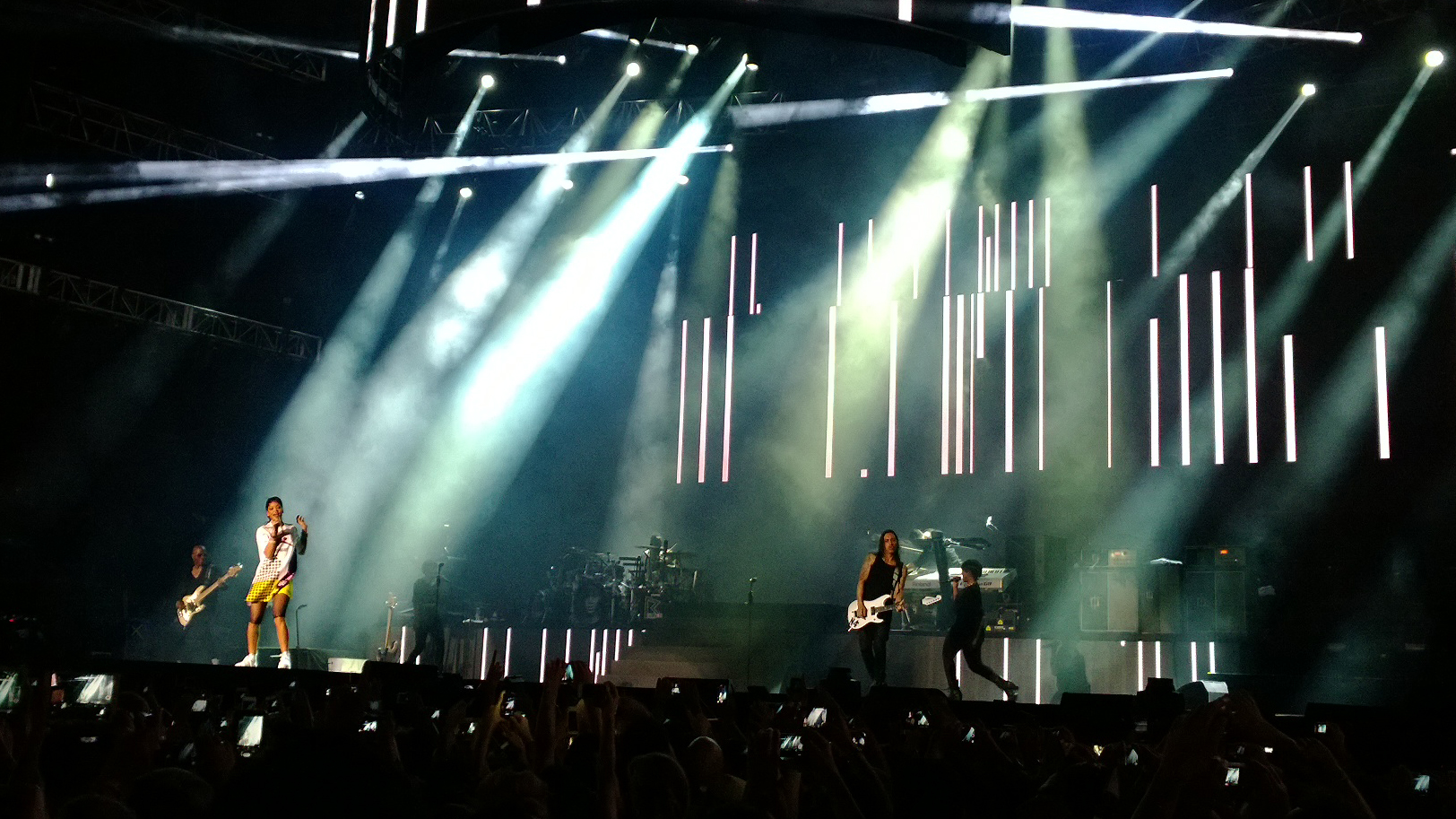 Long exposure photography is also made possible with the manual controls. Put the focus on infinity, ISO on 100, white balance to your preference, shutter speed to around 1 second, the Lumia on a tripod, and you’re all set. 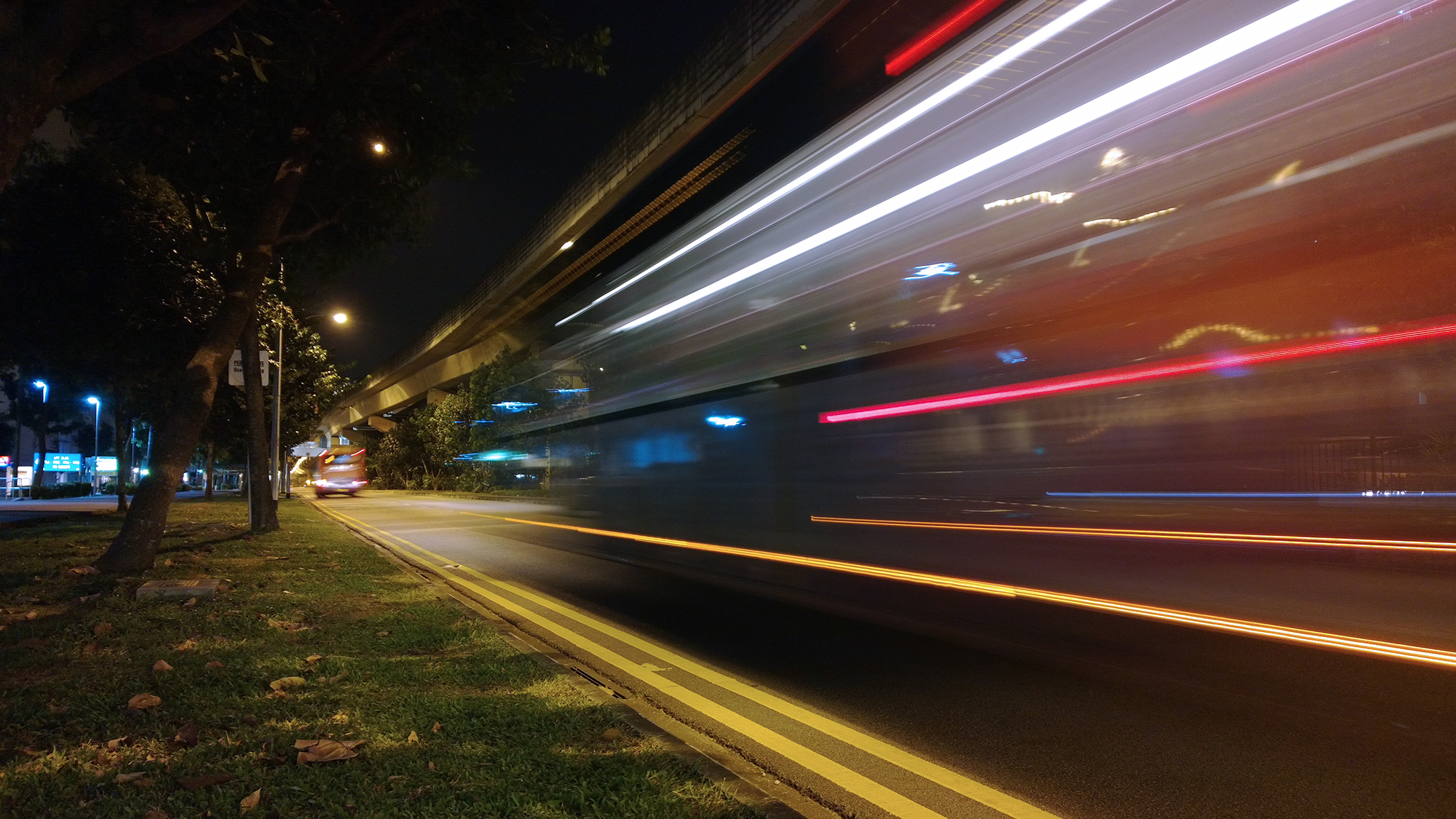 Low light Performance
The Lumia 1020 also performs well on indoor situations. The shot below was taken in Bugis Street, where the light conditions are not ideal for photography during day time. 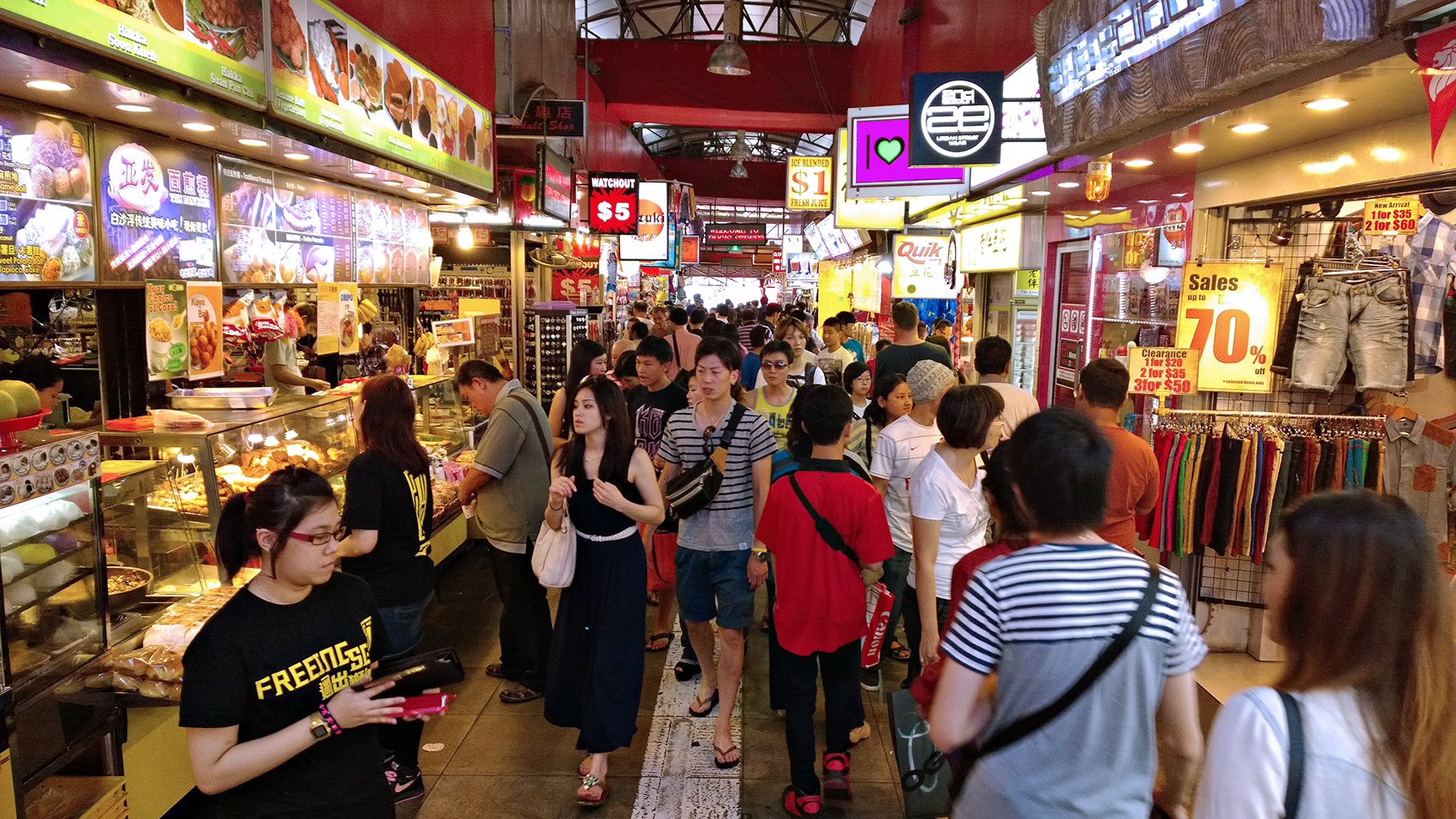 The Camera Grip
Another thing I like about the Lumia 1020 is the optional camera grip. Once attached, handling feels great, even better than most compact cameras. It’s also a good thing that you can half press on the shutter button to focus, then press further to click. The default focus point is at the center.. once focused, you can recompose and click – much like most people do on DSLRs. Oh and one more thing… it’s also an external battery. 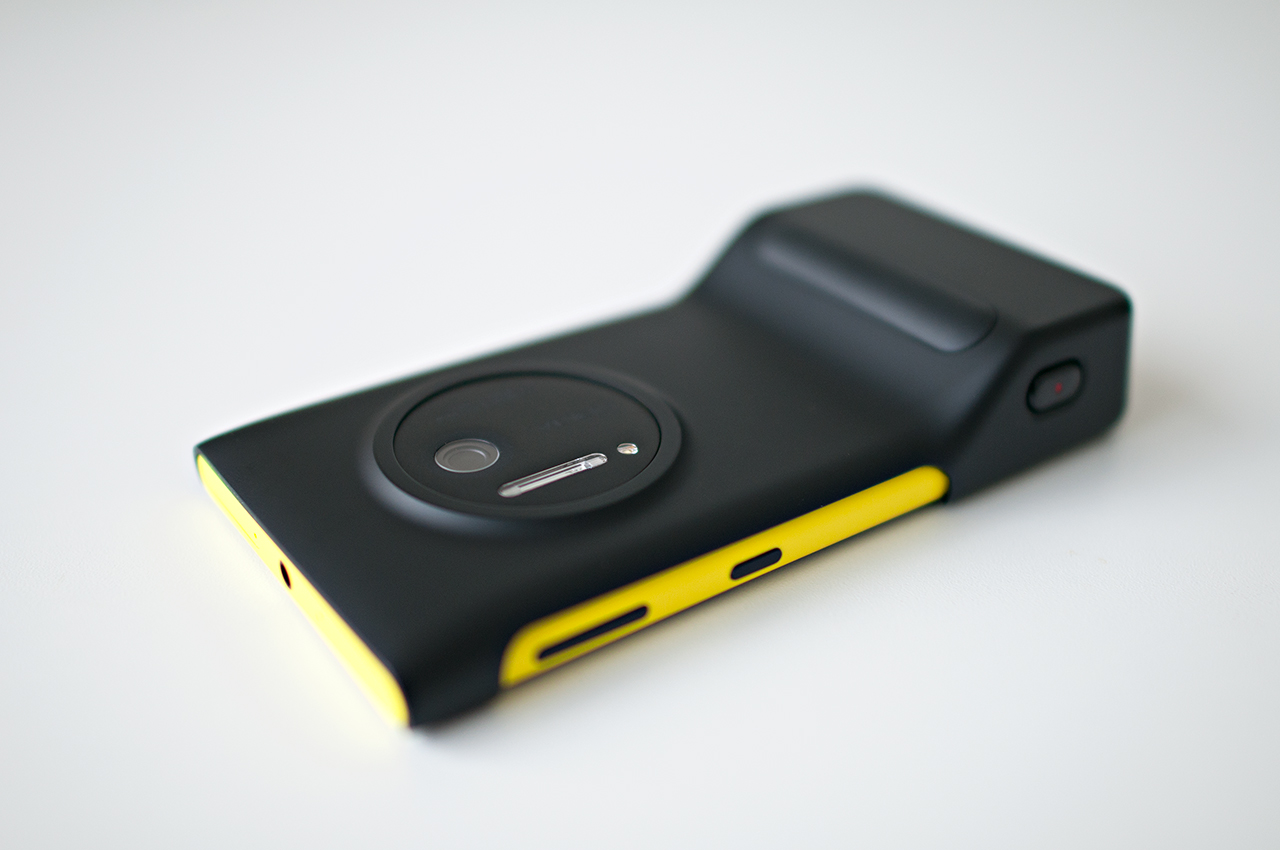 Windows Phone OS
It was my first time using Windows Phone OS, but I immediately felt comfortable with it. I work as a Graphic User Interface Designer for more than a decade, and personally, I love how they designed the user experience in this thing. Plus, its transitions are very smooth and very slick – no lags whatsoever. However, it does fall short on apps. I do find myself missing some of the apps in the iPhone, like Instagram, Nike+ and banking applications where I can easily check my accounts. So I still have my iPhone in my bag in case I need to access these certain services. But overall, I am starting to feel really comfortable with Windows Phone OS.

Update: I just discovered 6tag app which is an Instagram client for Windows Phone. Pretty cool :) 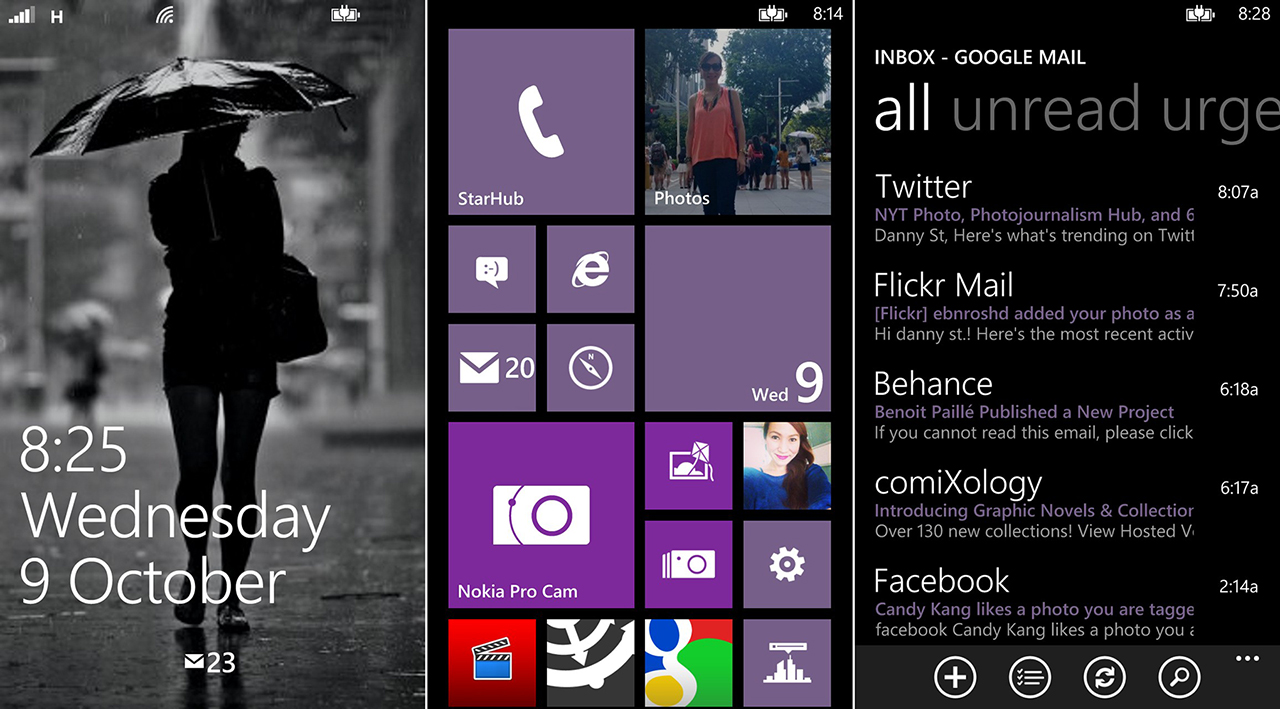 The Verdict
Nokia calls this the best camera on any phone in the market. I have to agree, hands down. In fact, it’s even better than some compact cameras I’ve shot with. And the phone that comes with it is not bad either. Its overall form factor is a winner. It’s in no ways bulky, as it easily fits in my pocket. And whenever I pull it out, the phone always feels good in the hands. The OS is pretty slick and user-friendly.

I do highly recommend this to photography professionals and enthusiasts. They say you should always bring a camera wherever you go… this is a damn good option, man.

More photos
Here are some of the other photos I’ve taken with the Lumia 1020. Click on the photos to view it LARGER :) 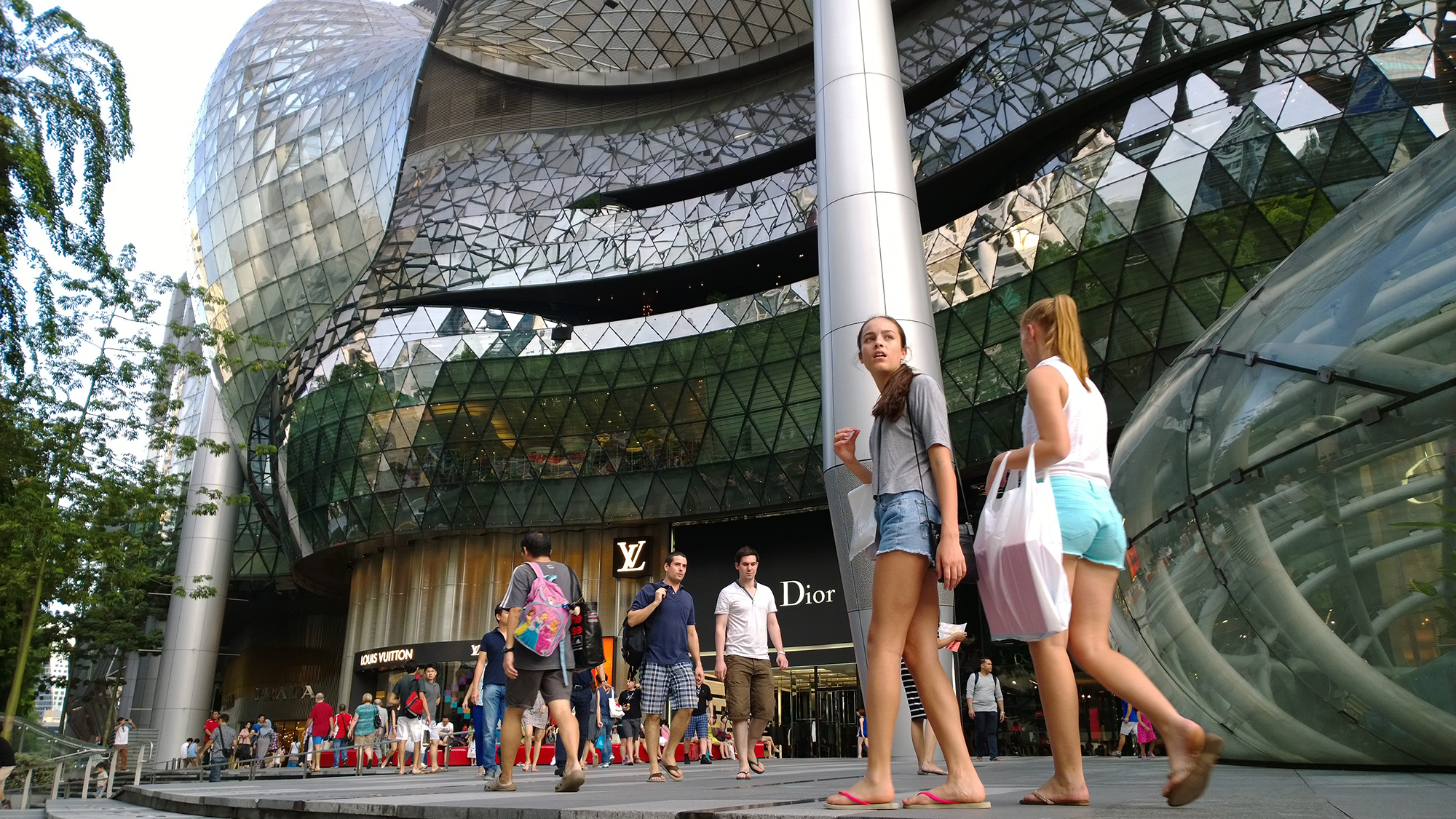 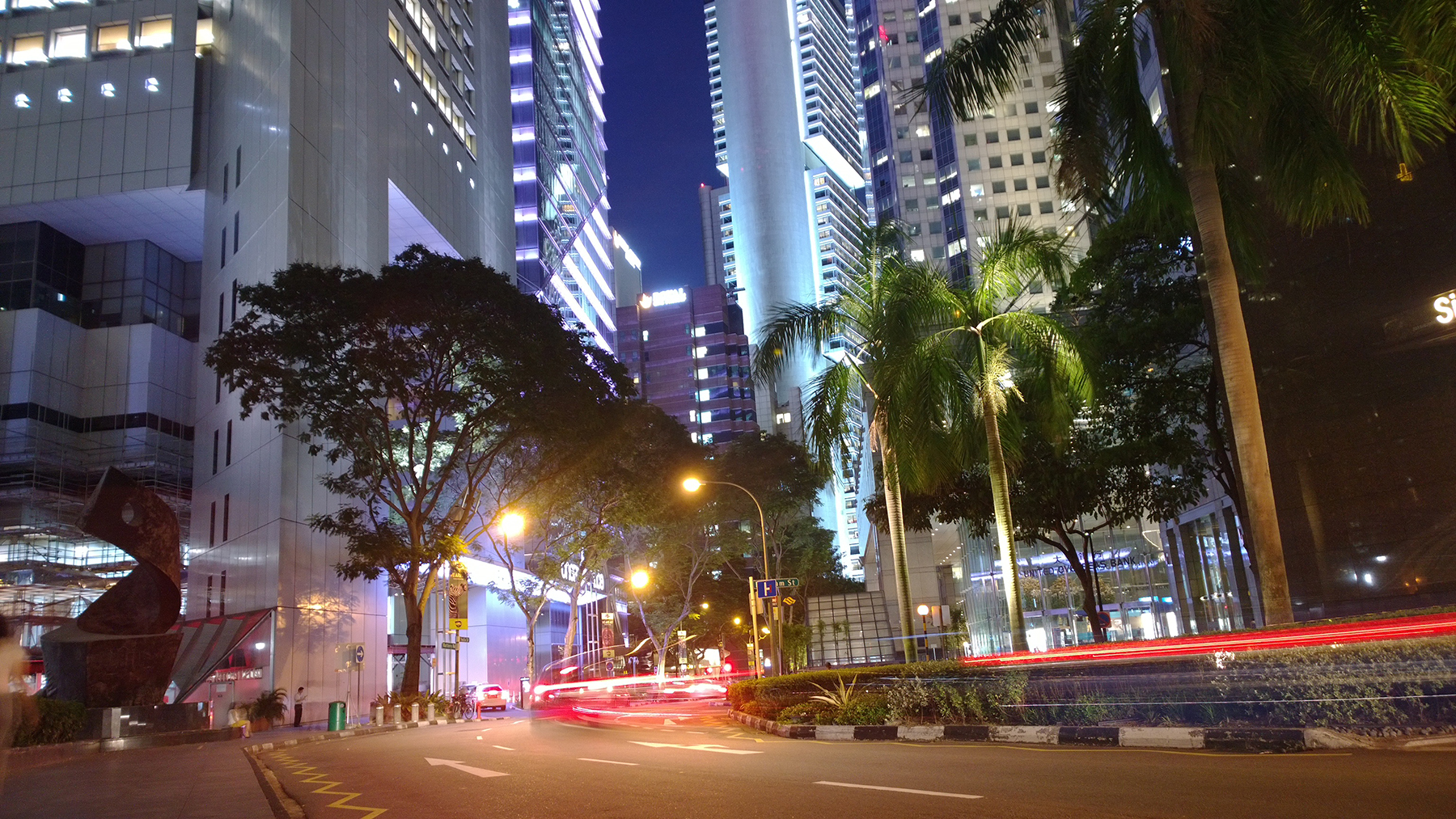 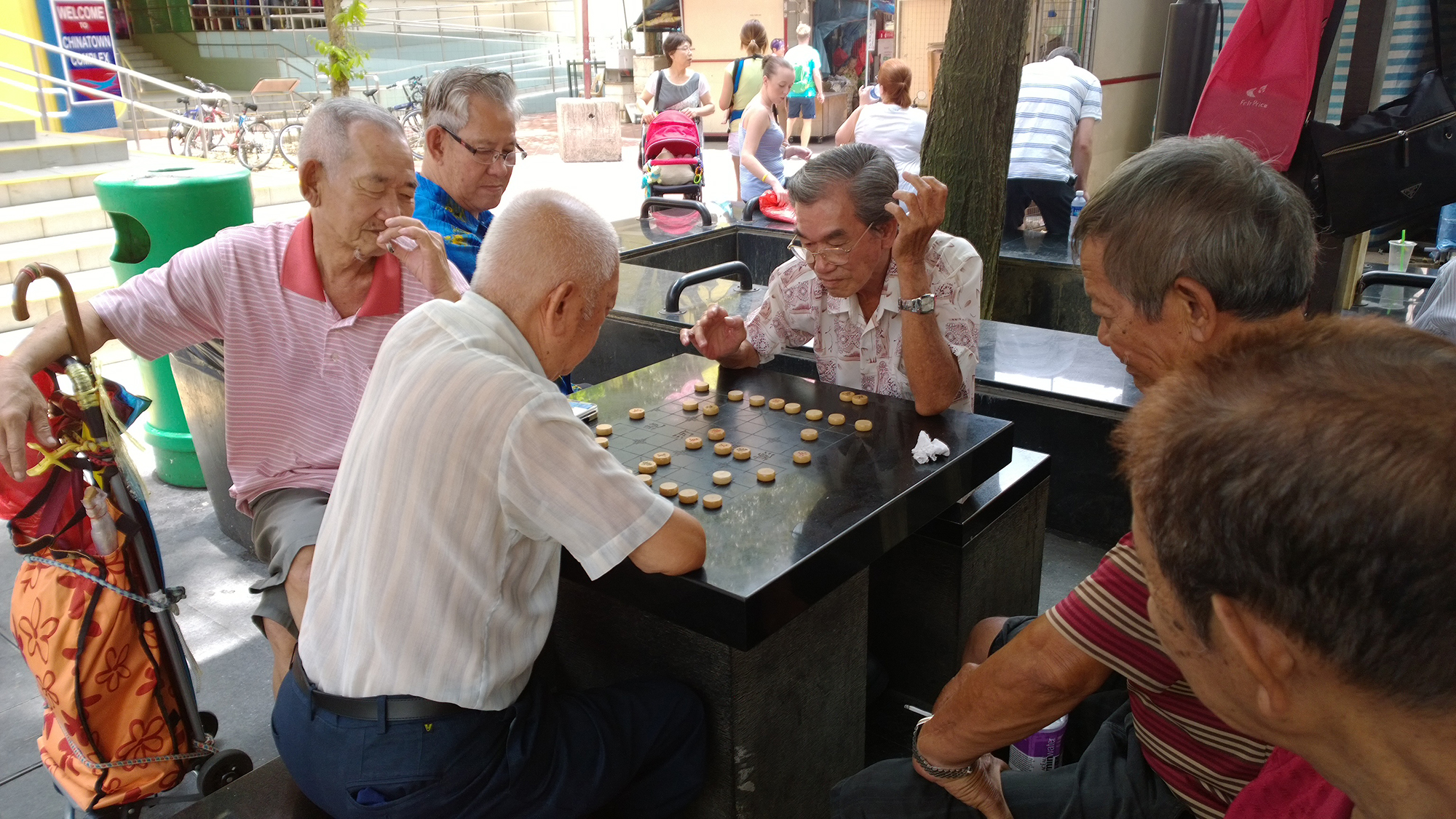 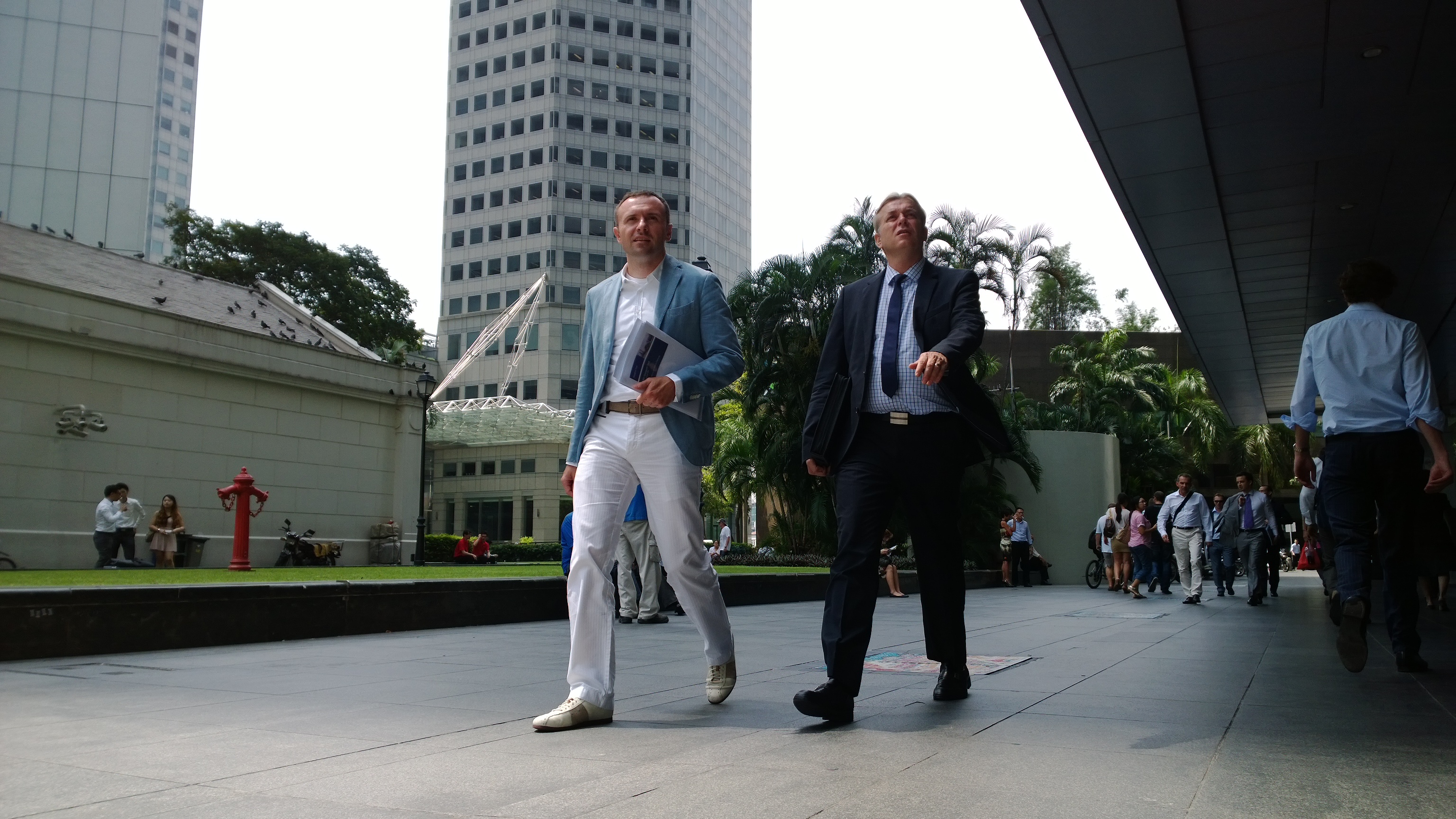 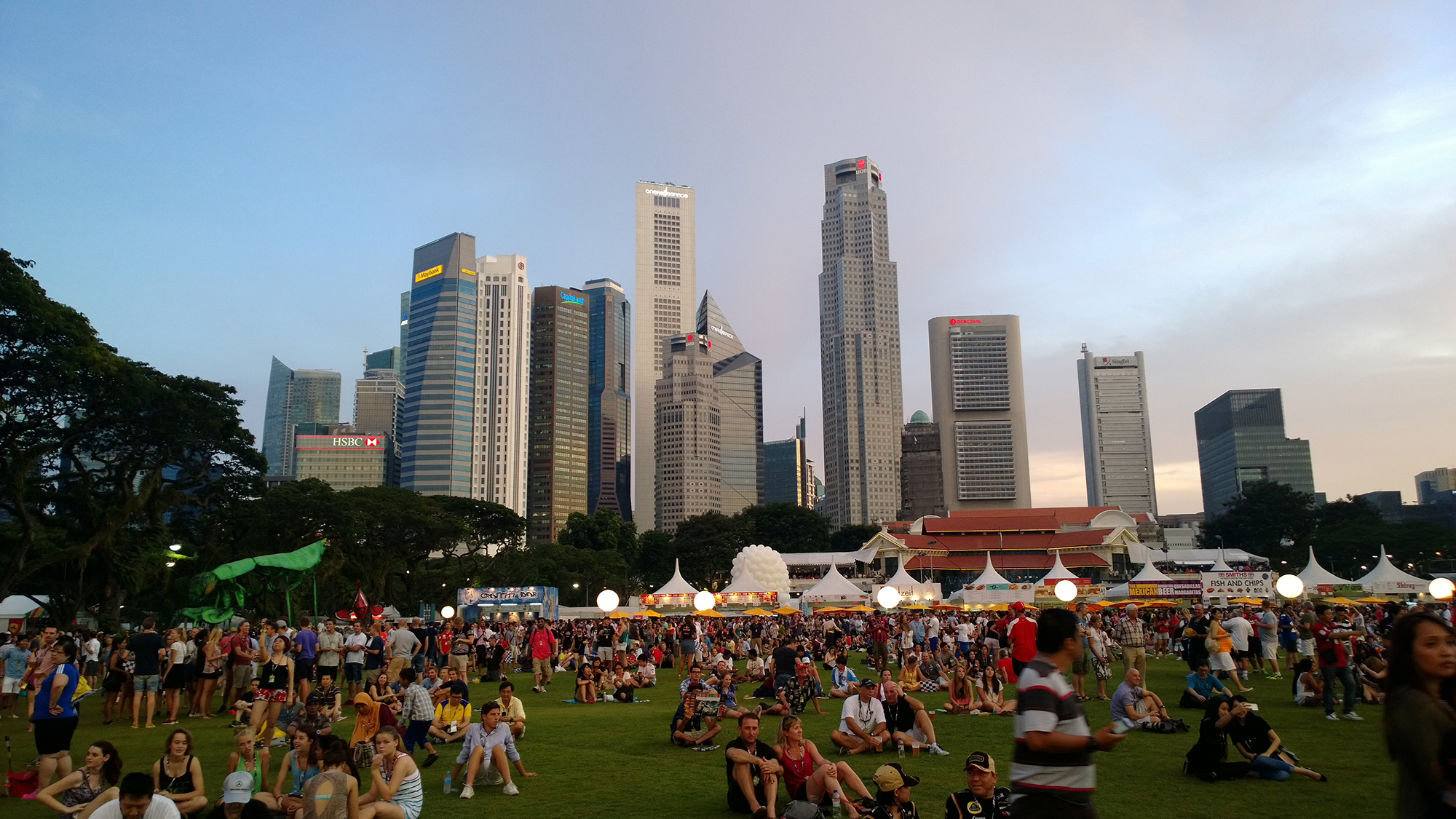 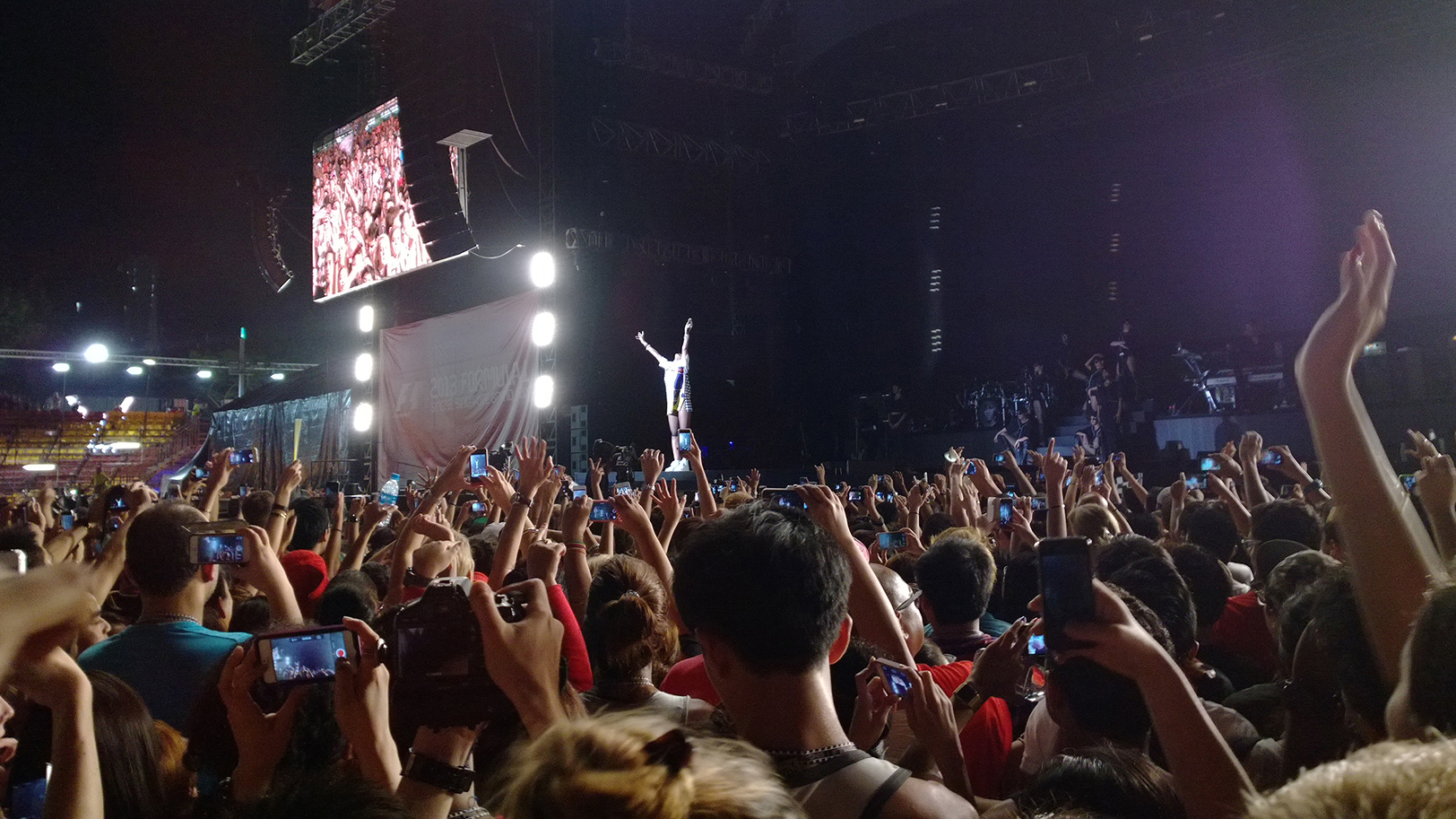 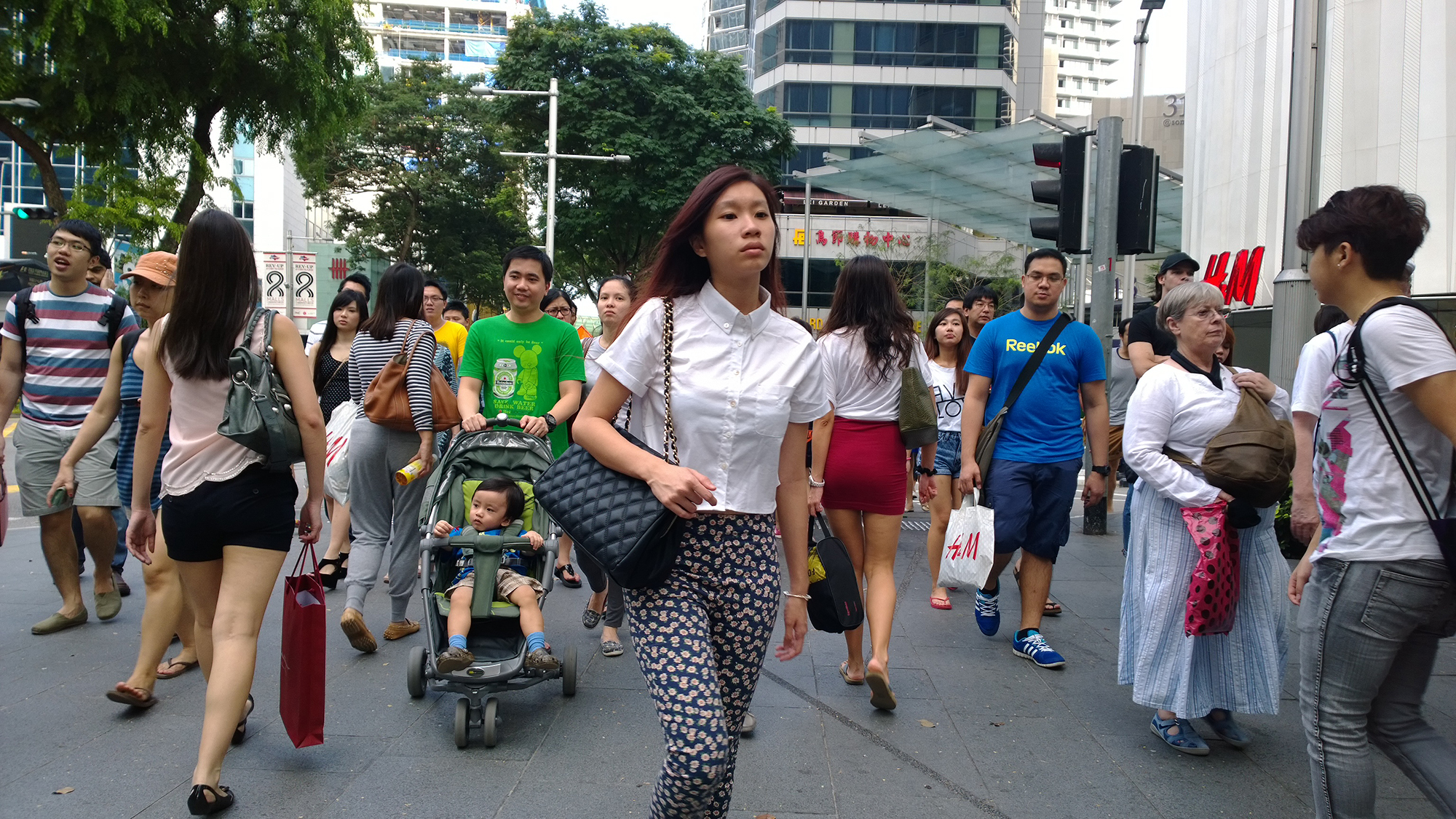 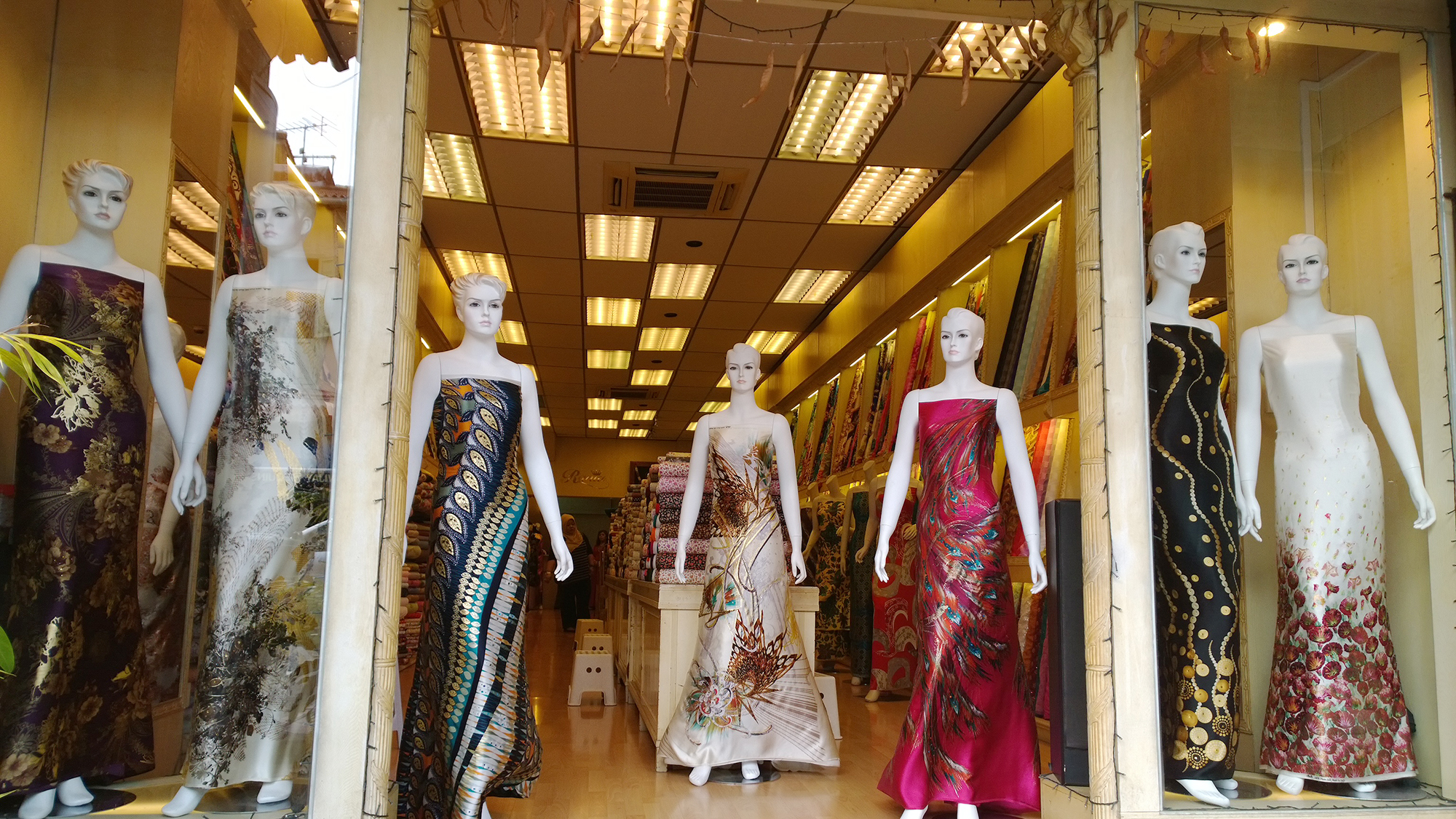 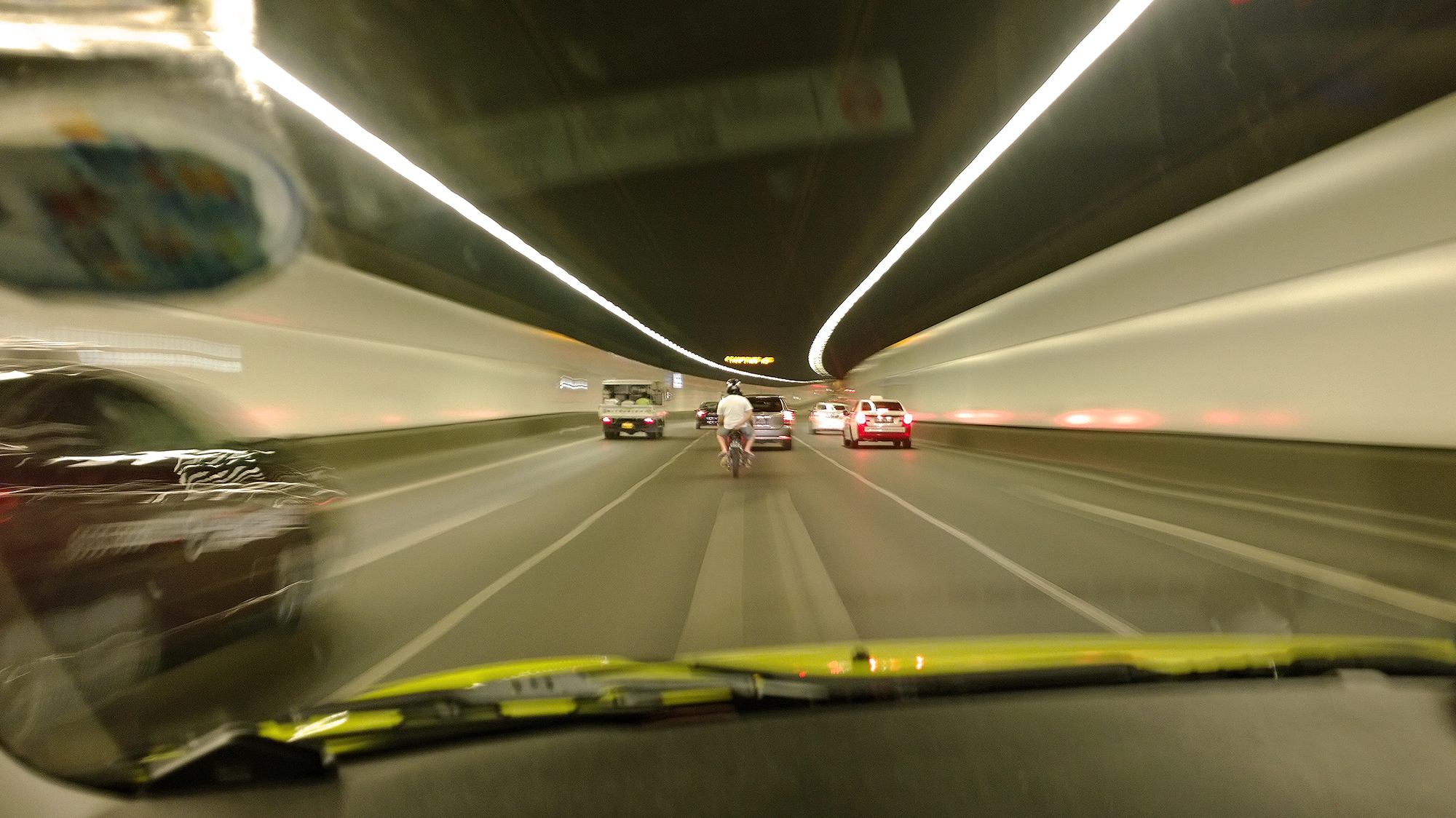 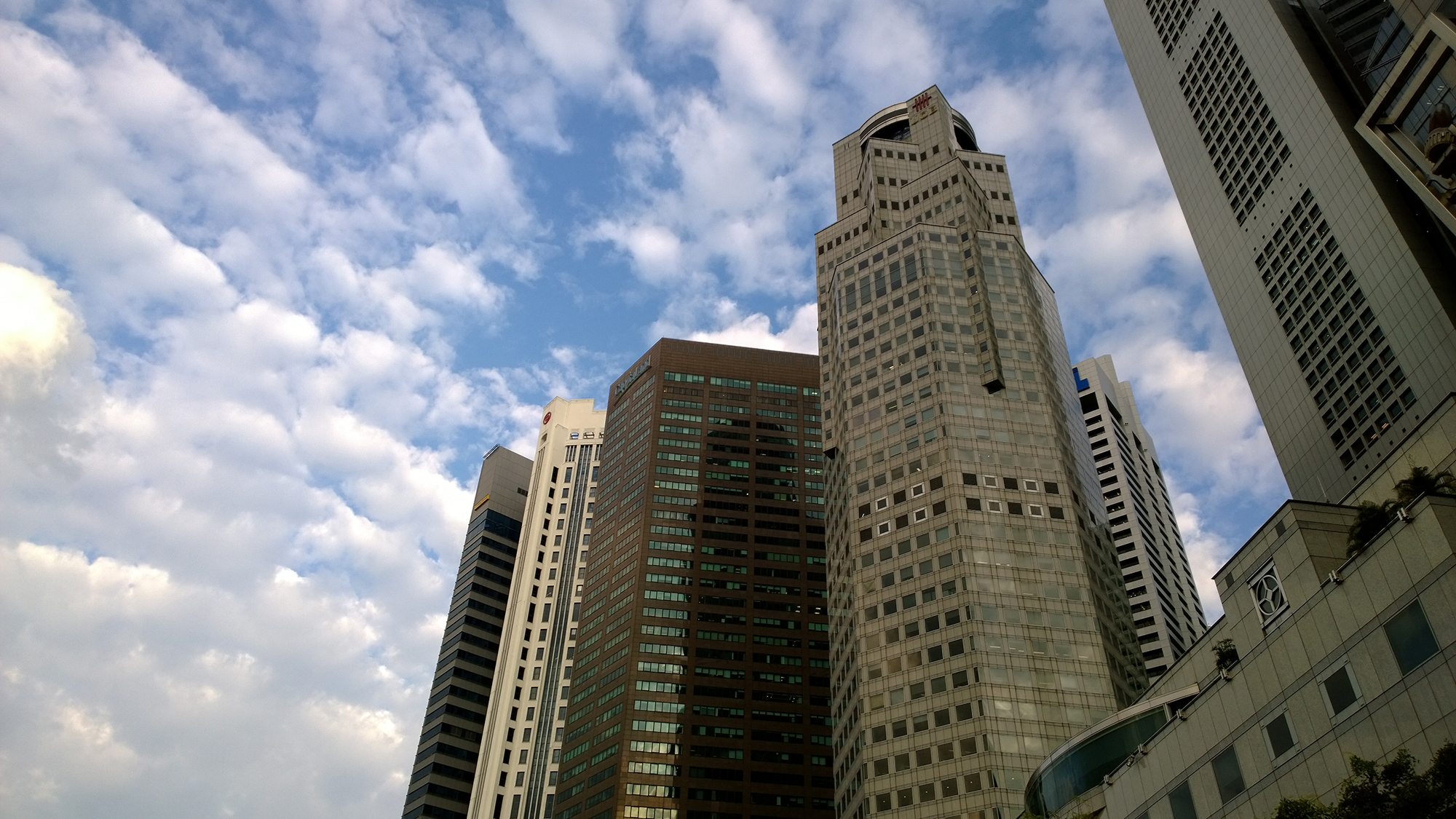 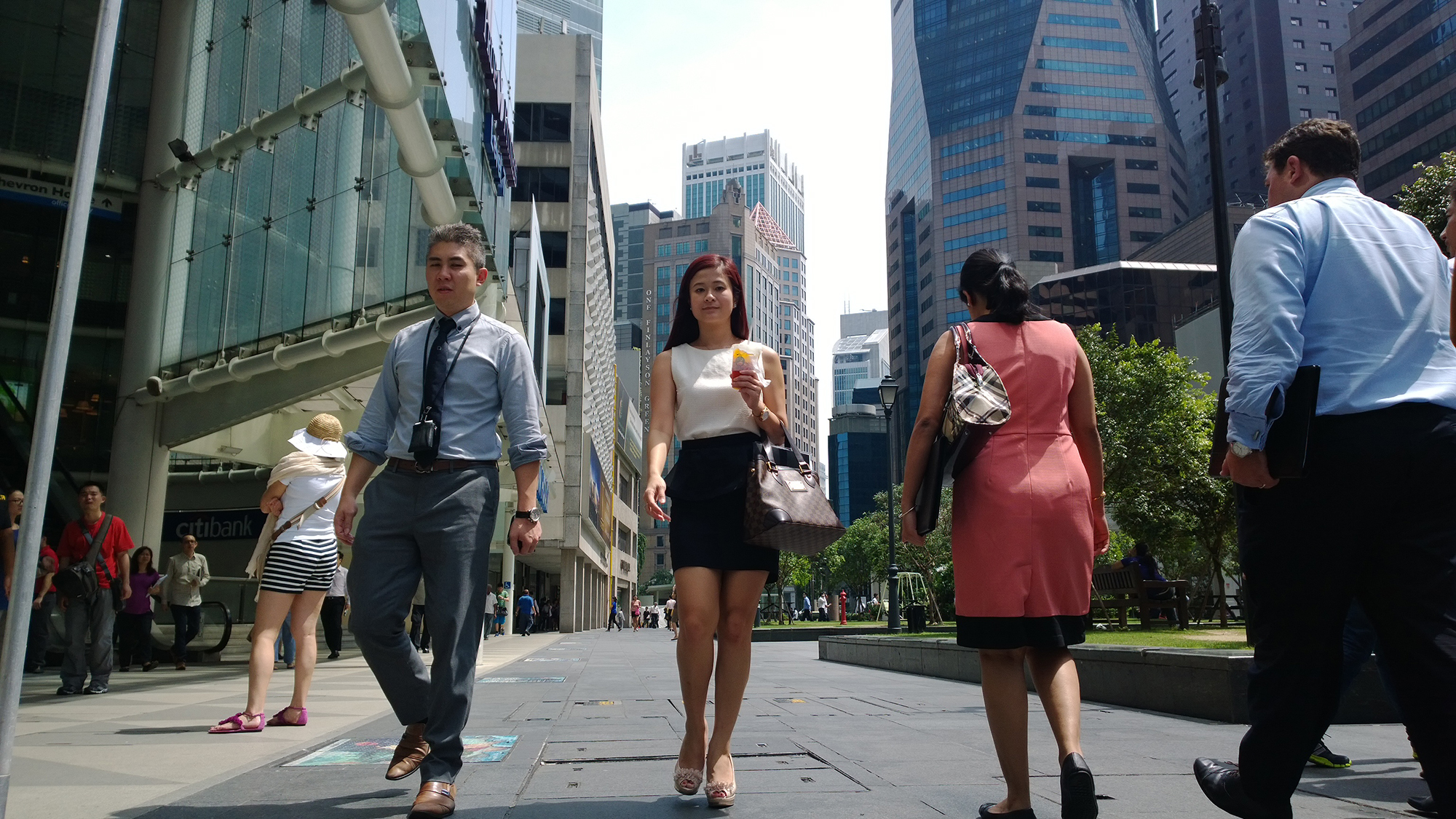 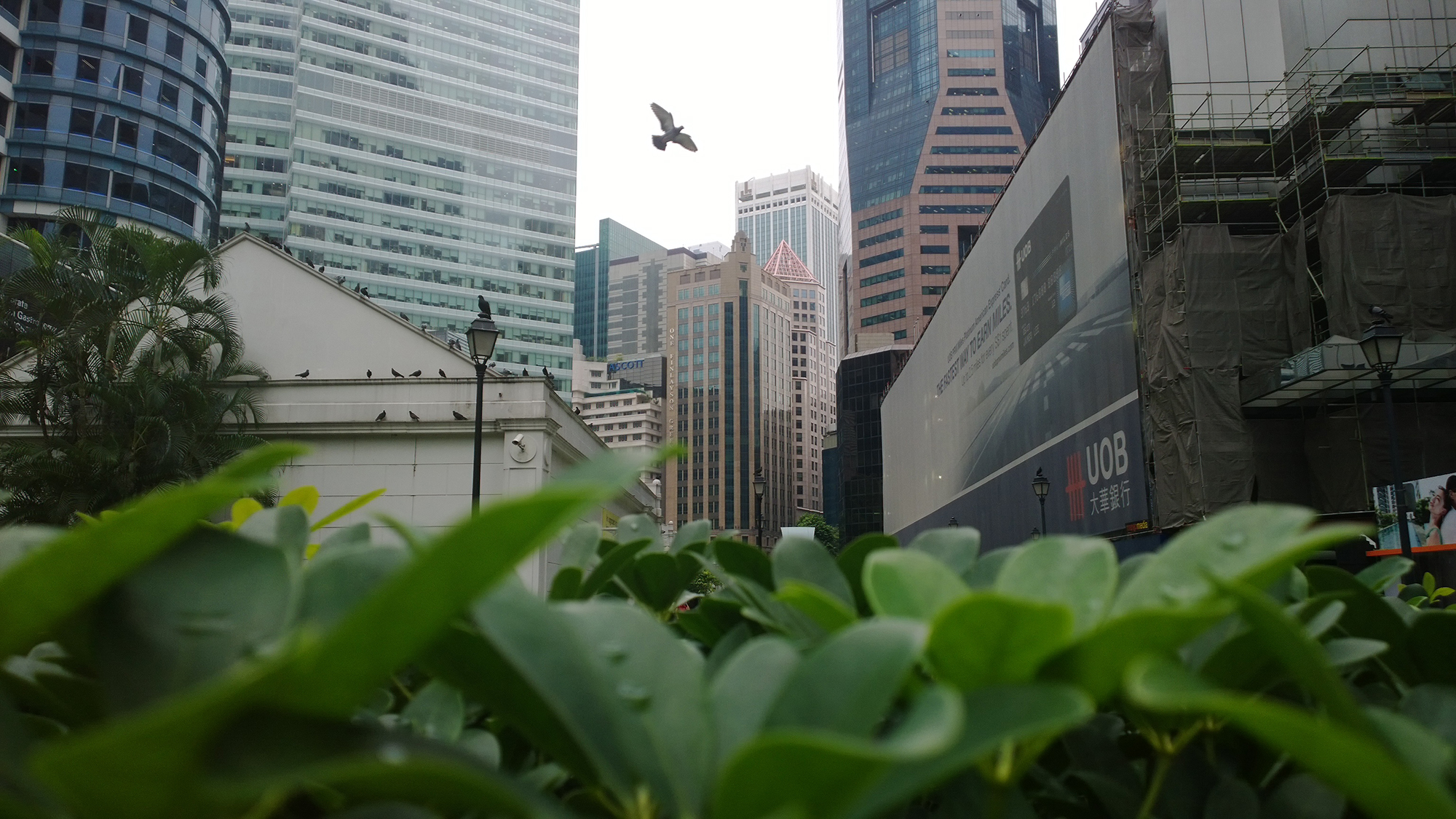 Big big thanks to Ujwal, and Bernie from FleishmanHillard, and Eng-Wah from Nokia. You guys rock! By the way, I liked the black one, but the yellow one is really starting to grow on me ;)

86 Thoughts on Review: Shooting with the Nokia Lumia 1020