Just recently, I had the opportunity to experience a 3-day intensive photo essay workshop organized by Leica, conducted by famed Magnum photographer, Abbas. I’ve learned about it on short notice, but I couldn’t pass up the opportunity to meet and learn from a master who’s been doing it for 45 years.

Abbas is an acclaimed photographer who roams around the world covering major political and social events. He has covered wars and revolutions in Biafra, Bangladesh, Northern Ireland, Vietnam, the Middle East, Chile, Cuba, and South Africa during the apartheid. He’s been a member of the elite photo agency Magnum since 1981. 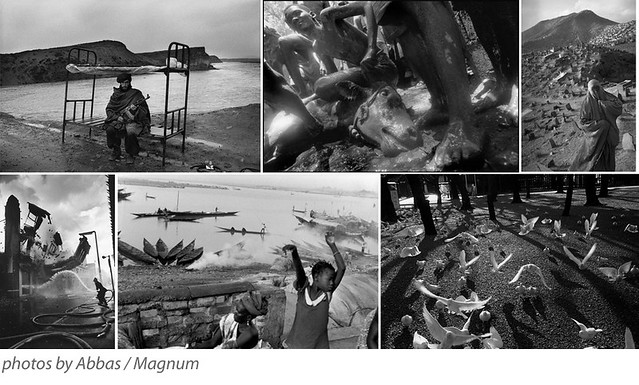 The objective of the workshop was to push our creative boundaries as we create a series of photographs that tell a story. I’ve been shooting for 3 years now and my focus has mostly been on capturing interesting photos that stands on its own and may or may not tell a story. I haven’t really tried creating a photo essay – so I guess it’s high time.

Day 1 – Show & Tell
One by one, the participants lay down 10 to 15 prints of their work on a long table. Abbas would ask everyone to critique, edit, and then sequence each set until it told a story. He’d make the final edit giving us a good peek over his line of thinking. Seeing Abbas edit and sequence my Bad Weather shots was a pretty surreal experience.

After lunch, it was time to shoot. The plan was to capture different religion and culture in Singapore. Our first location was around the Sultan Mosque and Arab Street, focusing on Islam. I decided to shoot in black & white because I heeded Abbas when he said: “The world is in color, black & white is my way of showing my sense of reality. It helps me to focus and concentrate on what I want to show.”

So I put on my 20mm lens, set my camera to monochrome, and was all set. It’s been a while since I shot with a wide-angle lens.. it was pretty liberating as I wasn’t constrained by space. And shooting in b&w is a constant surprise since the photo will always turn out better or worse :)

Day 2 – Shoot
The shoot continues… we were taken to a Hindu temple in Little India. It was my first time to shoot in a place like this and got very excited with the barrage of imagery, textures, and ceremonies in the temple. It felt like there was one photographic opportunity after another and you had to keep your eyes peeled to not lose it.

After lunch, the next destination was a Buddhist temple in Toa Payoh. This place was the complete opposite of the Hindu temple, but equally beautiful. The place was spacious and peaceful. The ceremony was quite serene with all the chanting.

Again, it was pretty surreal shooting as Abbas looks on, constantly giving tips on how to see and what to shoot.

Day 3 – Edit
I was late for an hour because I joined the Safra Bay Half Marathon Run which started at 5:15am. But still, I couldn’t miss this last day… coz as Abbas said, this is the day we start the actual workshop.

We were asked to bring 120 photos from our day-and-a-half shoot. We were grouped in pairs where our partner helped us edit the photos down to 20. These were then projected on the wall where the whole group debated and narrowed it down further. Then all final photos of the participants were printed, laid down on a long table, edited, and sequenced until it gave a pretty good essay on religion / culture in Singapore.

After everything, Abbas gave each of us a signed print of his work and brought out a bottle of Chivas Regal.

Thoughts on the workshop:
Getting to converse with Abbas was a very humbling experience. He kept a low profile and was very fatherly in his approach, but the thoughts he shared in the workshop was absolutely inspiring for me.

Overall, the workshop reintroduced me to the profound side of photography. I’ve been so focused lately on capturing beauty with a long lens, I forgot to step back and look at the big picture of serious stories happening around. While I still want to pursue portraiture, I have a new-found respect and passion for documentary photography.

Update – 12th September 2011
Mr. Abbas has commented on this article, and has added insight to the peculiar group shot which he took of us (main photo above): “i believe a photographer’s place is behind a camera, never in front of it and this is why i asked all to playfully cover their face… since this is a group photo, i am present with my left hand – holding the camera with the other, using danny’s camera.”

Thank you for dropping by, Mr. Abbas! :)

The group:
In addition to learning from the master himself, I got to meet a group of wonderfully different personalities all sharing the same passion for photography. Big thanks to Nathan, Khanh, Boon, Kim, Fun, Laxmi, and Deanna. I’m looking forward to more photo shoots with you guys! 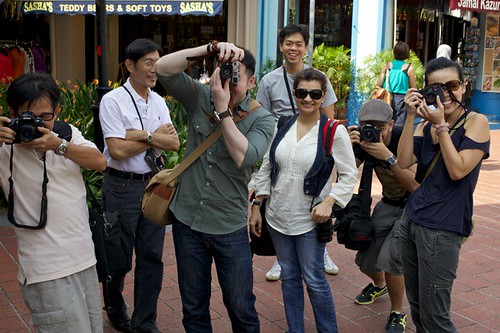 Photo above taken by Fun

I remember when everyone first brought out their cameras – lo and behold, half of the group sported Leica M9‘s! Meanwhile, Abbas and Melisa had Leica M9-P‘s. I was starstruck. After briefly handling one (thanks, Nathan), I wanted one! But I know I can’t for obvious reasons. Maybe someday, who knows :)

The Photos:
The theme we covered during our 1½ day of shooting was 3 of the prevalent religions in Singapore: Islam, Hinduism, and Buddhism. Abbas has always considered religion as culture rather than faith. With this in mind, we focused not only on the temples and ceremonies, but also on the streets in its periphery – hopefully giving a peek of the people within and outside of their place of worship.

Below are the keepers I got. View these photos larger to see the details, please click here. 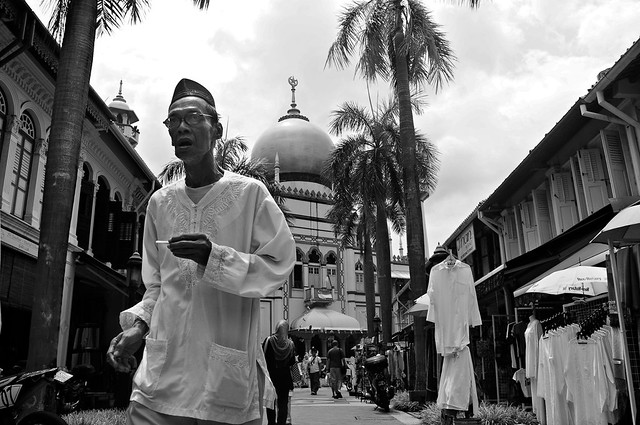 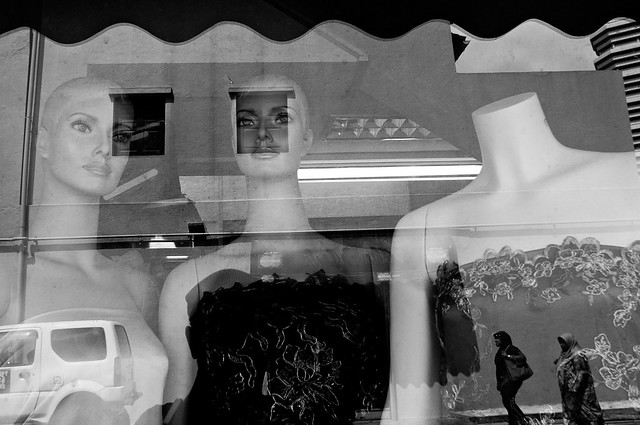 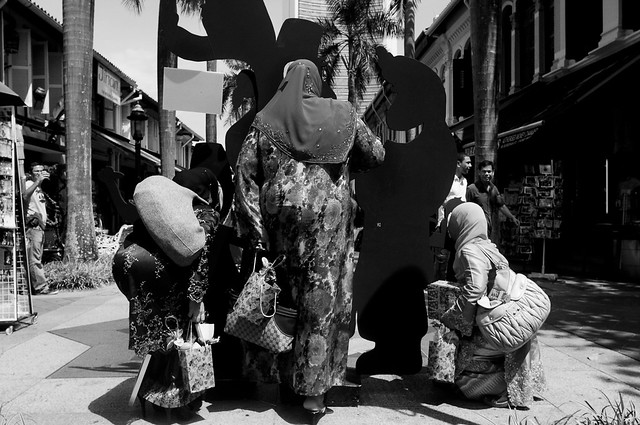 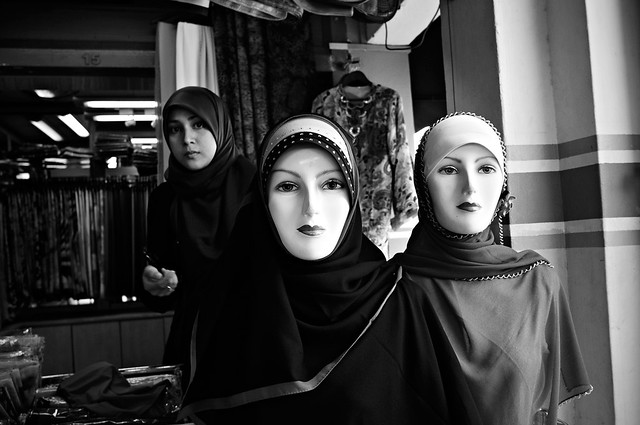 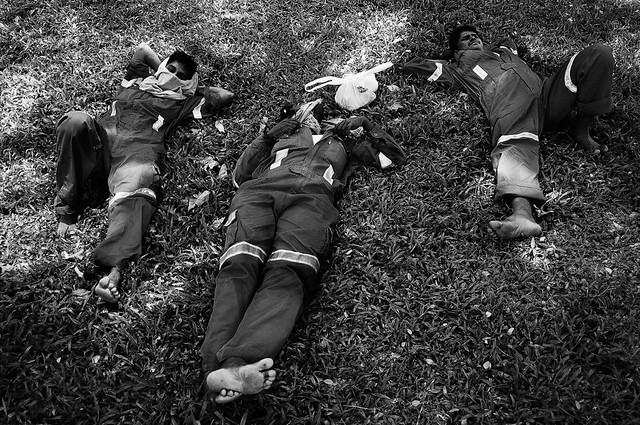 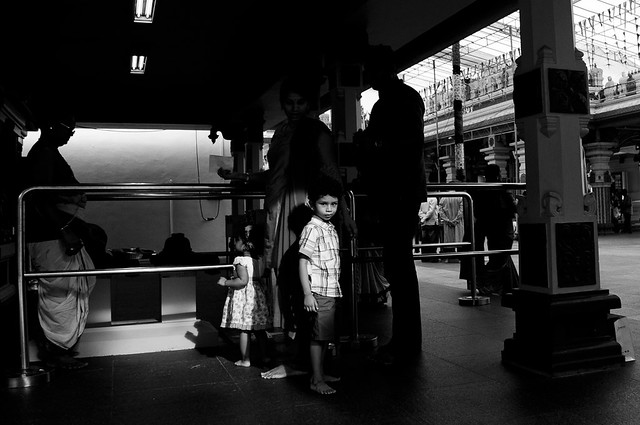 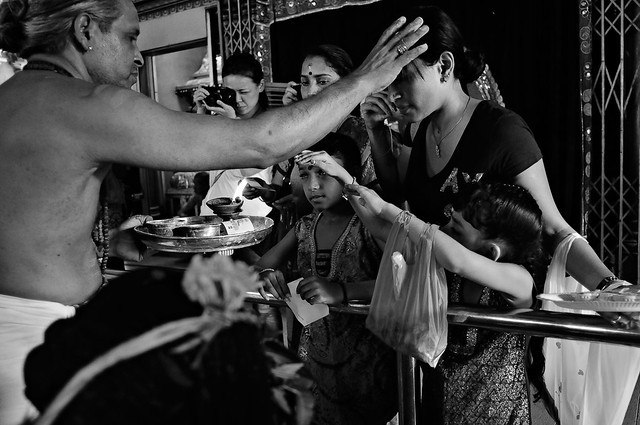 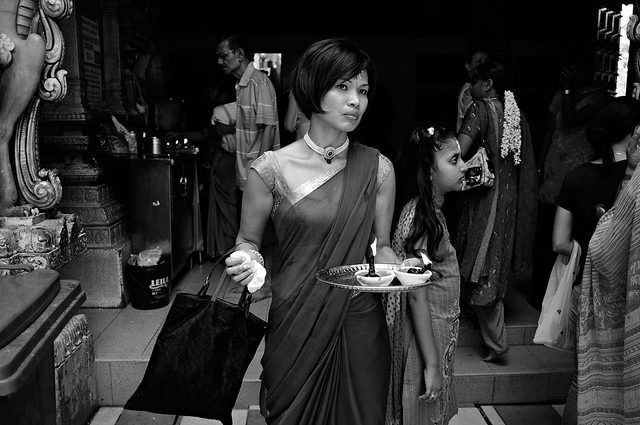 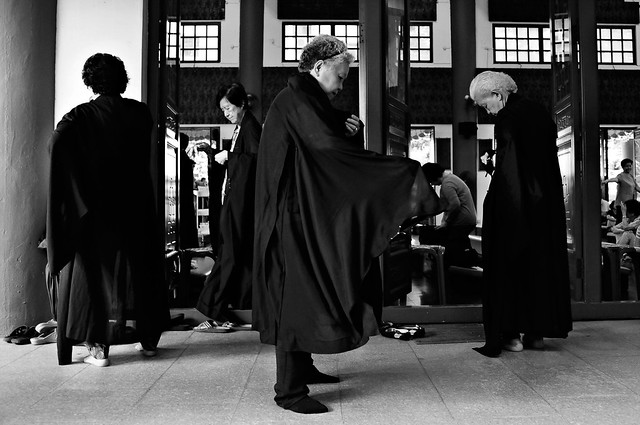 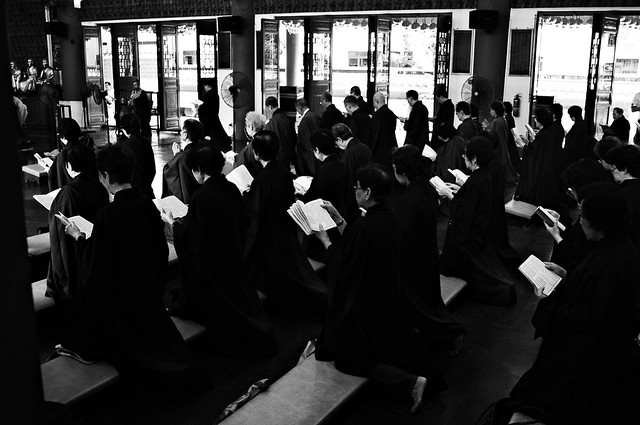 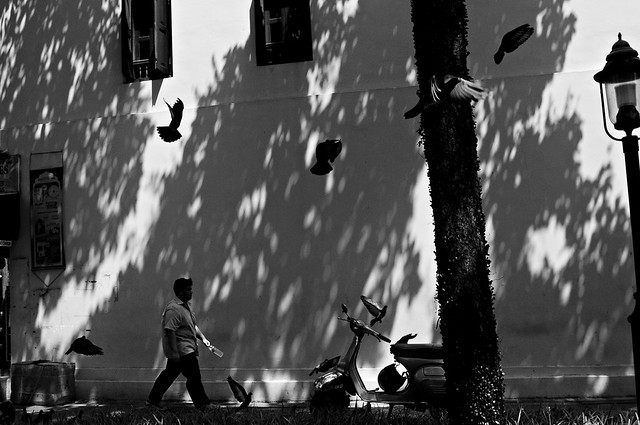 92 Thoughts on 3 Days with Abbas of Magnum