A few months ago, I got a message from Kelly, a project manager of a design agency in San Francisco – Tolleson Design. They were interested in buying a couple of photographs from my Portraits of Strangers set to use for a project they’re doing. Unfortunately, I didn’t have any release forms for any of the portraits, so using it for commercial purposes wasn’t possible. So instead, they commissioned me to create a new set of portraits with the same aesthetic.

The project involved creating portraits that will be incorporated as part of the visual language for their rebranding design for McAfee. The set of faces need to portray personas of home and business consumers from around the world. It’s a good thing I’m based in Singapore :)

The main challenge I had was casting. I couldn’t just walk around the streets hoping to encounter faces that fit the client’s preferred profile.. that wouldn’t be an efficient use of time. So I first resorted to friends and office mates. I got a few good candidates, but after the 3rd round of casting, I realized I had to broaden my search. So I resorted to other sources such as Facebook and Model Mayhem. After 7 rounds of casting and 70+ candidates, the client got to select 17. The variety of the selected candidates were just awesome… they came from Spain, India, Ukraine, Russia, Hungary, Brazil, Philippines, Singapore, and Japan.

I shot in the same conditions as I did in the Portraits of Strangers project: late afternoon in Orchard Road. The shoots were very quick and informal… no stylist, no makeup artist. Just me, the subject, and an assistant. I approached it the same way I did my personal project, except that I alloted 15 minutes per subject (as opposed to the usual 15 seconds), and I brought along an assistant just in case I needed to use a reflector. And in those times when the reflector wasn’t needed, my assistant decided to take some behind-the-scenes shots. Thanks, Paulo! :) 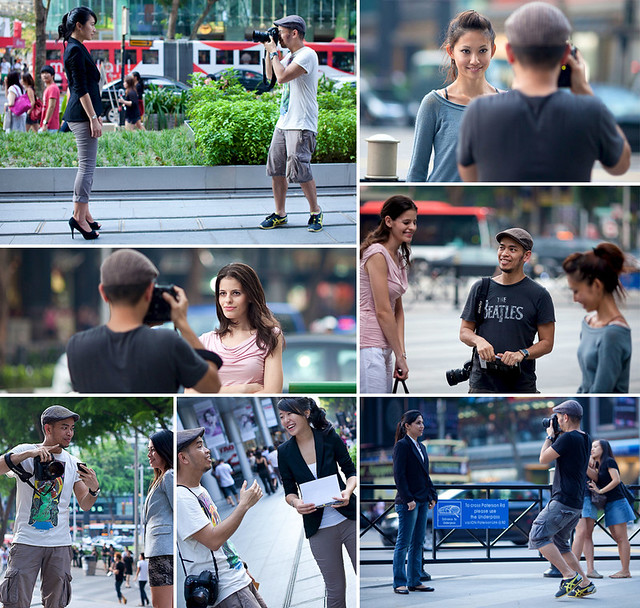 I rented a Nikon D3x for the project. Though compared to my D300, I’d say it doesn’t have a world of difference in terms of image quality, it does trump my camera in 2 areas:

1) Images from a D3x has 24 megapixels, as opposed to my D300’s 12. I know people often say megapixels has no significance in image quality, and I agree. But the moment you start getting clients who wants the flexibility to print their photos large, the D3x is heaven sent.

2) The D3x has mind-blowing noise performance on low light situations. In one of my shoots, the subject was very late coz she got unexpectedly caught up in traffic. It was already getting dark (past 7pm) and I thought it was impossible for me to get a decent portrait at this light. I was about to postpone the shoot to another day, then she suddenly showed up. I figured, well I have the D3x, so let’s see what this baby’s made of. Fortunately, there was a large LCD screen outside the mall, so I used it as a source of light. I just waited for the screen to turn white… then click! 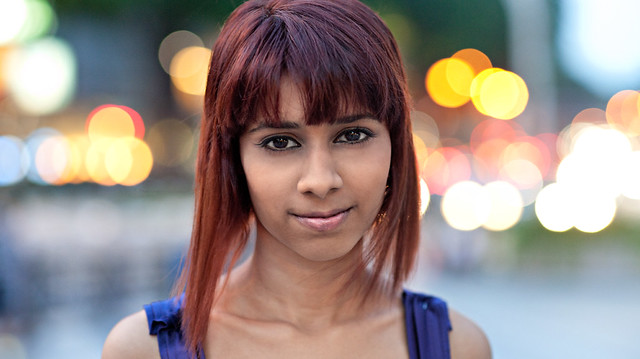 At ISO 1600, the image turned out pretty good. It’s as if I shot the photo an hour earlier. So that’s why the D3x is Nikon’s top-of-the-line camera, and cost you an arm and a leg.

After a few months of casting and shooting (I could only shoot on weekends), I’ve finally wrapped up the project. All in all, I was pretty happy with the results… thankfully, so was the client :)

This was the second commissioned shoot I got because of my Portraits of Strangers project. It’s really true what they say, that personal projects win commercial jobs. Not only does it make you do what you’re really passionate about, it also gives your potential clients an insight to your vision and approach in photography. And if you get lucky (as I have), a few will start knocking on your door.

Here are some of the portraits I’ve taken for the project: 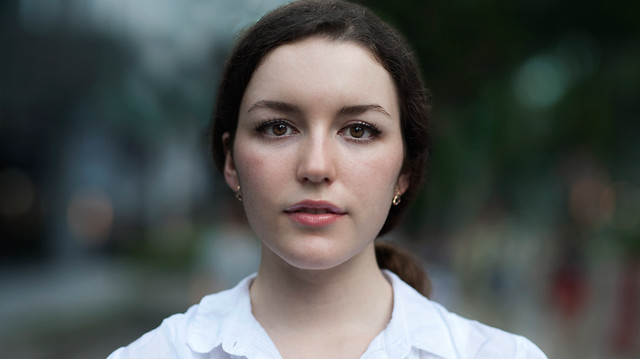 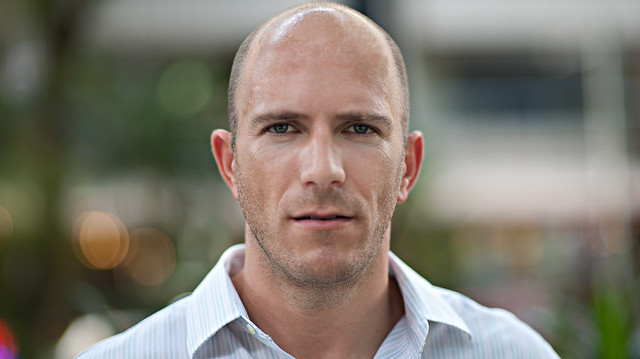 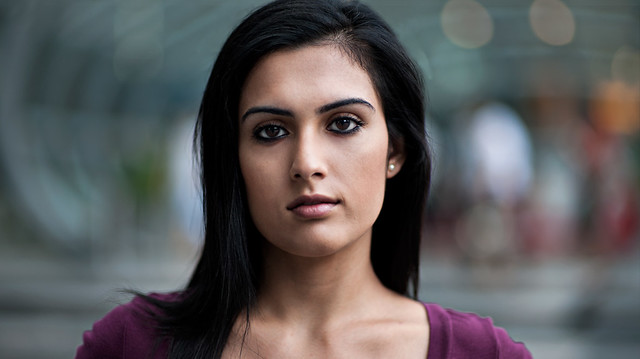 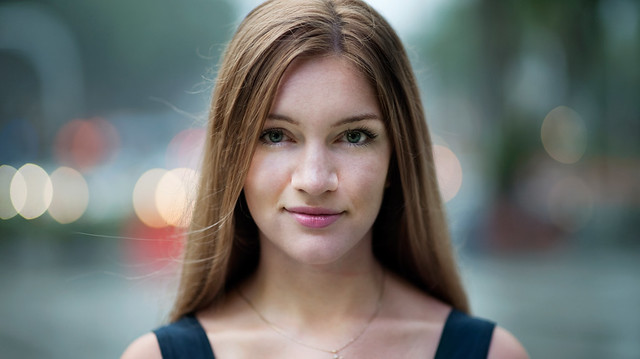 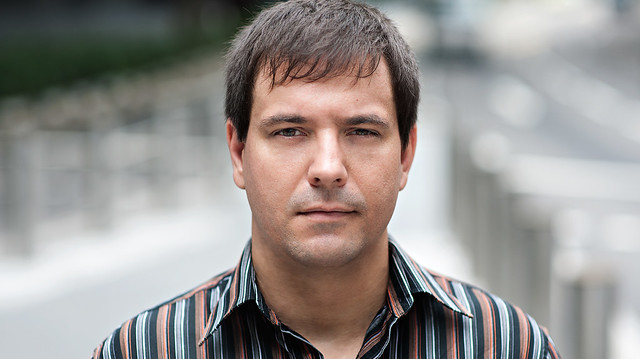 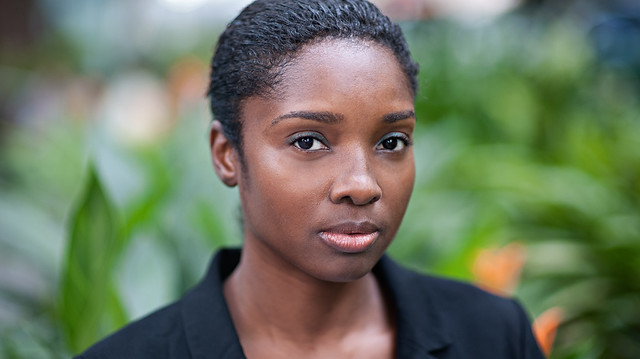 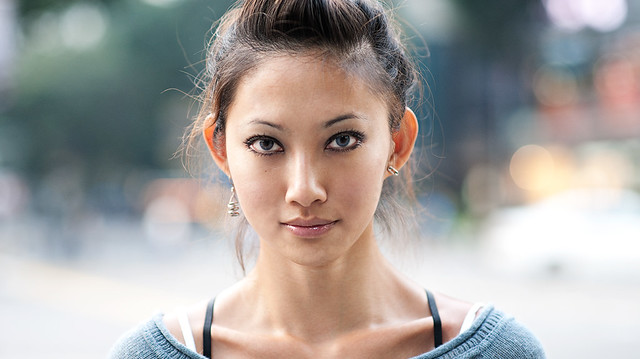 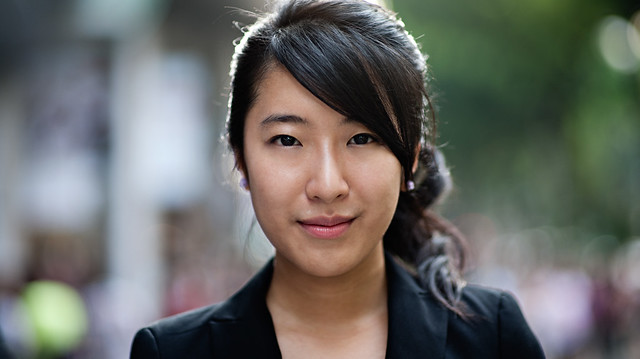 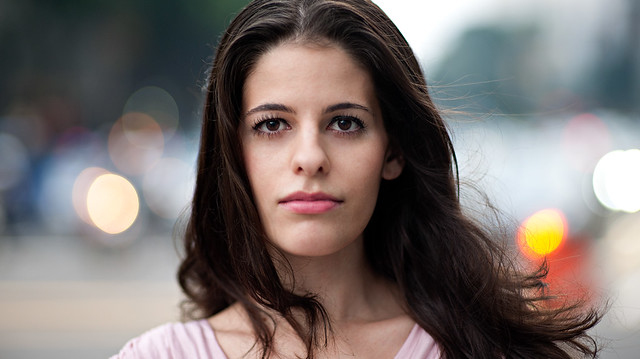 You can view all the portraits in my Facebook page album here.

I’d like say big big thanks to all my friends who helped me out in the project. The casting was made easier with the help of Unai, Winnie, Luiza for recommending Shirley, and Jun for introducing Naoki.

Big thanks to Paolo Legaspi for patiently assisting me in some of the shoots, and for taking those behind-the-scenes shots. He wrote a blog about his stint as a photography assistant. You can check it out here :)

Of course thanks to the wonderful people who agreed to be photographed for the project: Oscar, Santeri, Lena, Nikita, Lana, Adeline, Sonjel, Jore, Ankur, Maiya, Jasmine, Zee, Dora, Tanishq, Unai, Shirley, and Naoki. You guys were awesome.

And most of all to Kelly and the guys at Tolleson Design… thanks for the confidence, guys.