Stranger #77 was one of the most strikingly beautiful face I’ve photographed in my Portraits of Strangers project. So when I decided to do this “Strangers Revisited” project, she was an obvious choice. And when Atika agreed to do a photo shoot with me, I was so ecstatic yet pretty nervous at the same time.

This was her a year ago, when I spotted her walking with her boyfriend in Orchard Road. When I asked if I could photograph her for my personal project, they seemed unsure about the whole thing, but eventually said ‘yes’. 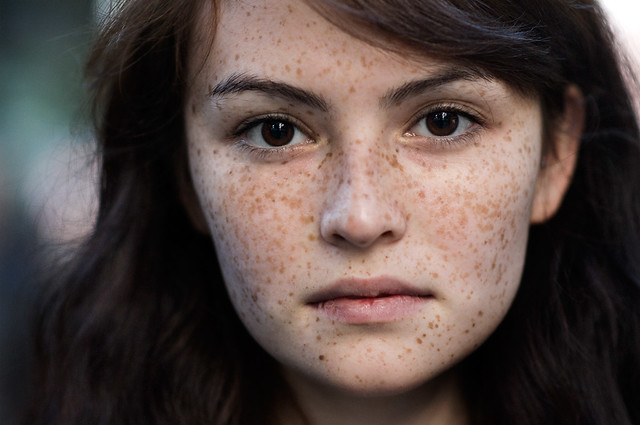 Her portrait quickly garnered quite a lot of comments and praises when I posted it on Flickr and DeviantArt. One of the comments stuck in my head: “A girl without freckles is like a night without stars.” I think it’s perfect for her.

Before the shoot, my girlfriend and I went to scout for potential locations. It was then that I realized shooting portraits was more than just showing up with a beautiful subject and start clicking pictures. The preparation for the shoot was much more challenging – finding locations with the right background and the right amount of light to match the photos I had in mind was not easy. Furthermore, I had to take note of the time frame to ensure the light from the sun was consistent.

Sure anyone can just go there, randomly wander around and hope to get lucky, but I’d rather come prepared.

Meeting Atika on shoot day was quite pleasant. I haven’t actually seen her in person since I took her stranger portrait a year ago, so I forgot how tall she was. She seemed shy as she was so soft-spoken. But as soon as I took the first shot, I saw she had this cool confidence in front of the camera. 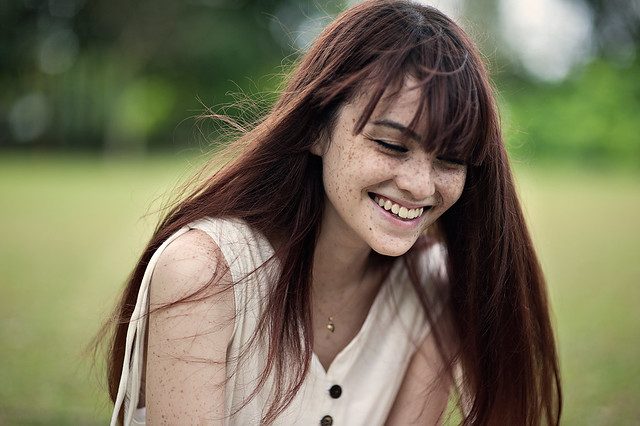 During the photo shoot, I learned some interesting things about her:
1) Her mom’s Javanese and her dad’s Irish – a curiously fascinating combination; 2) She used to train for long distance runs – she got this from her mom who’s also a runner. I forgot exactly what her 10k finish time was, but I remember thinking she’s faster than I am (yup, I run too). Unfortunately, she had to stop running due to scoliosis; 3) She’s a cat person, adopted 2 cats: Spotty and Simba. She’s averse to getting kittens from breeders coz she doesn’t like how cat moms are abused to breed continuously. I totally respect that. 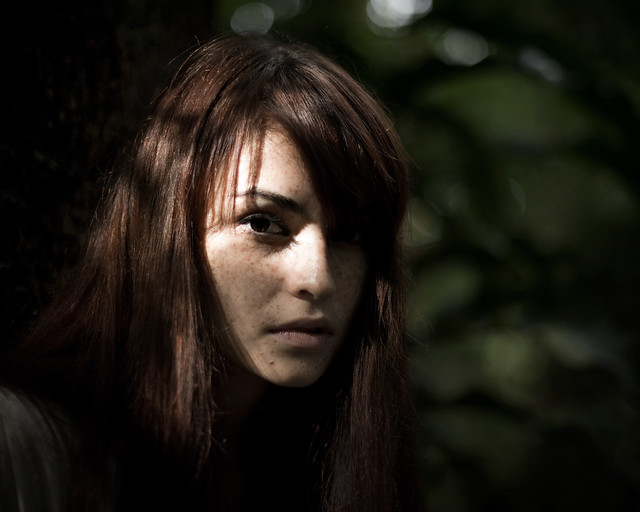 Other techniques I used was perspective. When I asked Atika to lay on the ground, I was standing up at first while photographing her. It didn’t come out as good. So I tried crouching down.. still no good. So I literally leveled with her and laid on the ground as well. I think the shot turned out much better. 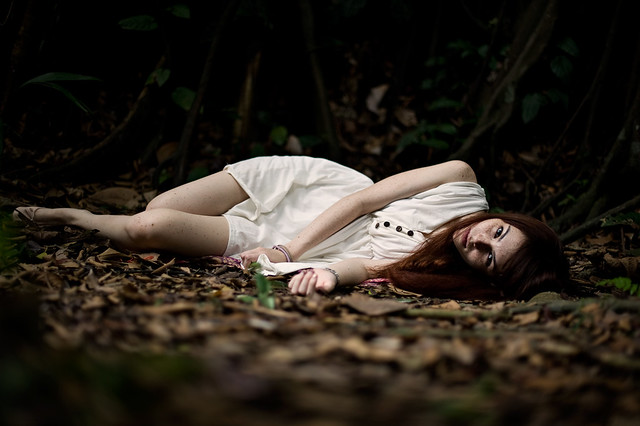 Overall, I had fun. I kept on experimenting trying to work with as much variation as I could, playing around with backgrounds, lighting, and perspective. Atika is so naturally beautiful, it’s almost impossible not to take an uninteresting photo of her. Yet I know I still have a looong way to go in portraiture. But I’m trying.. and I hope to get there someday :) I need to immerse myself with inspiration and keep shooting until I find my bearing in this genre of photography.

I’d like to continue photographing portraits. I hope I’ll be able to convince more strangers to do this with me. Big big thanks to Atika for saying ‘yes’ again. 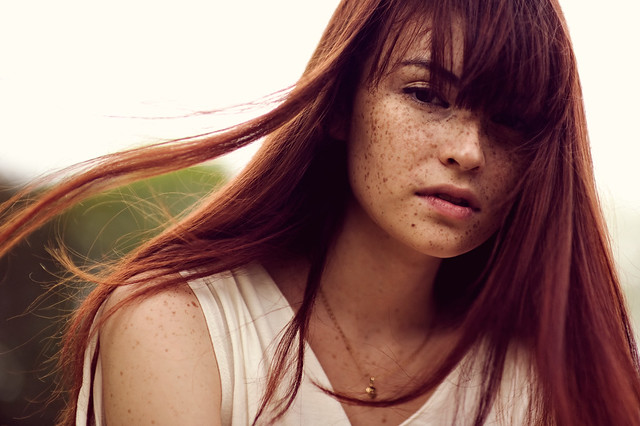 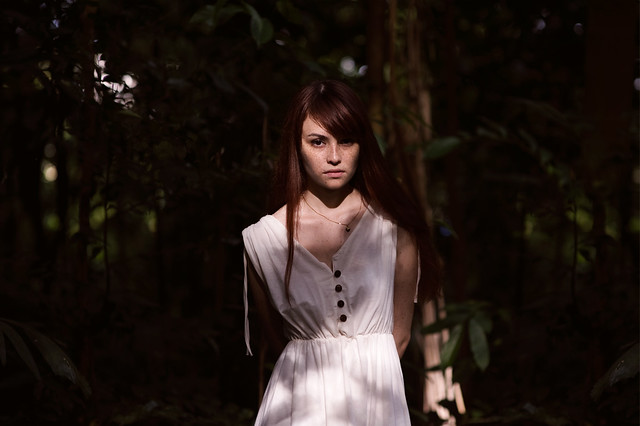 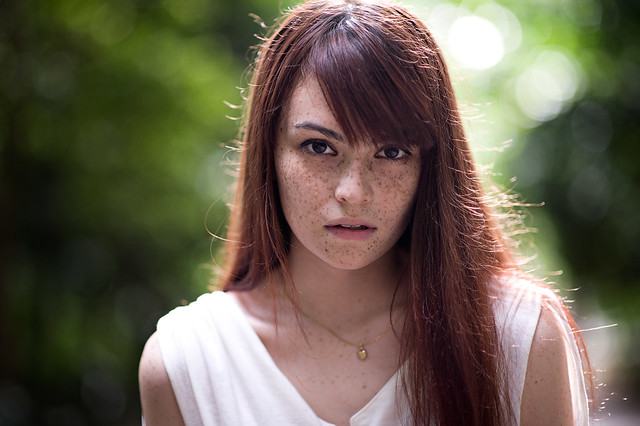 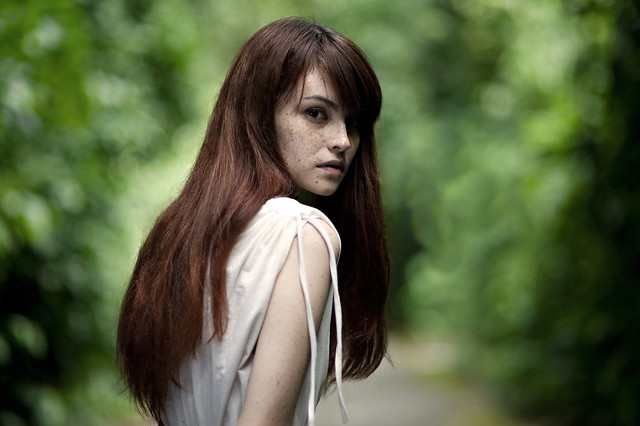 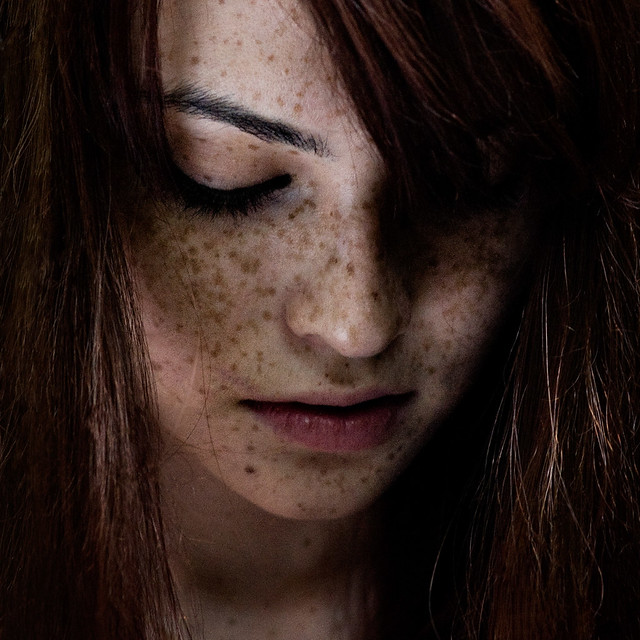