I’ve always wanted to dive into portraiture, and my previous Portraits of Strangers project served as my personal transition from candid street shooting to portraiture. Looking back at project, I later decided to create a new series of photo shoots by revisiting some of the strangers I photographed. Thanks to my facebook page, I was able to contact some of them.

This was Sophy when I photographed her for my Strangers project a year and a half ago. She was the first girl the I approached and I can still remember my hands shaking as I took this photo. Instantly, she was a crowd favorite, being one of my photos in Flickr with the most comments and favorites, and stands as my most viewed photo to date. 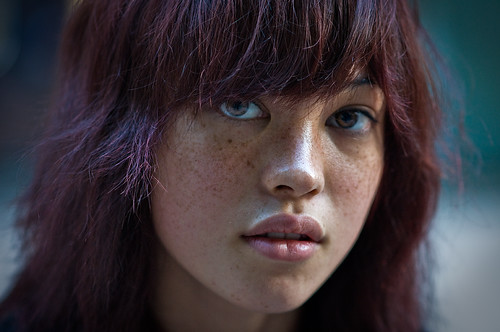 When I sent her a message in Facebook asking if she would be interested in doing a photo shoot with me, much to my delight, she responded “Definitely interested.”

We scheduled the shoot on a Saturday afternoon at the Singapore Botanical Gardens. It was a large place with different degrees of greens, light, and shade. This gave me lots of options to play around with regards to composition. Prior to the shoot, my girlfriend and I scouted the area and pinpointed specific areas to photograph Sophy. I always prefer to come prepared rather than just randomly walking around hoping to find a good spot.

On the day of the shoot, I learned 3 interesting things about her:

1) She spoke with a thick English accent, something I didn’t expect. I didn’t notice this when I took her portrait a year and a half ago since that encounter didn’t even take a minute. Ever since, I couldn’t really figure out what her ethnicity was. I thought she was sort of Asian, but when I first showed her photo to my brother, he said she seemed Caucasian. I finally asked her about it and learned that her mom’s Japanese and her dad’s English… and Japanese is her first language.

2) In one of the shoot locations, I was asking her to relax and just slouch as much as she can – as if she’s just had a very tiring day. I noticed that she was having a little trouble doing this, which I found curious. Later she told me that she grew up training in dance. Consequently, her mom always told her to sit up straight… so slouching never came naturally for her.

3) She’s been in a few photo shoots before, mostly to help out friends for their portfolio. She did mention that she wasn’t used to just staying natural in front of the camera, without actually doing so much poses. I said I wasn’t a big fan of the usual model poses. Besides, she looked beautiful even without much effort or poses. 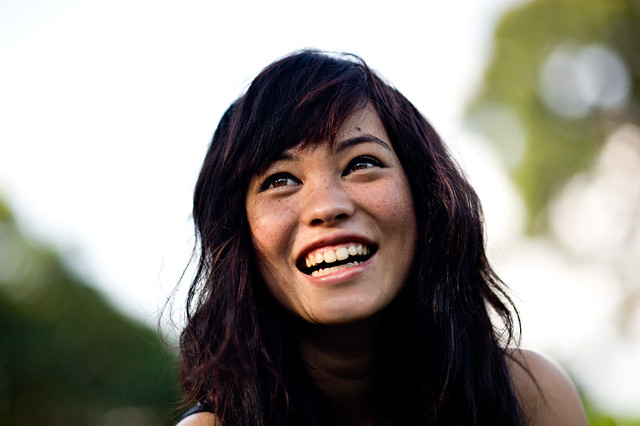 We wrapped up after 2 hours. I felt really good about this shoot, and was able to come up with a few keepers that I’m really happy with. It was a good confidence booster for me, and now I’m looking forward to having more photo shoots like this with other strangers in my previous portraits project. In the process, I also hope to discover more ways to create different and interesting environmental portraits.

I’ve always considered Sophy’s stranger portrait as one of my best keeper shots, one which I will always be proud of capturing. In my mind, Stranger #7 to me is what the Afghan Girl is to Steve McCurry. Rarely do I encounter comments on my portraits that say “She’s probably the most beautiful girl in the world.” She got quite a few. And I’m inclined to agree. 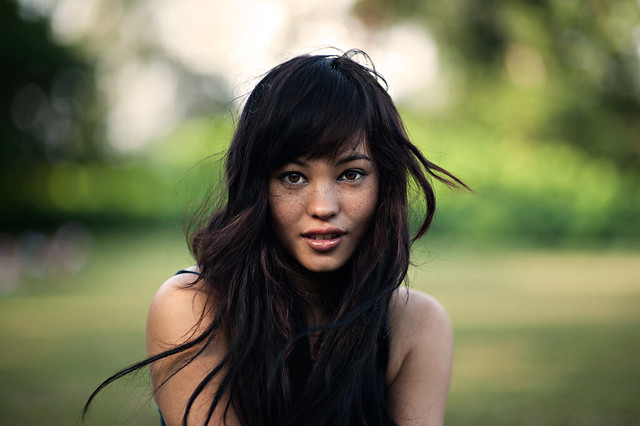 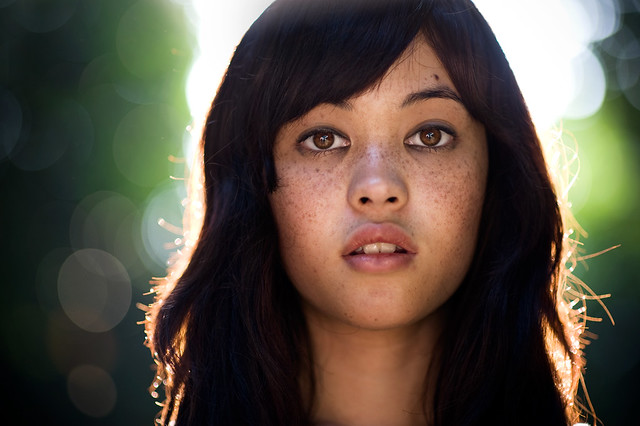 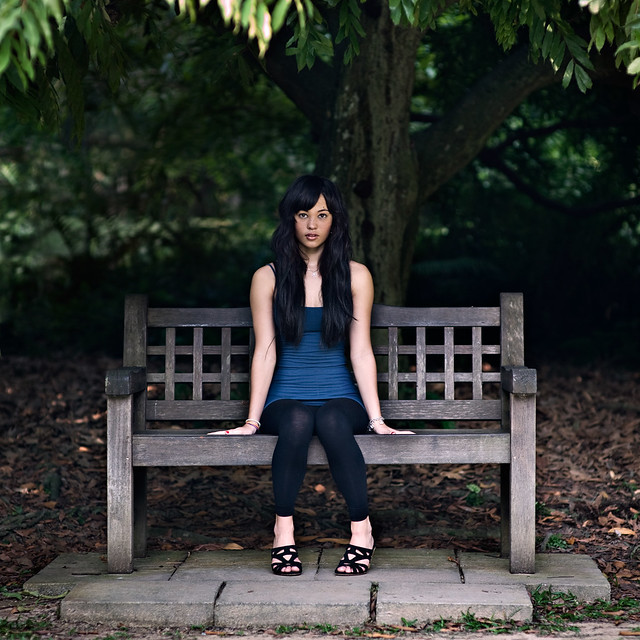 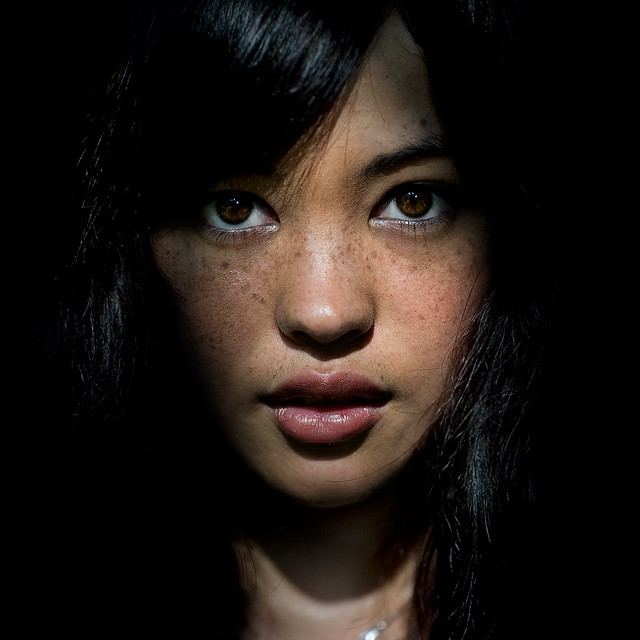 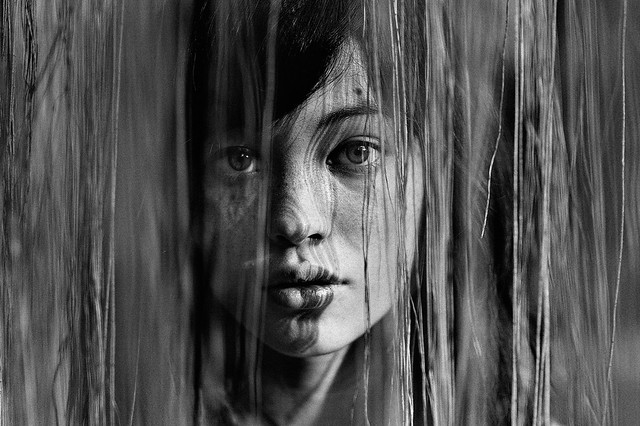 Here are the 8×12 prints I promised Sophy in exchange of the photo shoot. 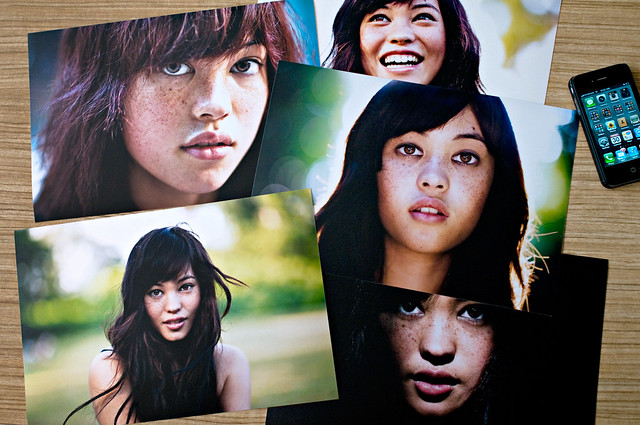