The Not So Christmas-y Christmas Photo
If Looks Could Kill...
bad weather, Personal Project January 27, 2012
Share

I love shooting in the rain. If it’s a weekend and it’s raining, you’ll probably see me with an umbrella on one hand, and my camera on the other, walking (sometimes running) around Orchard Road taking photos of strangers as they run from one mall to another. Often times, it’s an adrenaline rush for me. As it turns out, the same can be said to the ones on the other side of the lens.

Singapore has been experiencing a downpour for the past few weeks. And as I diligently photograph the streets while completely drenched from waist down, I noticed that an extraordinary amount of the people running into the rain has a grin from ear to ear… even in the heaviest of rains. 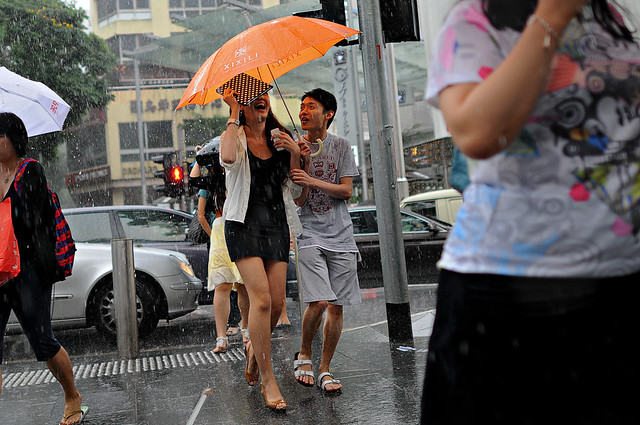 In a weather that’s supposed to inconvenience people by keeping them indoors or else get uncomfortably drenched, people seem to get by. In fact, they seem to be happy about it. A friend offered an explanation: “It’s because they’re doing something crazy. They know they shouldn’t be doing it, but they do anyway.” I guess the same can be said to me… I shouldn’t be risking my camera by shooting in the rain, but I do it anyway. 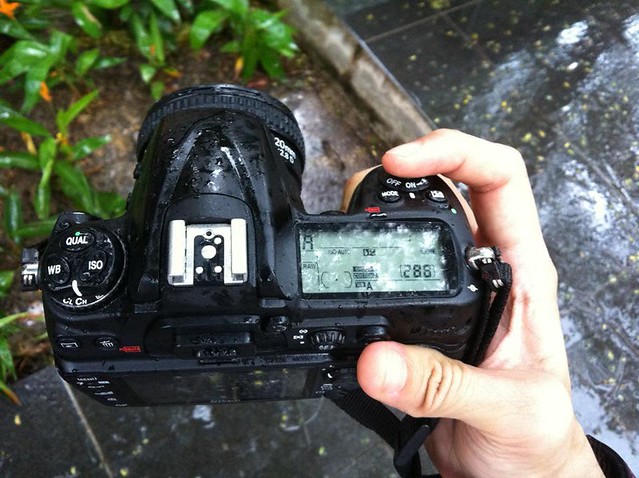 So, if they’re having fun running in the rain, I’m having fun shooting them. In the end, they get to the other side of the road, and I get photos I’m hoping for :) As they say:

“Life is not about waiting for the storm to pass, it’s about learning to dance in the rain.” 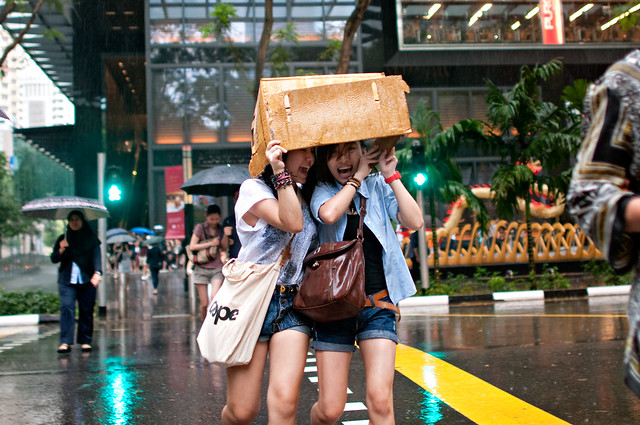 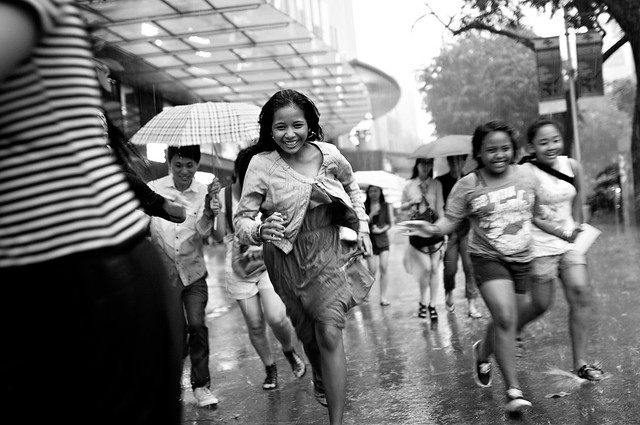 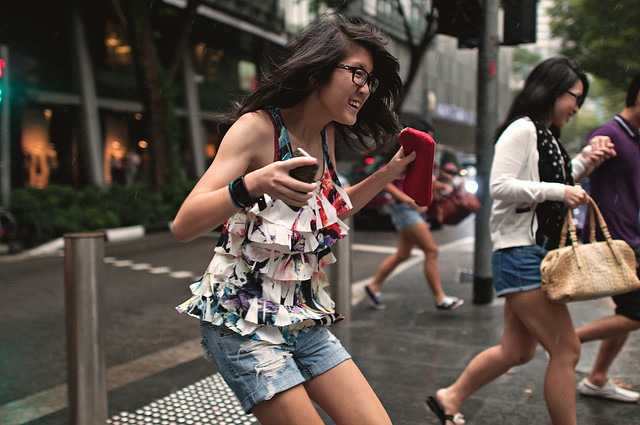 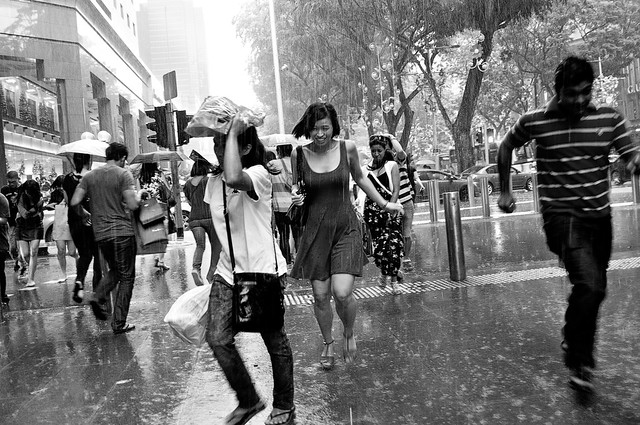 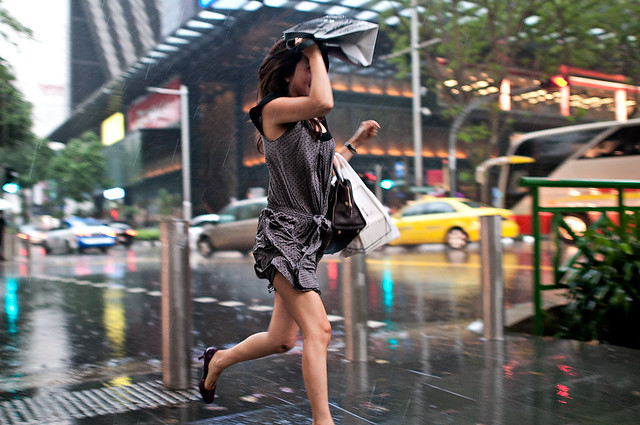 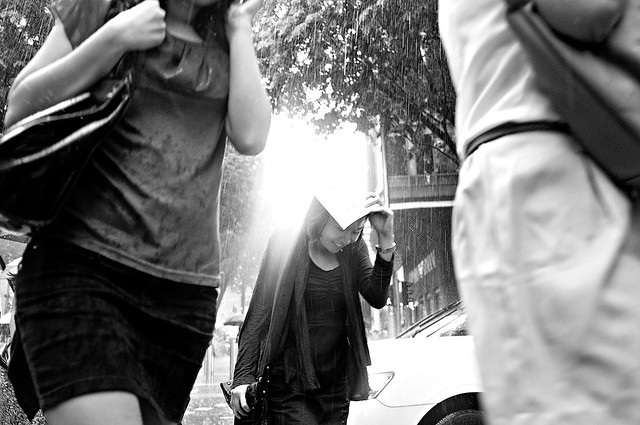 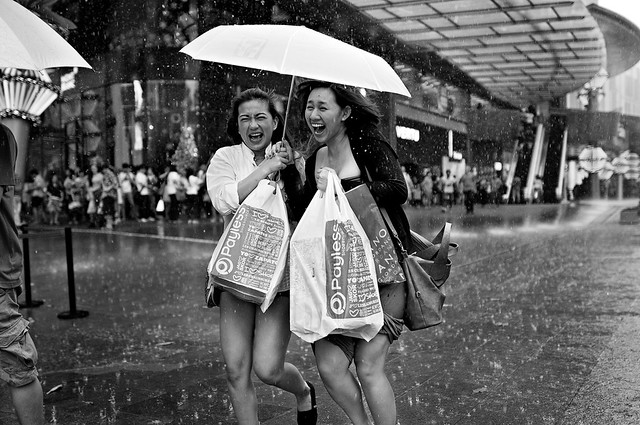