One of the images that are on display in the Don’t Smile exhibit is a collage of 105 non-smiling faces, all of which were photographed through a studio setup in tcc in a span of 3 Saturdays. This involved an open call for faces… and all they had to do was look in the camera and don’t smile.

The open call was announced a few weeks prior in my facebook page as well as tcc’s email database of members. I remember being concerned if anyone would actually sign up, or if we’d have enough faces for a collage… but surprisingly, the slots for the 3 sessions were filled up pretty quickly.

Prior to the shoot, I did a number of tests in the studio to figure out a good light setup for the project. I rented a studio at Camera Rental Centre and tested with Reuben, my assistant, experimenting with different light modifiers like the ring light, snoot, etc. The next test shoot was with my wife, Kathleen, playing around with a parabolic umbrella. Then finally the last test shoot at home. Finalizing the setup was not easy at all. In fact, even at the night prior to the 1st scheduled shoot, I was still not confident of the setup… something was missing. It was only in the morning of the shoot day while setting up the lights in tcc, an hour prior to the first subject, that everything fell into place. I ended up using a Paul C. Buff 64-inch parabolic silver umbrella with diffuser on top as key light, a medium soft box as fill and catch lights, and a lastolite tri-grip reflector. The black walls also helped a lot to create the mood in the portrait.

I realised that coming up with the light setup was the hard part… the proceeding shoot was relatively a breeze. 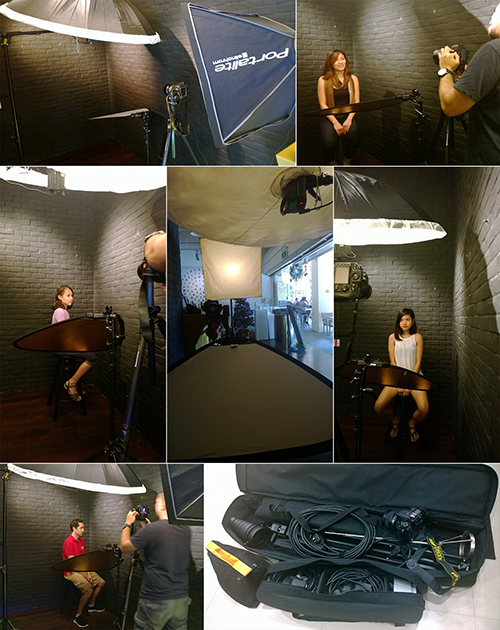 Photographing 105 faces was quite an experience. I got to shoot different personalities, from the shy and timid type, to the rowdy ones who can’t stop smiling. Getting them to give me a natural, relaxed non-smiling face proved to be a challenge. Some would start off with a deer-in-headlights look, others the boyz-in-the-hood gangsta glare. But as soon as we started to have a conversation, they became more relaxed, and their look more natural. After a few minutes of getting to know each other, that’s when I usually get that keeper shot. 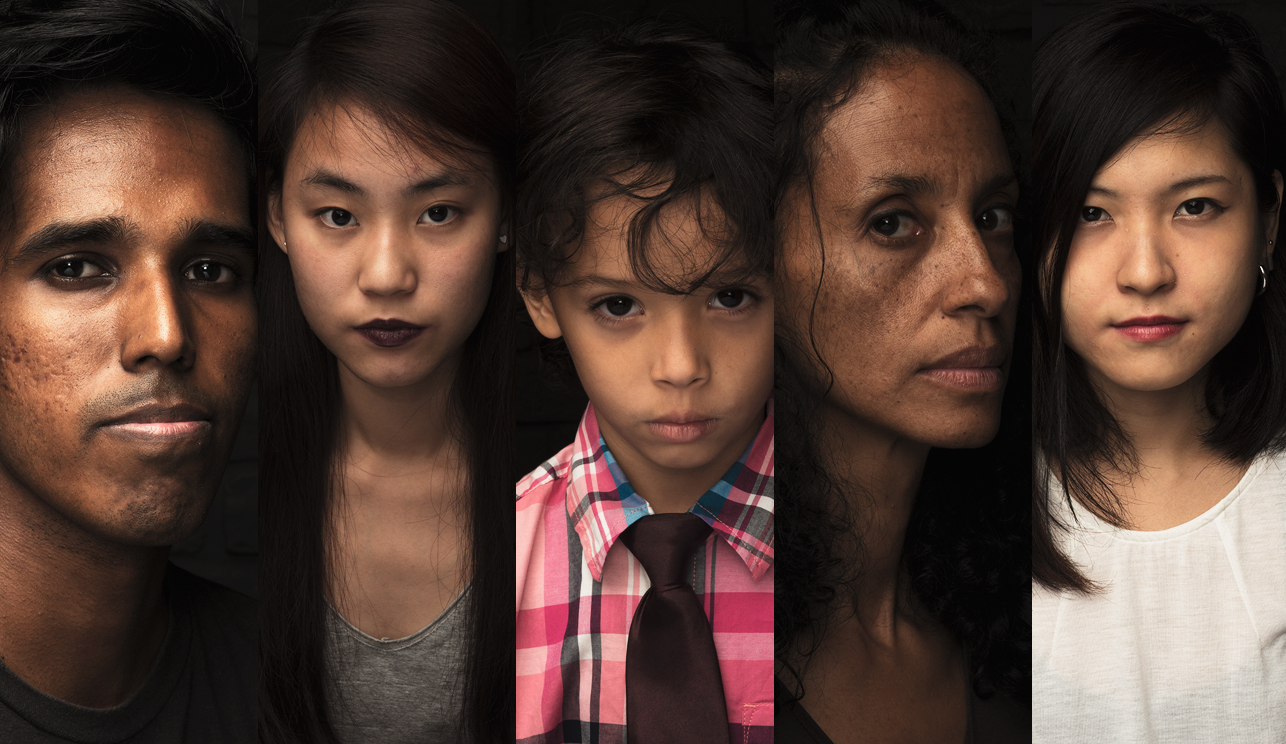 On the average, I shot about 35 people per day, from 11am to 7pm. My wife, Kathleen, assisted me on the shoot. It almost felt like a date for the whole day coz we were treated to unlimited drinks and food in tcc :)

After all the volunteers have been photographed, the next challenge was to create the collage of 105 non-smiling faces. It took me about 2 weeks and 3 different designs with different layout to come up with something we were happy with. Here was the result:

And here it is, printed large at 12ft x 6ft, and posted on the wall: 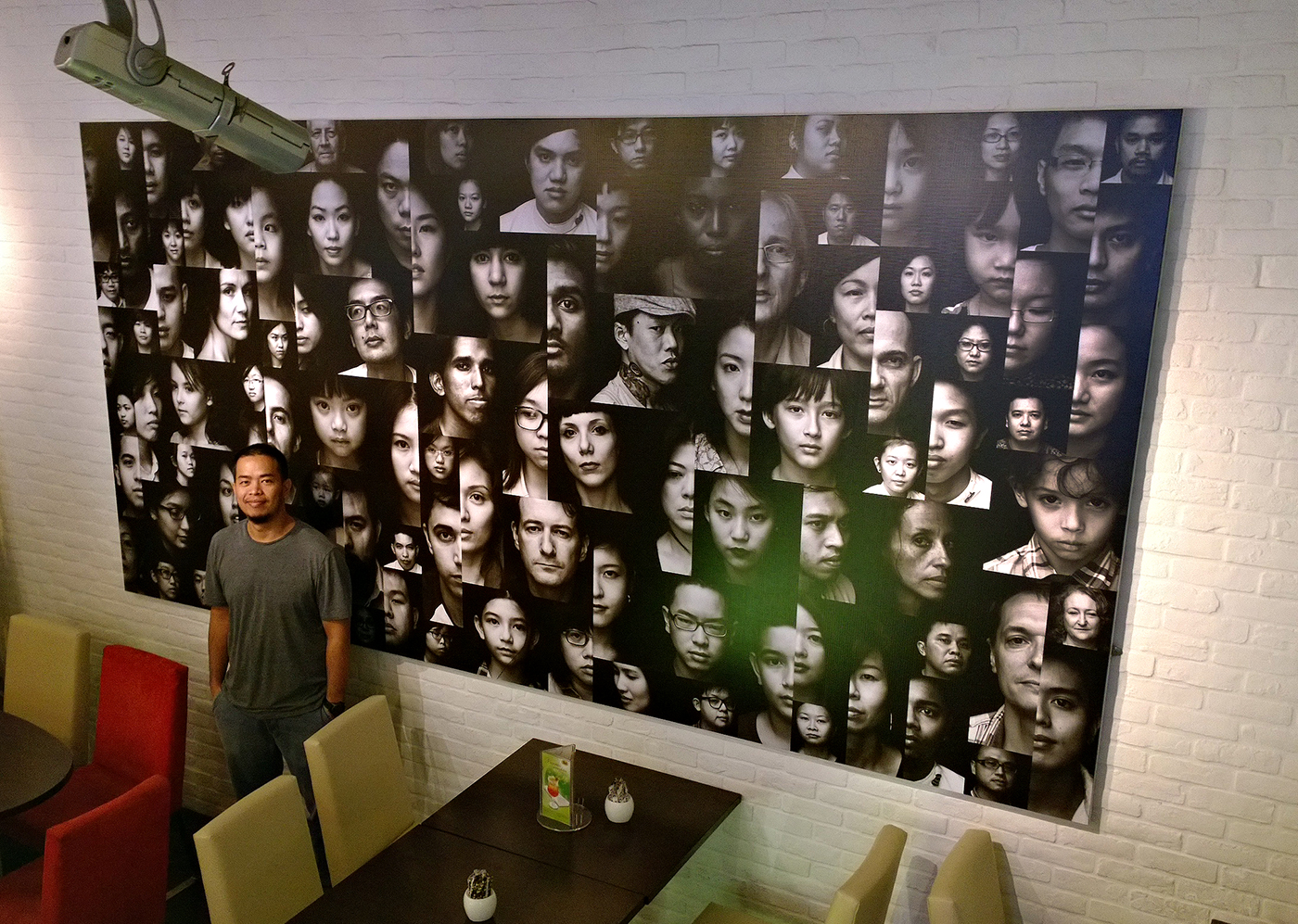 This was the biggest I’ve ever seen my work printed at. It was quite overwhelming. Thank you so much to each and everyone who volunteered to be part of this project. I’ve become a little more confident with portraits after working with you guys. I promised that I would give you digital copies of your photos, and I will… just give me a little more time to sort through the photos :) Big thanks to Claude of art-management.com and tcc for making this possible. And thank you specially to my wife, Kathleen, for helping me out in the shoot :)

Outtakes from the shoot:

Although the portrait session was all about non-smiling faces, at some point, the volunteers couldn’t help but give the biggest of smiles. Here are some outtakes showing some of them when they’re NOT ‘not smiling’ :D 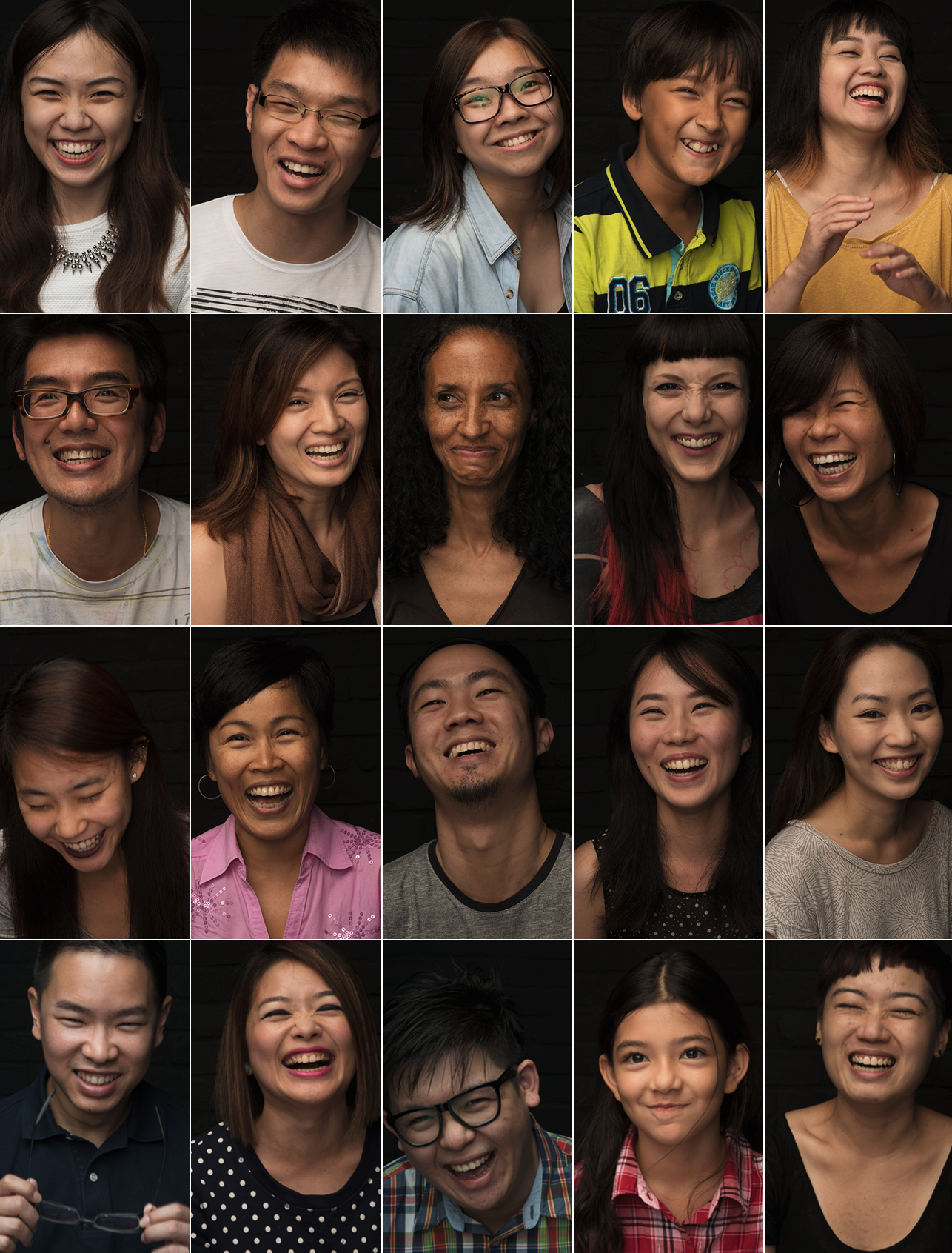 Postscript:
It was my first time to use a Nikon D800E for a studio portrait session, and I have to say… the details captured by this 36mp camera is amazing. Here’s a few examples up close… 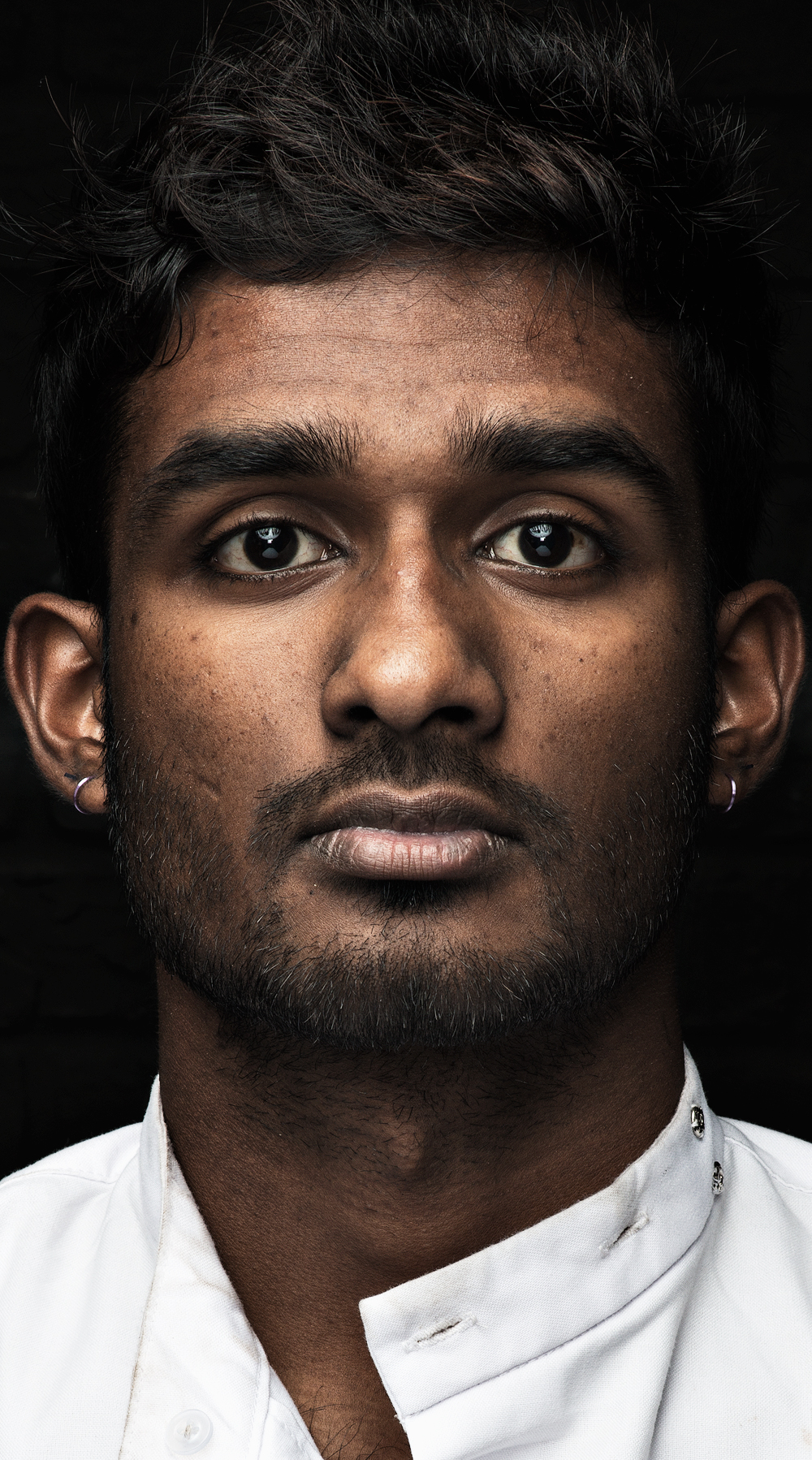 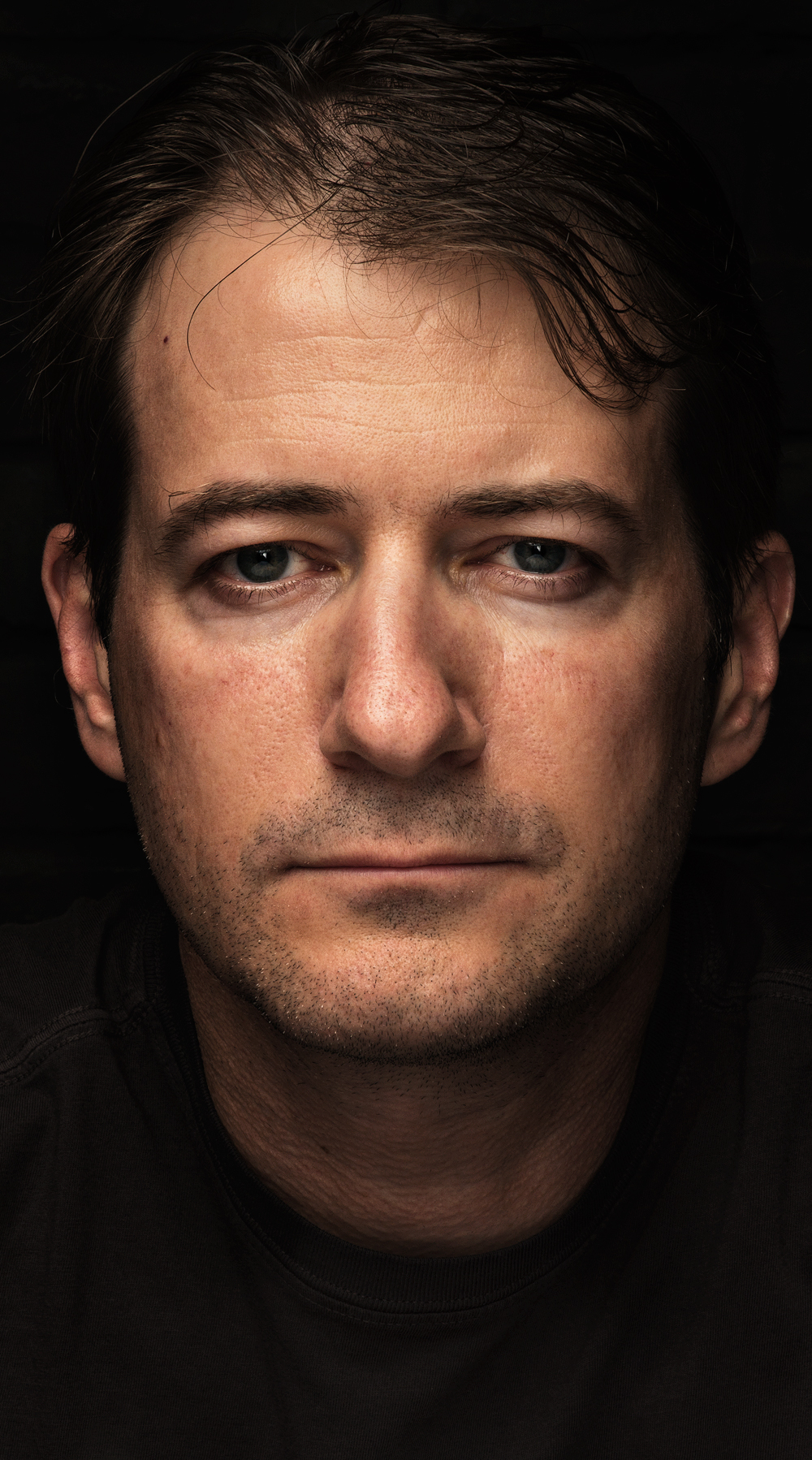