I haven’t been able to work on personal projects or shoot in the streets lately because the past few months have been crazy busy for me. I’ve been fortunate enough to get a number of commissioned shoots – ranging from the usual portraiture to something I haven’t done before like sports photography and shooting in a spa.

It was pretty overwhelming. For a guy who hasn’t been doing this full-time, it still felt like I was new to this. Working on one client after another was very nerve-wracking and exhausting, but the challenge was well worth it. These are some of the commissioned shoots I had the pleasure of working on:

Wilhelmsen Shipping Services
The company was having an annual meeting of executives from offices around the world, and they wanted corporate portraits for 11 of their guys for internal use. The shoot was spread in 2 days during lunch break. On the recce, I recommended that we do the shoot on the jetty a few minutes walk from the main office. There was a concern that the guys might complain because of the heat of the high noon sun, especially since they had suits on. Fortunately, on the shoot day, everyone was in high spirits and I got the expressions I wanted. 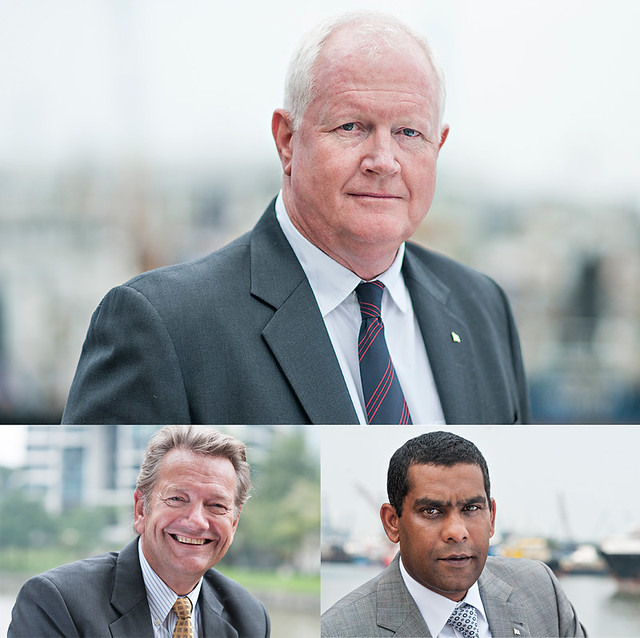 Gradlaw Online School
A group of lawyers / businessmen intended to put up an online law school and was dropping by for a week in Singapore for business. I was commissioned to produce photographs to be used for their website and promotional collaterals. For a whole Saturday, we walked around the Marina Bay area taking business-related photos. Big thanks to Rueben Chia for assisting me on this shoot. 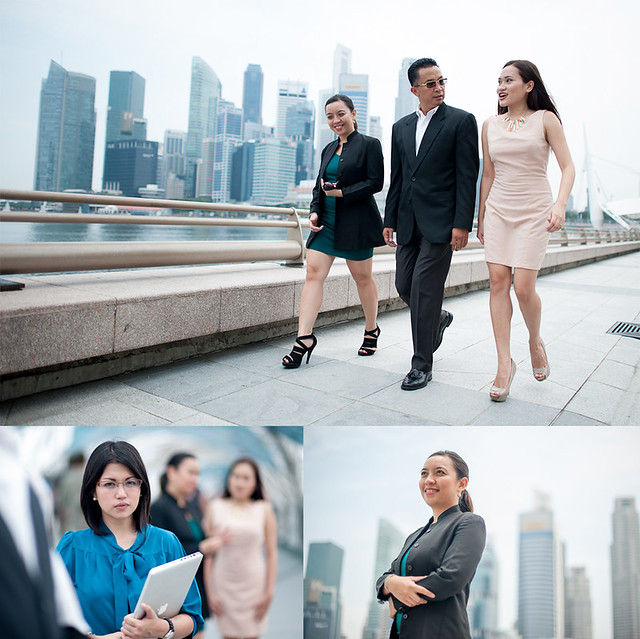 National University of Singapore
I was commissioned by NUS through the uber cool ladies Tracie and Candy from T&C to produce 5 black & white images from around the NUS campus to include to their 2013 calendar. The shoot took around 2 days in different areas of the school. I have to say I was very much impressed with the school’s facilities. Going around campus also made me miss my university days in the Philippines. Big big thanks to Tracy and Candy for having me on this project. 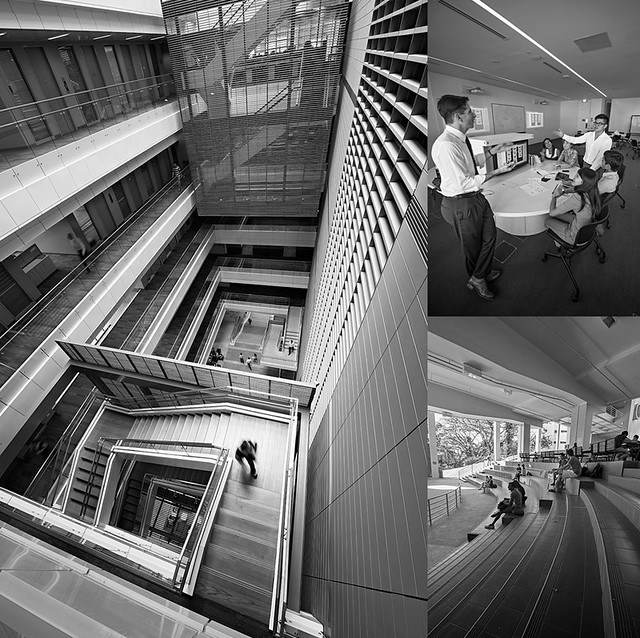 I-Admin
I-Admin commissioned me to produce corporate portraits for their 4 executives. These guys were constantly moving from one country to another that I had to shoot them over a number of days. I had to sneak out of the office for an hour, shoot, then go back and extend my work hours to make up for sneaking out. I photographed them in the street at the corner within the block of their office. Big thanks to William for hiring me, and for assisting me in the shoot as well :) 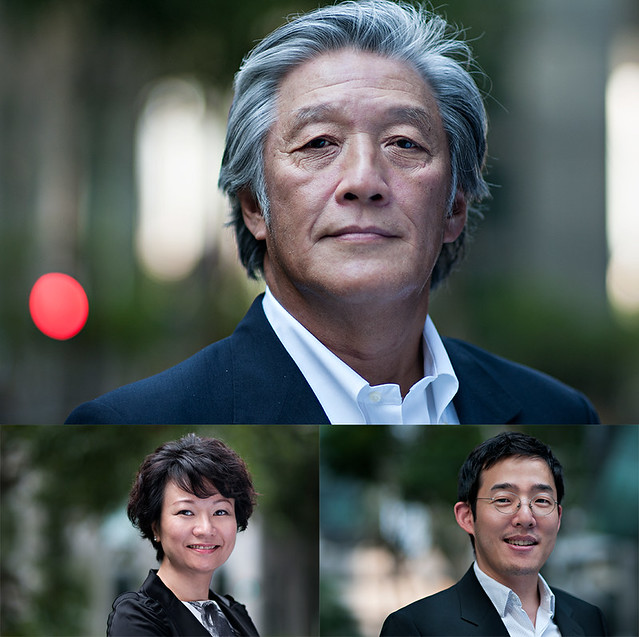 Goodstuph
I’ve worked with Goodstuph before and have always held them with high regard being a kickass social influence marketing studio. So when they asked me to take their staff portraits on a Tuesday, I didn’t hesitate and took a half day off from work. Their office were filled with vintage retro goodies that took me back in the 80s. I just had to use some of them as props in the shoot. 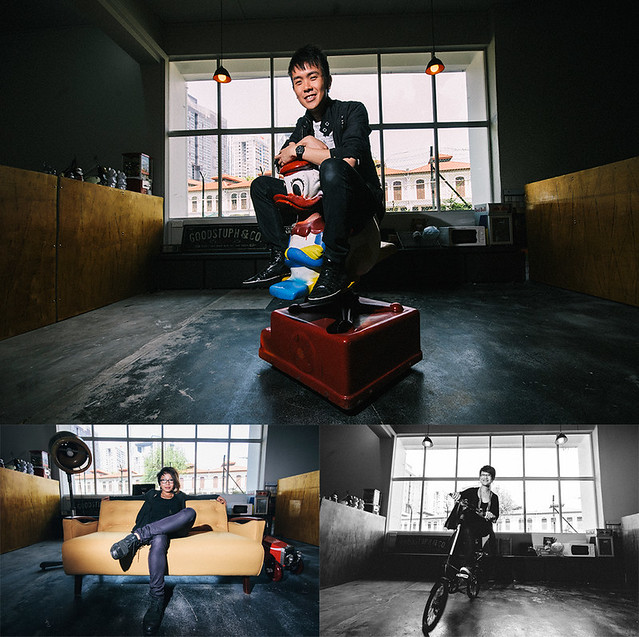 Singapore National Dragon Boat Team
This was a first for me in terms of doing sports photography. We got on a boat and followed the team for their training. It was a bit tricky directing the shoot since we had no walkie talkies to coordinate with the other boat, just plain old shouting. But this was one of those instances where the subject just made the photograph… the intensity of their training instantly made for a good shot. Big thanks to Dana for assisting me in this awesome shoot. 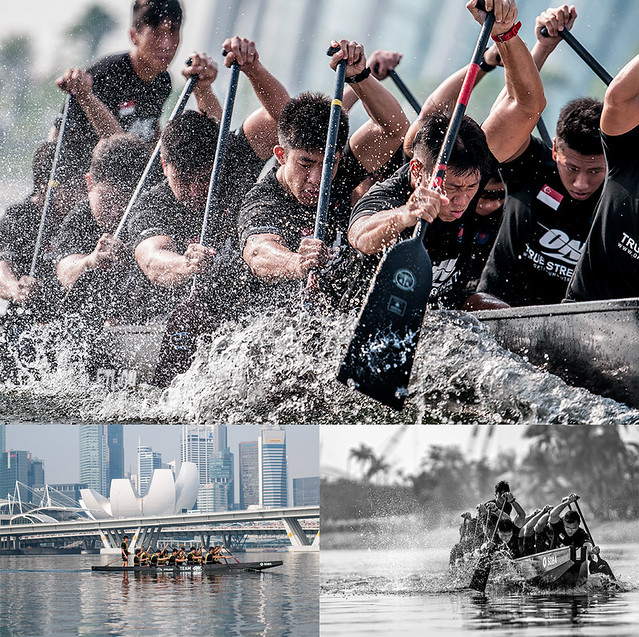 Damai Spa
This was another first for me. I was contacted by Sandee and asked if I was interested to shoot for Damai Spa in Grand Hyatt Hotel. They were offering a new line of services and they needed photographs to use for publicity. I’ve never photographed for a spa before but I figured it was going to be an interesting experience. I visited on a weekend for a recce and took a half day off on a Tuesday for the actual shoot. Shooting around the pool and spa was a nice break from the street that I’m used to. Big thanks again to Dana for assisting me on this shoot :) 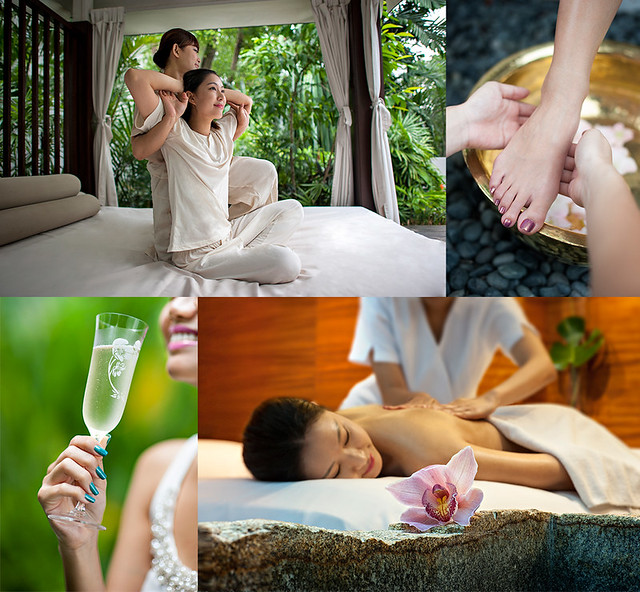 The shift from shooting for myself to shooting for clients has not been easy… but fullfilling and quite an eye-opener. When I started photography 4 years ago, I never dreamed of having such a client-base. Though I still have so much to learn and has a huge room for improvement, these recent works leave me optimistic with my hopes of someday doing this full-time.

Moreover, the influx of clients came in a very opportune time. I’ve been saving up for a wedding this coming December… and if it weren’t for these shoots, I wouldn’t have been able to work up enough funds to give my girl the wedding she deserves :)