A huge chunk of my street photos are those taken in the rain. So I was pretty excited when I eventually got to do an ad shoot for a rain wear brand called Totes.

Fellow photographer and friend, Michael, referred me to Penny who was leading an initiative to create an ad kit to introduce Totes here in Singapore. They wanted a series of outdoor photos that showcased their product, preferably in the rain. Having seen my bad weather photos, they took me in for the job. They hired 3 models for the shoot, so I was going to have my hands full. I’ve never really done a model shoot before, so this was new and pretty scary for me.

We checked the weather forecast and scheduled the shoot at a time that was most likely to rain. We got there early and true enough, it was raining :) But by the time the models were made up and ready, the rain stopped… and my heart sank.

No worries, the shoot must go on. The models and their styling looked great, so that was more than enough for a good shoot. Caz, Mikaela, and Josie proved to be absolute troopers strutting their stuff non-stop. And the chemistry between them was awesome, they had fun working with each other. Plus, they also put in their own ideas for the shoot, which really helped a lot. 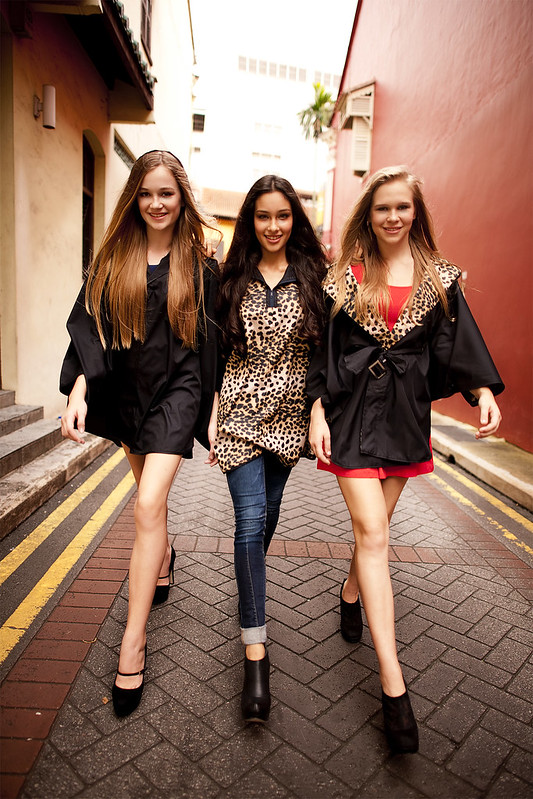 Even though we didn’t get to shoot in the rain, I was still pretty happy with the photos. In addition to photography, Penny also hired me to design their media kit where these photos (as well as some of their other stock photos) were to be used. So that also allowed me to wear my designer hat for the project, which was pretty refreshing too. 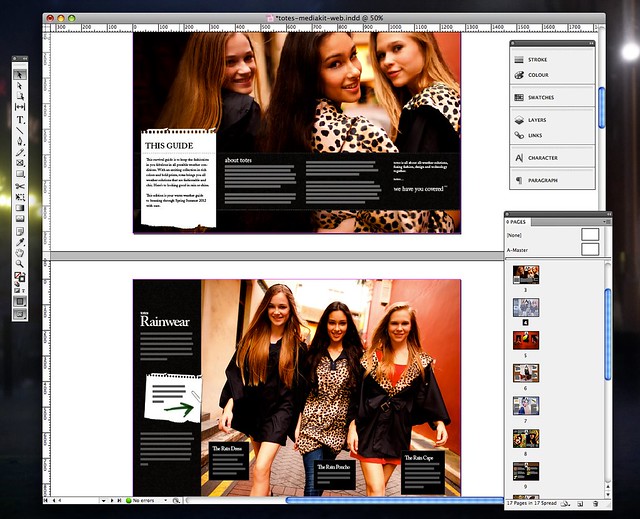 I had fun in this project. I always wanted to do something like this on the street. It’s the kind of shoot I’d like to do more of, either personal or commissioned :)

Here are some of the other photos I’ve taken that day: 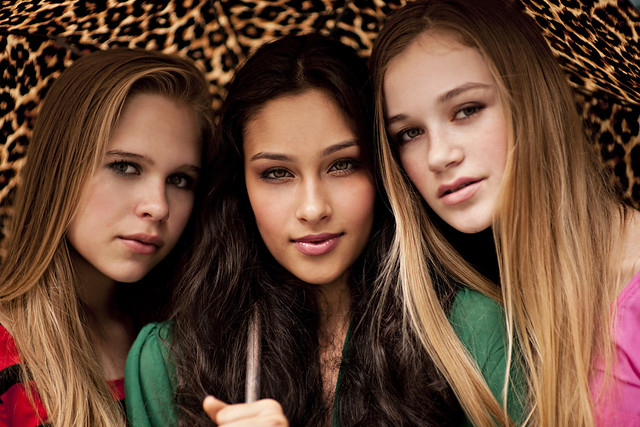 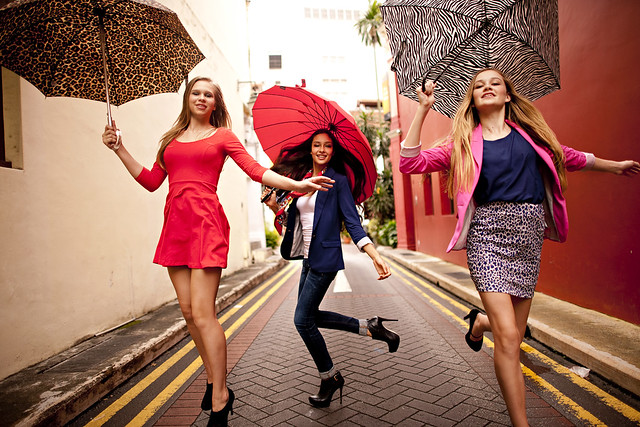 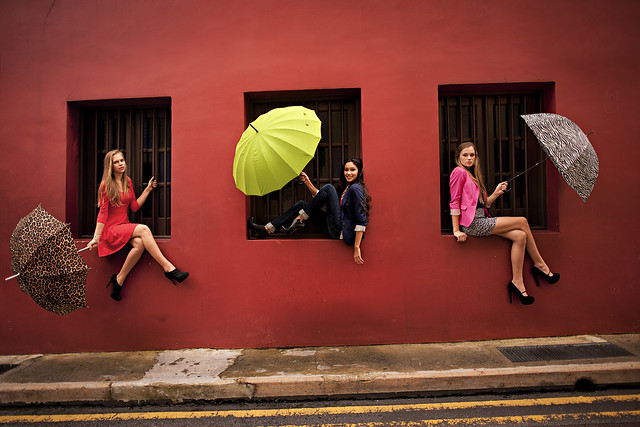 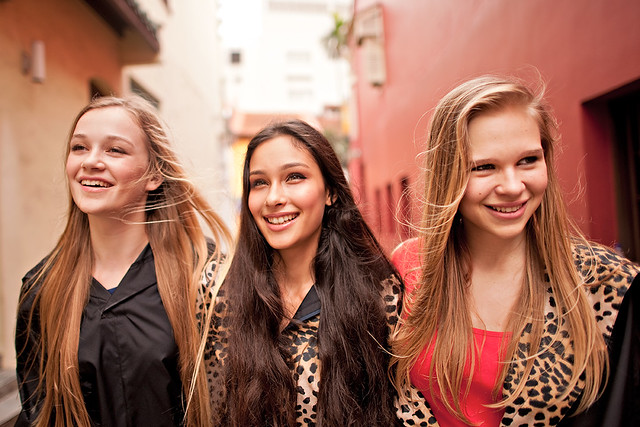 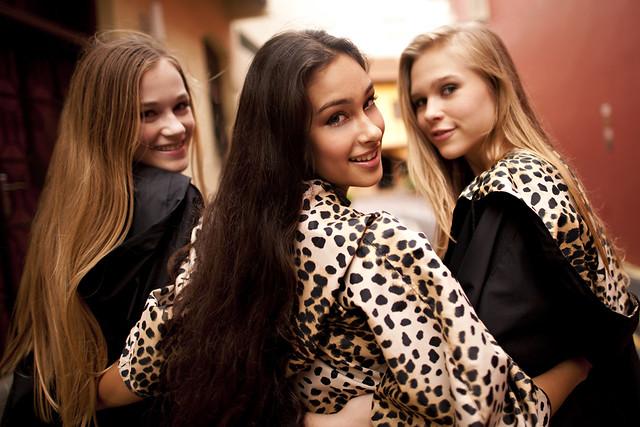 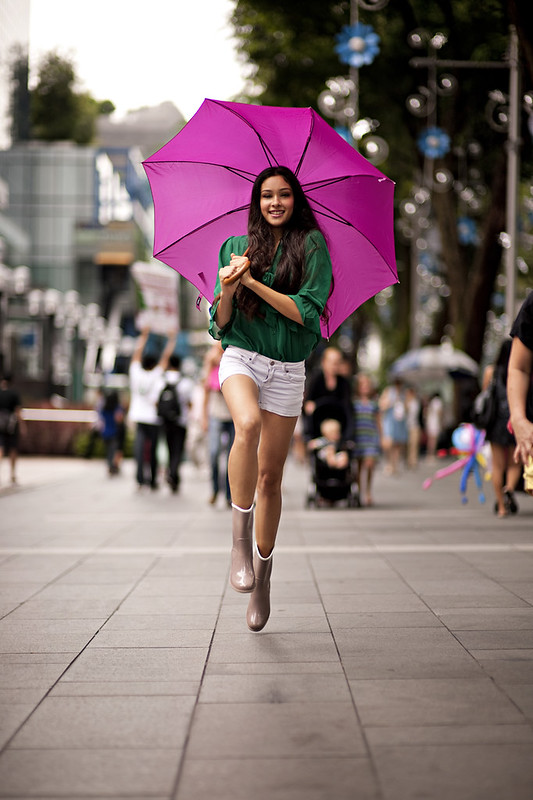 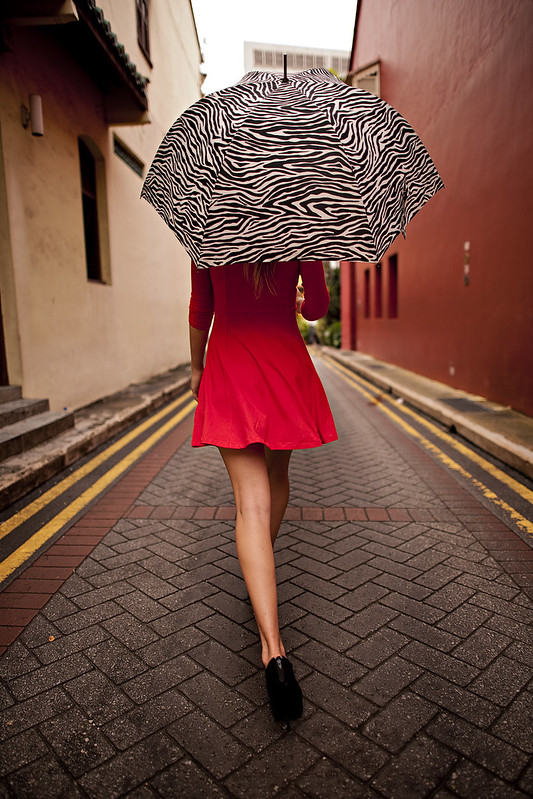 ———————————–
Gears used:
Penny wanted the option to be able to print the photos large possibly for their shop. So I suggested we rent a Nikon D3x for the shoot. The lenses I used are my usual workhorse: Nikkor 85mm f1.4 AFD, and Nikkor 24mm f1.4G